"This is not the end. It is not even the beginning of the end. But it is, perhaps, the end of the beginning." Winston Churchill, November 1942, after the battle of El Alamein.

Summer, 2013 may be remembered as the end of the beginning of the Climate Wars. The decision by the World Bank this week to repudiate future investments in coal-fired power plants except under exceptional circumstances marks the first time that the global community has collectively ruled some forms of high carbon energy development off the table. President Clinton used to say that to stop climate change, the first thing needed was to break the myth that wasting fossil fuels was a sign of progress. This week's World Bank decision calls out and names that myth. What was envisaged for Copenhagen in winter 2009 is happening in Washington in the summer of 2013. 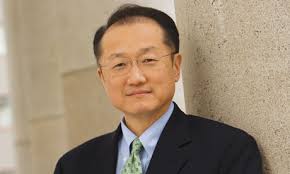 It's a tribute to the leadership of new Bank President Kim Yong Kim that the Bank is emerging as a leader. Several years ago, Bank members rejected a similar draft policy, because emerging economies like China and India were still betting their future -- and that of the rest of the developing world -- on coal as the engine of prosperity.

But as India and China encountered the reality that coal based development is unreliable, costly, and highly destructive, both have been shifting their internal emphasis to clean, low-carbon electricity sources. That created an opportunity for Dr. Kim to create the necessary consensus among the World Bank's members to refocus its energy lending on clean renewables.

If the World Bank shift was El Alamein for climate campaigners, President Obama's climate speech on June 25 was the other pincer of 1943, Eisenhower's invasion of North Africa. The major theme of Obama's speech was reducing the use of coal in the U.S. power sector through EPA regulation; but its subplot may turn out to be as or more consequential. Obama mandated that U.S. agencies -- AID, the Export Import Bank, and the Overseas Private Investment Corporation -- stop using taxpayer funds to encourage the sale of U.S. coal and U.S. coal burning equipment as a form of development aid in other countries. That created a cascading and global series of tilts towards clean energy.

Yesterday, the first concrete U.S. governmental results rolled in: the Export-Import Bank announced "Today, following a careful environmental review of the Thai Binh Two coal-fired power plant, the board of directors of the Export-Import Bank of the United States voted not to proceed with financing of U.S. exports destined for the 1200 megawatt coal-fired power plant in Vietnam."

Other development landing banks are moving as well. The European Investment Bank last month adopted a specific carbon limitation, an even tougher standard than that embraced by the World Bank. UNFCC Chief Connie Hedegaard is calling on the European Bank for Reconstruction and Development to phase out fossil fuel funding. The combination of World Bank and U.S. leadership in saying that coal is no longer the default development pathway for Africa and Asia is stunning -- combined with Obama's declaration that the U.S. domestically will move Beyond Coal, it's a sea change. But this is not all. Just as Allied victories against the Nazis in North Africa were followed by other victories in other theaters -- Guadalcanal, Stalingrad -- coal is on the defense far more broadly.

In India, a new report by the think tank WISE calculated that India's looming dependence on imported coal and oil would produce an intolerable current accounts deficit; by 2030, somewhere between 13-39 percent of total GDP! A coal-fired future is simply not affordable. At the same time, WISE found that for new capacity, and new coal supplies, renewables are already cheaper in India than coal -- grid parity has arrived.

In Australia, one of the world's major sources of those coal exports, a recent poll found that public opinion has rallied around the nation's controversial carbon tax. The new Prime Minister, Kevin Rudd, warned his nation in his inaugural speech that it could not longer rely on commodity exports to fuel its future prosperity: "The truth is in 2013 -- the China resources boom is over. While the export of resource and commodity volumes are up, the prices we receive for them have now fallen almost 25 percent since their peak and may well fall further." So while China and India cannot afford to import more coal at its current prices, Australia cannot afford to export more coal at those same prices. The Asian international market can no longer expand. There is cheap coal -- but it is not abundant. The limits are being reached.

In Southern Europe, new data showed that the cost of running coal power plants might increase by a third because of the need to replace cooling systems dependent on shrinking and steadily warmer rivers.

And in a path breaking vote of confidence in distributed renewable power as the key to ending energy poverty, Peru announced a comprehensive program to provide solar power through distributed mini-grids to its remaining two million unelectrified citizens, one-third of its population. Energy and Mining Minister Jorge Merino declared that the program "is aimed at the poorest people, those who lack access to electric lighting and still use oil lamps, spending their own resources to pay for fuels that harm their health." Once accomplished, this will leapfrog Peru over Bangladesh, as the country with the highest rate of off-grid solar market penetration.

And the cost? Peru will electrify 500,000 households for only $200 million, roughly what those households spend in one year on kerosene. The solar price revolution is finally paying off for the poor.

The fossil lobby will fight back. The one publicly skeptical voice on the World Bank Board was South Africa, a major coal producer and exporter: South African Ambassador to the United States Ebrahim Rasool commented, "Africa is still largely underdeveloped, and the barrier to Africa's development consists largely of its energy poverty. " (A statement that might surprise the extremely poverty stricken Ogoni residents of Nigeria's oil-rich Rivers State). "So we, too, as Africans, want to get to a state of development, and in getting to that state of development, we would not want to be the sole contributors to mitigating what we haven't caused. I think that is the tension."

Voices are already being heard complaining that President Obama's Power Africa initiative will be jeopardized if the current carbon pollution limits shaping investments by the Overseas Private Investment Corporation (OPIC) are not gutted. "It's pretty hard to do a renewable project for a tariff less than 17 cents," Christopher Camponovo of Symbion Power said. "So how do you make a renewable energy project commercially viable when ... their retail tariff is way lower than what it's going to cost me to develop a project and sell electricity at a rate that makes it commercially viable?"

What Camponovo did not deal with is the reality that Africa's electricity rates don't, it appears, work for natural gas power either -- Nigeria, the continent's largest gas producer, flares most of its gas, and even Anglola, which is moving to utilize gas, is envisages most of it being shipped to Europe as LNG, rather than used domestically for village power. The problem with natural gas -- or any centralized electricity system for village use in Africa -- is that the cost of running wires to the villages exceeds the value of the power the villages can currently use. Only distributed renewables -- micro-hydro, biomass and solar -- can get power in small quantities to remote villages for an affordable price.

But Camponovo's argument -- that distributed renewables is somehow not "real" because it does not meet the outmoded utility business model that has left most Africans dependent on kerosene -- will continue to be heard, and will continue to resonate with much of the foreign policy elite.

But the mood is shifting.

Yet even as we move towards victory in the climate wars, we must remember that victory in war leaves behind casualties and losses. It requires later reconstruction. The world will still endure hurricanes, and droughts, and floods, and forest loss that could have been avoided, had the progress of this summer happened four years ago. So those who say "it is too late" are right in the sense that much we could have saved will now be lost. But when the tide turns, it is initially feeble as it rises -- but once it floods, it does indeed lift all boats.

A veteran leader in the environmental movement, Carl Pope spent the last 18 years of his career at the Sierra Club as CEO and chairman. He's now the principal advisor at Inside Straight Strategies, looking for the underlying economics that link sustainability and economic development. Mr. Pope is co-author -- along with Paul Rauber --of Strategic Ignorance: Why the Bush Administration Is Recklessly Destroying a Century of Environmental Progress, which the New York Review of Books called "a splendidly fierce book."