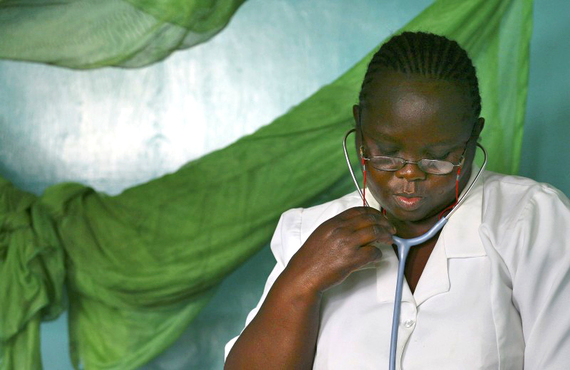 A few months ago, I looked at the World Bank Group's commitment to "shared prosperity," Bank-speak for reducing inequality, and challenged the Bank to take concrete actions to address this critical priority.

Promisingly, the Bank Group has recently increased its focus on the health of the bottom 40 percent of the population in developing countries, and on promoting Universal Health Coverage as a key solution to foster equity. In President Jim Kim's own words, "achieving universal health coverage and equity in health are central to reaching the [Bank's] global goals to end extreme poverty by 2030 and boost shared prosperity."

But are all parts of the World Bank Group now aligned with this approach? In our new report, "Investing for the Few: The IFC's Health in Africa initiative," we explore this question by reviewing the Bank Group's investments in the for-profit health sector in Africa via the International Finance Corporation (IFC), the Bank's private sector lending arm. Unfortunately, the answer is a resounding "no." In fact, many of Health in Africa's investments have gone to expensive urban hospitals and clinics often explicitly catering to the wealthiest citizens, and failing to expand access to poor Africans. Even a recent independent mid-term review clearly states, "Health in Africa's founding documents highlight the fact that the initiative would focus on the underserved and this has clearly not happened."

For example, the initiative supports a hospital in Nairobi where it would cost the average Kenyan woman a minimum of three to six months' wages to deliver a baby. Its largest investment is in the South African company Life Healthcare, a network whose services are unaffordable even for many comparatively wealthy South Africans. Only selected services are covered by health insurance and only 15 per cent of South Africans have any kind of health insurance at all.

The initiative has even invested in a luxury IVF clinic in Nigeria charging $4,600 for one cycle of IVF, in a country where the need for the most basic maternity services is immense. These examples highlight a failure to either deliver affordable health care to the poorest or to reduce the gap in access to health care between the rich and the poor in Africa.

In addition, in all these worrying examples, representative of the information available, the IFC failed to adequately measure whether it is actually reaching people living in poverty. Given the stated goals of the initiative, this failure to measure impact is of particular concern.

There is a lot of talk about the current restructuring of the World Bank Group under Jim Kim's leadership. Health is one of the new Global Practices meant to ensure that the work of the whole Bank Group, including the IFC, follows one coherent strategy focused on universal health coverage, poverty eradication and shared prosperity.

Will this restructuring deliver? The IFC's Health in Africa initiative is supposed to be reviewed this year. A tangible result will be a commitment from the Bank in the next few weeks to re-evaluate it under the prism of the Bank's corporate goals and focus on universal health coverage. Only then will the Bank be able to say whether the IFC's Health in Africa initiative -- and more generally the IFC's investments in health -- deserve to be part of Jim Kim's ambitious vision. We at Oxfam eagerly await the answer.