The World Bank has announced a new policy of trying to modify human behavior -- like cereal and car companies do through advertising -- so that poor people around the world break with their old cultural habits and invest in health care and other benefits.

The thousands of economists who work at the World Bank -- an international organization based in Washington DC that lends tens of billions of dollars each year to poor countries -- have long assumed that people are rational -- that they will use common sense and save money to invest in their family's health, education or small businesses.

However the Bank's 2015 World Development Report released this week says that, in reality, people are not so rational. They often make decisions based on prejudice, stereotypes, and habits that are destructive and harm themselves, such as smoking, pollution, abuse of women and violence against rival religious and ethnic groups. 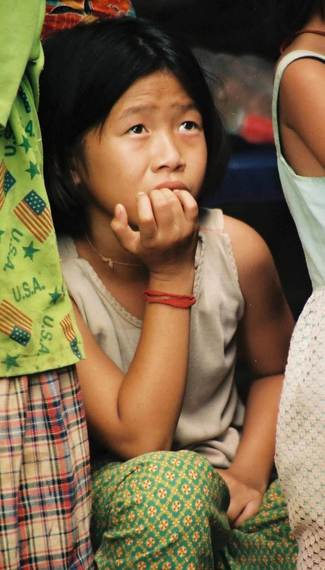 "This year's World Development Report -- Mind, Society, and Behavior -- could not be more timely," said World Bank President Jim Yong Kim. "It's main message is that when it comes to understanding and changing human behavior, we can do better."

In a briefing today [Dec. 4] at the Bank headquarters four blocks from the White House, Kim noted that people often think automatically, not through careful reasoning and reflection; they also tend to think socially, conscious of what friends and family are thinking; and they follow mental models such as successful leaders.

Kim, a former president of Dartmouth College, said that pharmaceutical and other companies had for decades successfully used advertising to get people to modify behavior and buy their products.

He also noted that behavior modification to fight poverty has been successful in the past. For example, some writers of sitcoms and soap operas had included anti-smoking messages. And when Brazilian soap operas screened lead actresses as either childless or with at most two children, family size in Brazil plunged.

Kim said he has just returned from visits to the three West African countries fighting ebola epidemics and noted that any success in that battle comes from "change of behavior." This includes constant hand washing in bleach as well as not touching infected people or corpses.

One of the authors of the Report, Varun Gauri, said in a briefing that "each year, 7.6 million children under the age of five die from avoidable, preventable causes" in part because their families "underinvest in preventive health care."

"They don't, for instance, vaccinate their children with a full course of immunizations even when the vaccines are free. They sometimes don't use insecticide-treated bed nets for malaria, even when they own those bed nets." The new challenge the Bank faces is to persuade people to change their behavior to escape from poverty and disease.

A Bank pilot program gave families a metal box, a ledger book, and a lock so they could save money for health emergencies or have cash to buy medicine, mosquito nets and other preventive health materials.

The families could have spent the money, as they had the key, but instead they saved and invested in health care. The box changed their thinking about savings.

But the negative effects of cultural bonds have long been apparent to those who visit the countries of the developing world.

In Nepal, local healers had for years told families that when babies have dysentery, they should not give any water. As a result, many died from dehydration.

When U.S. aid programs trained young men and women as health workers, the healers and village chiefs scoffed at them for promoting oral rehydration therapy -- water with a bit of sugar and salt -- a sure-fire treatment for diarrhea.

Also in Nepal, deforestation was causing erosion and landslides so aid teams paid villagers to grow nurseries and transplant saplings on steep slopes. But thieves cut the young trees to sell for fuel and construction. Only after locals were given ownership over the new trees through a community forestry system did they stand up to the thieves and protect the saplings.

Worse examples of culture blocking development exist. In Iraq, Shiites and Sunnis have long seen religion as a zero-sum game in which only their own side should get jobs, land, and power.

In Afghanistan, Pashtun, Tajik and Hazara communities have lived side by side at times but in the open civil war since the Soviet Union pulled out in 1989 have committed massacres, destroyed crops and inflicted terrorism against rival ethnic groups.

In Haiti and Egypt and Yemen some jobs remain only open to members of certain castes or groups. In India, prejudice against women remains strong.

"This is something we think about all the time," said Kim in response to a question.

While he said there are not magic solutions for all ethnic and cultural conflict, the Bank could be more systematic and support reconciliation such as took place in Rwanda and Central America after conflicts ended.

The Report marks what may be a huge change in the way international organizations attempt to improve the lot of billions of poor people. Using the techniques of advertising and other systems to create social change, the Bank hopes to create a number of small projects and see what kind of change in habits can be achieved.

Asked if the effort to change human behavior amounts to mind control, Kim said: "we want to stop smoking, stop ebola and improve farm output," all laudable goals. "We should be transparent about what we try to do."

Ben Barber has just published a book of photojournalism and stories from his 30 year career covering the developing world called: GROUNDTRUTH; Work, Play and Conflict in the Third World. It is available for $34 at www.benabarber.com