Last week in Lima, Peru, the World Bank hosted one of their global consultations on loan safeguards. The Bank had previously published the first draft of their Environmental & Social Framework. This draft lays out the safeguards (rules/standards) by which Bank loan recipients must live up to in order to qualify for funding. These safeguards cover a wide variety of subjects and issue areas. These include: disability rights, child rights, gender and sexual minority rights, climate and forest safeguards, and broad labor standards. If nothing else, they are supposed to ensure the Bank isn't helping to foster non-sustainable growth and making sure the prosperity is shared by all. The safeguards, once final, must have real meaning and enforcement or they will not be worth the paper they are written on.

After releasing the draft, the Bank has been hosting consultations worldwide to get much needed buy-in and local input from the people and communities that will be most directly impacted by the decisions they make. This is what brought the Bank, a wide assortment of local activists from across Latin America to Lima and Cusco, Peru last week. Suffice it to say, it did not go as the Bank would have liked. 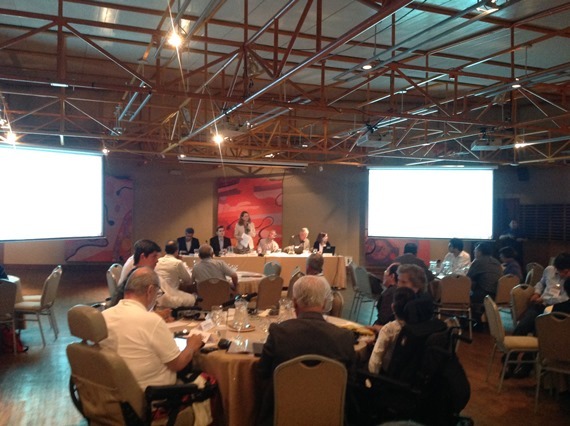 Like previous consultations, Lima was draped in a sense of secrecy with a total lack of transparency from the get go. This is not the way to start out on the right foot. After the Lima consultation, the General Labor Center of Peru's Ibis Fernandez expressed her concerns regarding the "the general sense of secrecy by not allowing the press into the venue where the Bank was holding the consultation."

The response of civil society groups in Lima on the draft new policies presented by the Bank was very straight-forward, outright rejection. As Cesar Gamboa from Peru's Derecho Ambiente y Recursos Naturales explained, "This is not an isolated situation, it's been happening in other parts of the globe, a general sense of rejection to the Bank's draft. What we expect is that the Bank takes into account what they are hearing. They cannot go from consultation to consultation without changing their position."

Concerns were raised with the World Bank's inability to explain how, when, or what criteria they will allow countries to use in the implementation of the proposed Social and Environmental Standards. The same concerns were echoed by Civil Society Organizations (CSOs) from other countries attending like Bolivia, Peru, Colombia, Ecuador, Argentina, and Mexico. They explained one by one their situations at home. Javier Jahncke, representing Red Muqui in Peru, argued that "giving up core safeguards responsibilities in the name of sovereignty is tantamount to avoiding accountability."

Henderson Rengifo, President of AIDESEP (Peruvian national indigenous coordinating organization), said that "while in Peru indigenous peoples' protections are being diluted, the Bank's proposal seems completely blind or oblivious to this situation. The Bank even went as far as to introduce an opt-out clause so countries can choose not to apply the indigenous peoples' safeguards."

But the straw that broke the camel's back - the statement that actually caused a mass walkout from the CSOs in the room - was the Bank's statements on their international obligations. In short, Bank officials claimed they have no obligation to comply with international treaties and/or laws since the Bank itself is not a member-state. This was too much for many local people to swallow. After all, if the Bank does not have to live up to well-established and recognized international laws, they can get away with a lot of illegal behavior. They could even ignore their own regulations. This is not the thing to tell a gathering of local and international activists brought together for the sole purpose of making sure Bank safeguards have real teeth and will be enforced.

On the heels of these statements, the bulk of the CSOs and local activists present stood up and walked out in mass. CSOs released a statement following the walkout. Communities worldwide as well as CSOs want a genuine give-and-take. But that takes two sides listening to and respecting one another. If the Bank truly believes it can ignore international laws and treaties - that it is above the law - why would it negotiate in good faith at all? Apparently the Bank answers to no one. 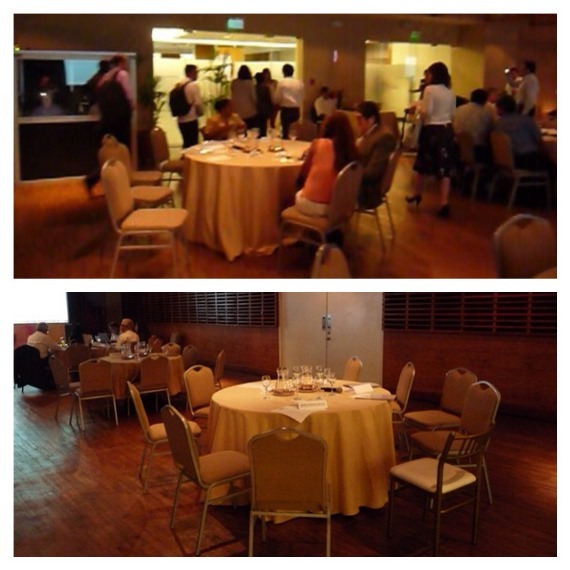 Global consultations on the current draft are scheduled to conclude on March 2nd. At that time, the Bank will no longer be accepting public input. Rather, in theory, it will take what it has heard thus far and produce a new draft. While the hopes are high for this next draft, the Bank has done precious little to inspire any sort of confidence. It is next to impossible to listen to peoples' concerns when they are forced to shout them from the streets. But explaining in advance that you don't recognize international law is bound to lead to just that. Simply ask the good people of Lima.