An Octopus in Germany is stunning soccer fans around the world with his remarkable ability to predict the outcome of German World Cup games. Paul, a mollusk in Oberhausen, has correctly picked the result of all three German games so far. Most recently, the savvy octopus foresaw that Germany would edge Ghana to advance to the tournament's knockout stage, according to Sky News.

(PAUL MADE TWO FINAL PICKS. CLICK HERE FOR HIS WISDOM.)

The prized prophet informs humans of his prediction by choosing between two boxes, each containing a delicious snack and decorated with a World Cup country's flag. Paul correctly picked Germany to conquer Australia in their first game, and he even called Serbia's shocking upset against the Germans.

The sea-bound seer faces a unique challenge for his next selection. Paul was born in England, Germany's next opponent, and thus has deep allegiances to each team. It may never be known which team Paul will be rooting for, but he will predict a winner on Friday.

Scroll down for photos of Paul prognosticating.

UPDATE: The octopoid oracle has picked Germany to beat England. A photo and video of his latest selection -- featuring Paul completely inside the the food-carrying box to enjoy his scrumptious snack -- is below. 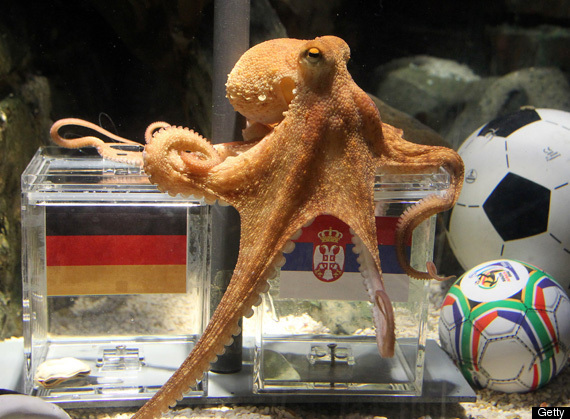 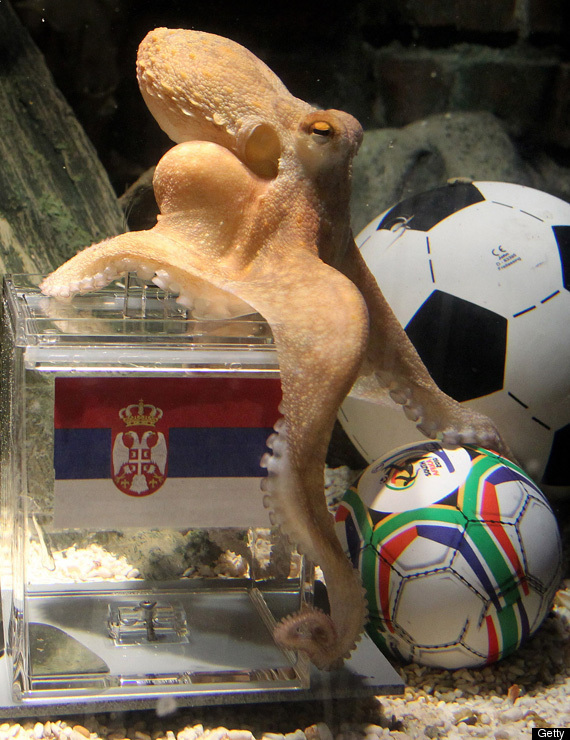 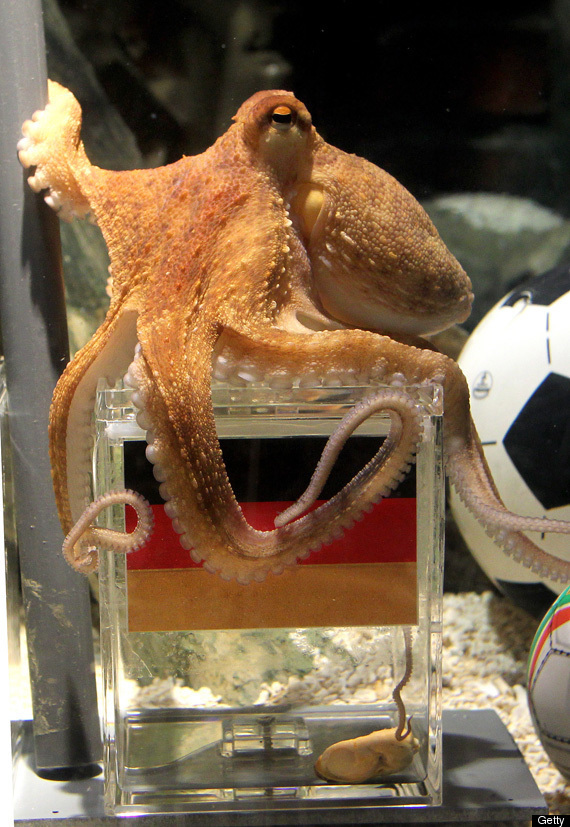 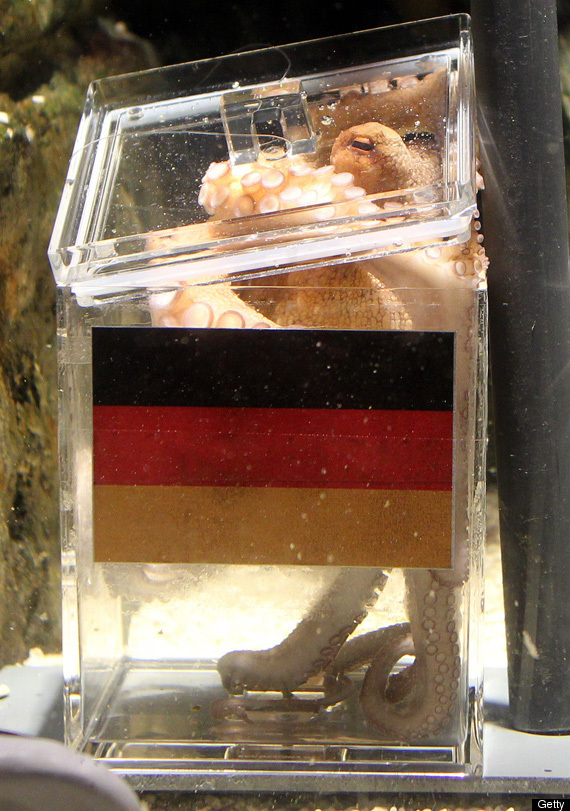 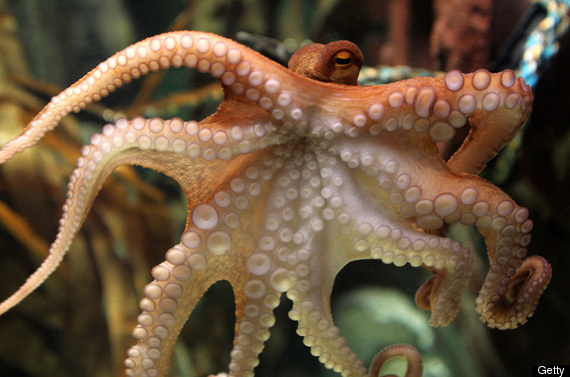