Even heroes have to tie their shoes every now and then. But the most heroic? Well, they tie shoes for other people.

Australian soccer player Mark Bresciano lent his hands to a boy on crutches Friday after noticing the boy's shoe had come untied. The boy had taken the field along with Bresciano during pre-game festivities but couldn't reach his shoe. 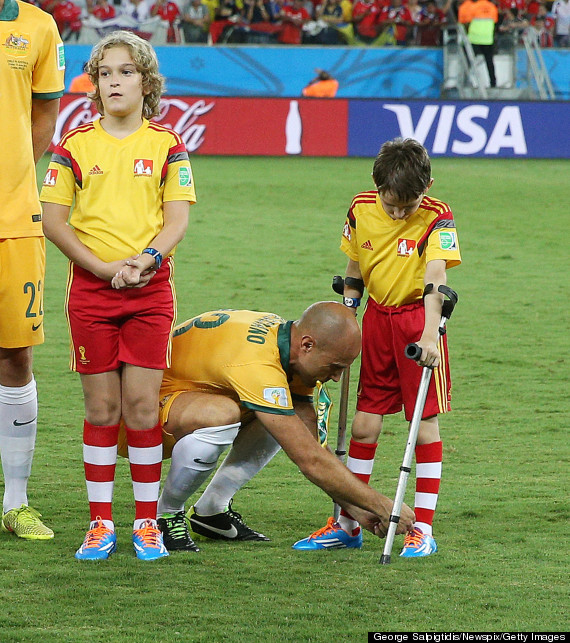 Socceroos player Mark Bresciano of Australia bends down to help tie the shoe laces of a boy on crutches ahead of the 2014 FIFA World Cup Brazil Group B match between Chile and Australia at Arena Pantanal on June 13, 2014 in Cuiaba, Brazil

The touching moment, captured by a photographer prior to Australia's game against Chile, has been speculatively called the World Cup's "enduring image" by Fox Sports.

Regardless of its status as the enduring image of the tournament, it is undeniably heartwarming. 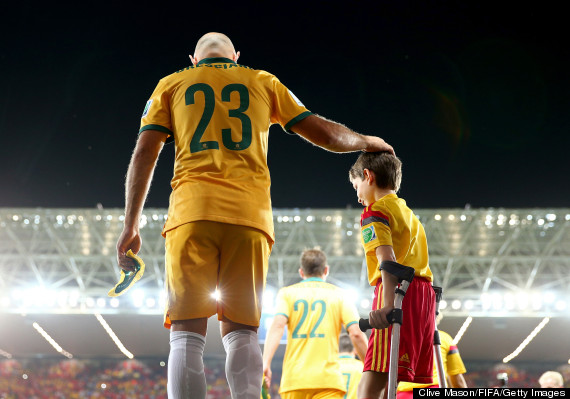 Mark Bresciano of Australia with a young player escort prior to the 2014 FIFA World Cup Brazil Group B match between Chile and Australia at Arena Pantanal on June 13 in Cuiaba, Brazil.