On Sunday, 25.4 million people were glued to the Women's World Cup final, the most-watched soccer competition ever broadcast in the United States. The U.S. women dominated the 5-2 game against Japan with Carli Lloyd's hat trick, not to mention Lauren Holiday's phenomenal power-house volley. 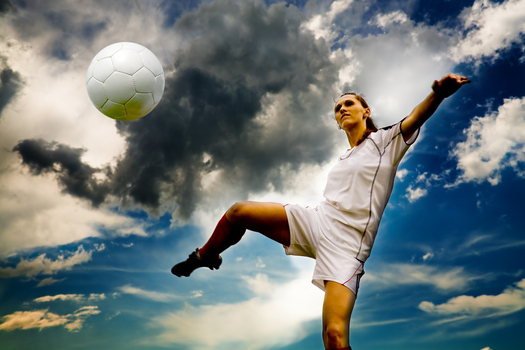 But these same heroes we're applauding are still competing -- against inequity on and off the field regarding conditions of play (inferior turf for women versus real grass for men), pay ($2 million for World Cup women winners versus $8 million to the U.S. men for losing in an early round last year) and more.

Coverage and support for the women's tournament pales in comparison to the men's contest, although huge numbers of viewers are clearly interested in watching women's sports. On Monday, The New York Times failed to even mention the women's win above the fold, ESPN barely referenced the U.S. women on its homepage, and while President Obama (with two daughter-soccer players) has thrown the first pitch to open Major League Baseball's season, he did not attend the U.S. final match in nearby Canada.

Title IX -- the federal law requiring gender equity in federally-funded education programs (including sports) at the primary, secondary, and college level -- turned 43 last month. Yet, today, very few understand what the law requires, including those in charge at our educational institutions. A recent report on compliance problems revealed responses from school principals such as "I have no idea what Title IX is, sorry."

In our schools, girls and women can study hard alongside their male peers, but at the end of day, when the bell rings, they are stuck with inferior facilities, less-experienced coaches, tattered uniforms and hand-me-down equipment. Girls of color and those in low-income areas especially suffer from discrimination in school athletic programming, cutting off pathways to college sports scholarships and other lifelong benefits (including higher wages) associated with play. How can a girl reach confidently for higher education and workplace success if she is always relegated to second place on the fields and courts, looking on as boys get more?

Knowing our U.S. women's soccer squad will have the first-ever New York City ticker-tape parade for a female team is heartening (even if they've waited too long). But once the confetti is swept aside, and until the next World Cup, every day we must look out for and act on inequities. Demanding change for female athletes in local schools ensures the next Carli Lloyd will get her chance to take the playing field -- an even one.