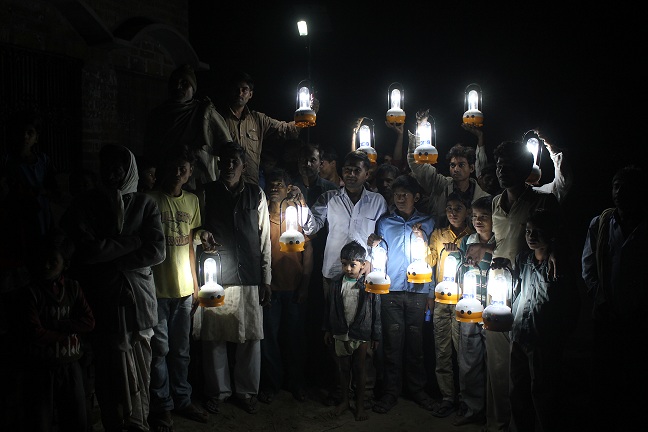 The Sustainable Energy for All initiative has rightfully united the world's attention on a critical development issue -- delivering universal energy access. But whether it's grid extension, distributed clean energy, or a combination of both that ultimately ends the darkness that traps the rural world one thing is clear -- an obsessive focus on the price of the first kilowatt hour the poor receive, all but ensures the job will never get done.

The biggest problem with a focus on the price per kilowatt hour is the failure to prioritize coverage, and speed. Today, it is clear that off grid clean energy is cheaper than subsidized diesel and kerosene even if it may not be as cheap as the subsidized grid electricity prices in India, Malawi, Haiti and other nations. But it is unconscionable for those without energy to be forced to continue to spend huge portions of their monthly income on dirty kerosene and diesel instead of cheaper and cleaner solar or biomass because we want them to wait for the grid to arrive; A grid that hasn't come for decades, and won't come for decades more.

How many babies need to be borne in the dark? How many women need to die unnecessarily of snake-bite while picking vegetables in the dark, or get lung cancer from breathing kerosene fumes? How many children should lose their schooling opportunity to darkness because someday the grid will arrive, and when it does, its electrons - but not the total cost of the connection -- will be cheaper than those you could pluck off a mini-grid next month? The conversation about price per kilowatt hour sounds very much like a conversation among folks who already have electricity, not one you would have with people who lack it and are going without food to pay for kerosene.

The second problem is the nature of subsidies meant to reduce prices for the poor. Let's be clear: Government subsidies to the power sector, (or socialism) can provide universal, or well nigh universal, electrification. Vladimir Lenin proved this. So did FDR. Vietnam is the most recent success story. But many countries with enormous un-electrified populations have shown that subsidies alone cannot, ever, provide universal access to electricity in the absence of a driving national development mandate for universal service. Where pictures can easily be snapped of electric wires soaring over kerosene dependent homes you can be fairly certain that such a driving national mandate is lacking.

Happily enough a new bottom-up approach is emerging even though it has a long way to go. Bangladesh is now installing 30,000 to 40,000 solar home systems every month. Dlight distributed their 10 millionth solar lantern this month. OMC is busy completing its 10th solar mini grid because the economics of centralized grid extension simply don't work.

The poor no longer need to wait decades for power. Instead they wait days or weeks for small scale localized systems to be installed by local companies employing local installers whose money is recycled in local purchases. The cascading development impacts of decentralization.

But for this approach to scale we need entrepreneurship, not bureaucracy. These approaches are working not because subsidies made them affordable. They were delivered because the alternative, no power or dirty kerosene, was too costly to bear. Every day a village waits for the grid to inch its way closer this cost is paid and its one those who obsess over the kwh price of energy the poor pay fail to include.

It's time policymakers woke up to the real impact of distributed power, entrepreneurial solutions, and bottom up electrification. There are a hundred, nay a thousand, unnecessary obstacles that will slow down progress when it's judged by the wrong yardstick. It's time for that yardstick to be the presence of energy, not its price. Because without one, the other is completely irrelevant.