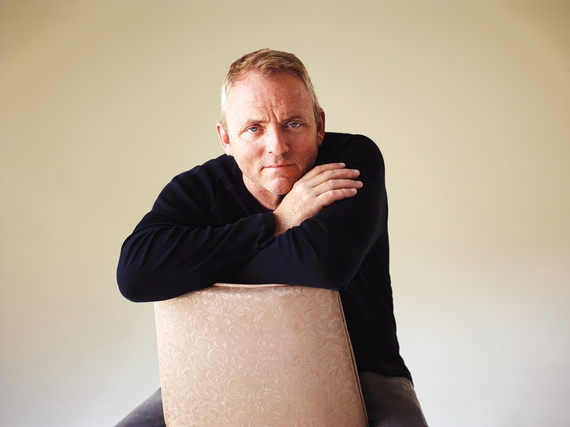 Dennis Lehane is known to millions of readers. His novels Mystic River, Gone, Baby, Gone, and Shutter Island became blockbuster movies, with the most recent film being The Drop, which is based on his short story, Animal Rescue.

World Gone By continues the saga of Joe Coughlin, who made his debut in The Given Day, and returned in Live by Night. It's now the height of World War II. Having lost his wife in a hail of gunfire ten years earlier, Joe is consigliore to the Bartolo crime family in Tampa. He lives peacefully with his son, Tomas, and moves easily among the various underworld figures of the time. Joe finds out someone has mysteriously placed a contract on his life. Trying to learn more, Joe goes on a chilling journey through the black, white, and Cuban underworlds where he crosses paths with the Lansky-Luciano mob, Tampa's social elite; and also with the mob-backed Cuban government of Fulgencio Batista.

You once said you knew with the publication of A Drink Before the War, you would be labelled a genre writer. You said, "And there's no way out of that, so let's just go all the way. And I'm so glad I did. It's been the greatest accident of my life." Will you talk about that?
I don't know if it's still true of me, now, but it was certainly true when I came out of graduate school in 1993. The genre was very much ghettoized. Sometimes it was for good reasons; in some cases it was unfair. What I and others were rebelling against was the notion that literary fiction was literature. It was its own ghettoized genre, or should have been, according to that kind of thinking. I was growing very tired of what a writer once referred to as 'stories about the vaguely dissatisfied in Connecticut.' At the time, it was dominating literary fiction. I became enamored of writing about what Cormack McCarthy called 'fiction of mortal events.' That's why I drifted into crime fiction. I think crime fiction has social value, and I was very interested in writing about social issues such as race, class--you know, the haves and have-nots in American society. It seemed like a natural fit with the crime novel.

Now, twenty years later, while we may not have knocked the genre gate down, we've stormed it. Some lines of distinction between so-called literature and crime fiction have become a bit blurred. Now, some crime fiction is allowed into the club. (Laughter).

Tell us about the Irish-American storytelling culture in which you grew up.
My parents came from Ireland and moved to a section of Boston where they were surrounded by their siblings and in-laws. We grew up with all our uncles and aunts nearby. They gathered every Friday and Saturday at one or another's house. They would sit around and just tell stories. My brother and I began noticing every six or seven weeks, the same story would come back into the rotation. But, it was tweaked. We began to understand--whether consciously or not--a good story wasn't necessarily concerned with facts. It was concerned with a basic truth. As an adult, I realize what my parents, uncles and aunts were doing by telling these stories again and again--all about the old country. They were trying to make sense of the diaspora; to make sense of having left the place they loved.

Do you think they romanticized the old country?
Oh, of course. When I went to Ireland, I expected to step back into the 1930s. You know, nobody got divorced; no one ever said a cuss word; and everything was just perfect. That image was calcified in my home in Boston. But in Ireland, time had moved on. They were living their lives.

When I was in graduate school, my mentor would describe storytelling as 'the lie that tells the truth.'

Many of your novels, including World Gone By, are filled with moral ambiguity. Tell us about that.
The vast majority of what we call morality is simply fear of being caught. Just look at any comment section in articles on the Internet, where people remain anonymous and say whatever they think. Or, watch people when they're driving their cars. Maybe a small percentage of us with moral fiber will categorically not do certain things, even if we're not being watched, but with the vast majority, all bets are off.

I don't know too many really bad people; and I don't know too many saints. I think most people fall in-between. And, that's what I write about. Bad people don't wake up each morning thinking 'I'm a bad person." They think, 'I'm a good person in my heart, even if I have to do some bad things.' That's true of bankers, and it's true of stockbrokers who short stock. And that's true of gangsters, who short people. (Laughter).

In 2001, Mystic River was your first novel outside the Kenzie-Gennaro series. It wasn't until 2010, when you brought the duo back in Moonlight Mile. Did you get pressure from fans to return to that series?
I didn't really get pressure; I got wishes. Fans continue to show up at nearly every signing and want to know if Patrick and Angela will ever come back. My answer is, 'I don't know.' I haven't retired them. They've sort of taken these longer and longer vacations from me.

It seems to me you've taken a more expansive path in the last few years. Is that a fair statement?
Yes. I would say that path began after Mystic River. For the first time in my life, I became aware of other people's expectation about what I would do next. I didn't respond well to that pressure. It wasn't why I got into writing in the first place. So, I made a conscious choice to zig when everyone thought I would zag. That's when I wrote Shutter Island. Writing that book was really fun. I was able to do what I'd wanted to do for a very long time, which was to write about the Boston police strike. I've stayed on that independent path, despite knowing I've lost some fans along the way, but that's okay.

So, Mystic River changed your writing life?
Yes. It changed the perception of me as a writer--almost overnight. Suddenly, I was viewed as a literary writer. Until that point, people thought, 'He produces really well-written genre novels.' That was my label. So, after Mystic River, I was suddenly writing literature. A lot of debates began after that. It was a strange and wonderful place to be.

So, you're right, it led me to decide to follow a more idiosyncratic path.

I saw the film Mystic River and then read the novel. As fine as the film was, the book was even more powerful. Did the film have an impact on your writing life?
No. I don't ever, ever, ever think of films when I write. To me, writing a book is a very intimate conversation I'm having with an imagined reader. It's not a film script. A film script is just a blueprint--like an architectural diagram.

You once said, 'Character is action. It's the oldest law of writing. It goes back to Aristotle. Plot is just a vehicle in which your characters act.' Will you amplify that?
I think a book is a journey by which a main character, or several characters, ultimately reach a reckoning with themselves. The plot is just the car driving them down the road on that journey. I don't need a spectacular car. I just need one that's serviceable. I'm not a car guy. With the exception of Shutter Island, I never wrote an original plot. All I do is make the plot serviceable, like the car. I work really hard on a plot, because you need to work hardest at the things that don't come naturally. I don't work hard at dialogue. It just flows. I barely rewrite it. Plot takes up the majority of my worry when I write a book because it's the last thing I consider.

What has surprised you about the writing life?
That it's as cool as I hoped it would be. (Laughter). You know, one of my favorite movies is Broadcast News. One scene describes my own life. There's an interchange where William Hurt says to Albert Brooks, 'What do you do when your reality exceeds your dreams?' Albert Brooks say, 'Keep it to yourself.'

That's where I find myself. I go on book tours; I'm interviewed by people; and it gets put in newspapers. Even twenty years down the line, it still seems surreal to me. Surreal in a wonderful way. You know, last night at a book signing, someone asked me if I'd sign a paperback. I said, 'Of course.' And he said, 'Some authors don't sign them.' I said, 'What the hell did they get into writing for?' I mean, there was a time when you were a complete nobody, and in your fantasy life you thought, 'Wouldn't it be cool if somebody actually wanted me to sign one of my books?' I still live in that place--where it all seems like a fantasy.

The thing is: I get paid to make (expletive) up. I'd be doing it for free. I walk around thinking, 'These lunatics actually pay me to do this.' If a planeload of money was dumped on me, I'd continue doing what I do.

I was going to ask what you love about the writing life, but you've already answered that.
They pay me to make (expletive) up and I can keep my own hours. (Laughter).

If you weren't writing, what would you be doing?
Everybody has some fantasy about this kind of thing. I'm thinking I would be a carpenter. There's no reason for me to think that since I've never shown I can do anything with my hands. But I feel that's what I'd like to do if I wasn't writing.

If you could have five people to a dinner party, from any walk of life, living or dead, who would they be?
First, I'd have Gabriel Garcia Marquez. I'd also invite FDR and Bill Murray. And then...Keith Richards. I would also like to have dinner with Joan of Arc.

What would you be talking about?
With that group? What a party it would be. There would be no problem with conversation.

Congratulations on writing World Gone By, described by Kirkus as "a multilayered, morally ambiguous novel of family, blood and betrayal." And I agree completely with that assessment.