On the 21st February Cyclone Winston, a grade five tropical cyclone, hit the Fiji Islands. While Suva, the capital city, was spared any severe damage due to a last minute change in the storm's direction, more remote areas and islands were hit with devastating force.

The storm was the strongest to hit the Fiji islands in living memory, with Fijian Prime Minister Frank Bainimarama describing the storm as "an ordeal of the most grievous kind". 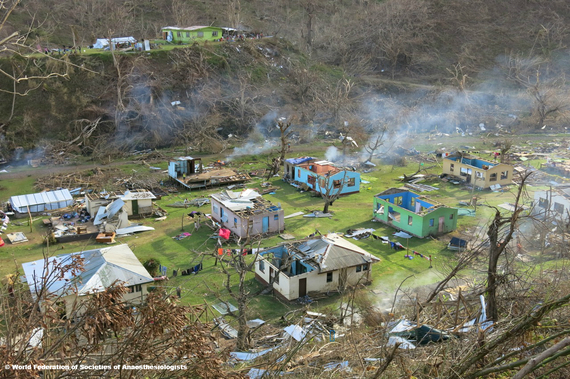 Dr Wayne Morriss, a consultant anaesthesiologist in Christchurch, New Zealand and Chair of the WSFA's Education Committee, was part of a four-person New Zealand Medical Assistance Team (NZMAT) deployment that arrived on the islands to assess how medical personnel from New Zealand could best aid the Fijian health system.

He explained the damage as "a line of destruction through the centre of the Fiji islands."

"In common with a lot of cyclones, the main destruction was due to wind damage and a lot of flying corrugated iron, but in the low lying areas it was also due to storm surge - like a tidal wave with water as high as roofs of houses battering the houses and other structures," Dr Morriss went on to explain.

According to Dr Morriss, given the level of destruction, the relatively low injury rate and death toll was amazing. "I think it's a testament to Fiji's preparations and use of evacuation centres," he stated. "We would be doing pretty well to mount a similar response in our environment."

The official death toll was 43 but, at one stage, over 60,000 people (out of a total population of less than one million) were housed in evacuation centres. 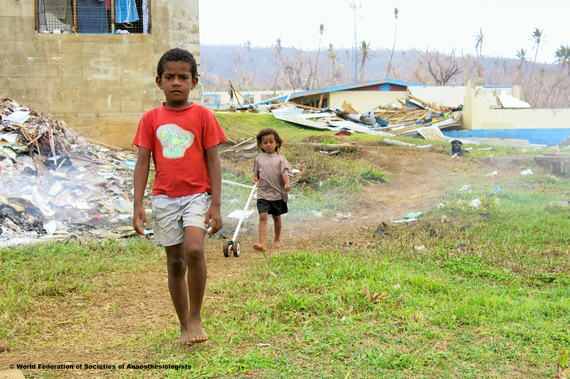 "The initial medical response by local doctors and nurses was very impressive", said Dr Morriss. The main hospital in Suva, the Colonial War Memorial Hospital, quickly sent emergency medical teams to some of the worst affected areas like Koro Island. While some badly injured people were transferred back to Suva, many operations were performed in the local health centre.

"A lot of the work that was done in the hospitals related to lacerations and injuries due to flying metal and other objects. The main role of the anaesthetic and surgical teams was resuscitation and treatment of these injuries," Dr Morriss explained.

"After a few days the hospital started seeing infections developing from the earlier injuries and so the surgeons and anaesthesiologists were involved in treatment of the infected wounds as well. What we've also seen with tsunamis and cyclones in the past is that there is another wave of injuries that occur when people start repairing and demolishing their damaged houses".

Dr Luke Nasedra, past President of the Pacific Society of Anaesthetists, played a vital role in the coordination of the medical response at Colonial War Memorial Hospital. Dr Morriss stated: "One of the nice things for me, because I had previously worked in Fiji, was seeing people whom I'd taught and worked with now running the show and doing a really good job. It was pretty impressive," he added. 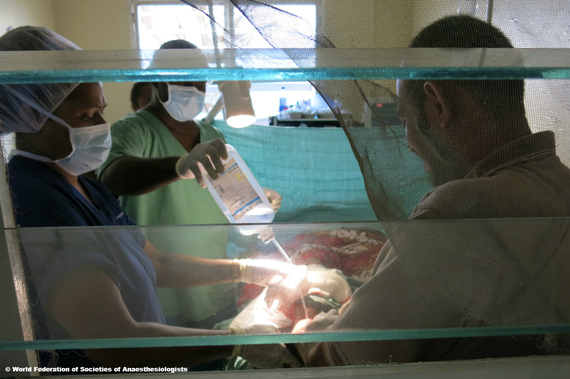 Dr Morriss and the NZMAT assessment team worked with Dr Nasedra and others to provide targeted medical assistance. A small public health team comprising one doctor and three nurses was deployed on the New Zealand naval ship HMNZS Canterbury to work in the Northern Lau group of islands. Defence Force personnel on board the ship were tasked with making safe cyclone-damaged buildings, building temporary shelters and re-establishing safe water supplies.

A team of five was sent to Koro Island, where they worked with the local health workers to deliver primary care and public health. Additionally, an eight-person surgical team was sent to work in the Colonial War Memorial Hospital in Suva to allow time for the local physicians and nurses to deal with the damage in their own villages or continue the acute work in more remote places. 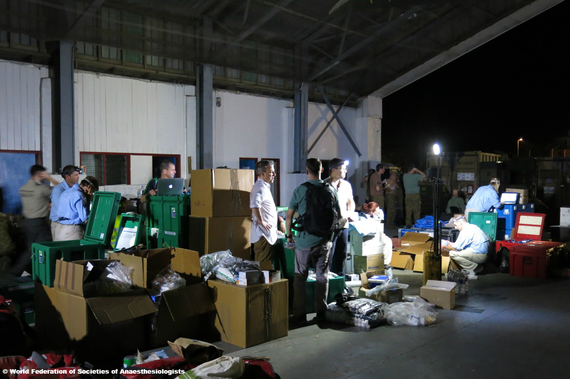 The NZMAT team also organised shipments of essential consumables and medicines, including morphine and antibiotics, that were in critical short supply after the cyclone.

On 21 March the Government of Fiji extended the State of Natural Disaster in 20 severely affected areas to 19 April 2016. The UN Office for the Coordination of Humanitarian Affairs reported on 23 March that 350,000 people were affected by the cyclone but reports from 38 health facilities through the Health Resources Availability Mapping System (HeRAMS) showed they had all resumed services except one remote nursing station, and that quick fixes had been made in 6 of the 13 damaged health facilities.

It will take years for Fiji to recover from the effects of Tropical Cyclone Winston, but good preparation, an impressive initial response from health workers and the Fijian Government, and support from the international community all helped to limit the damage and kick-start the recovery process. 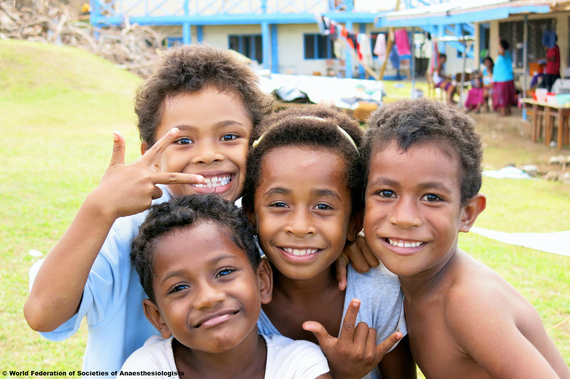