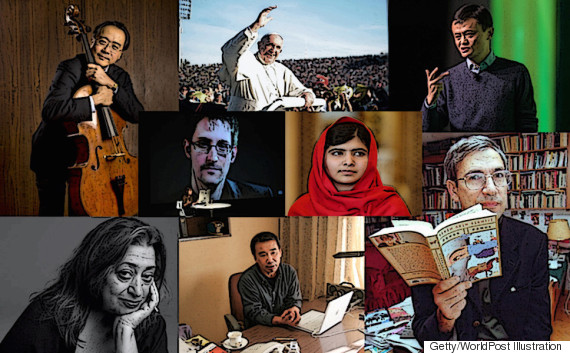 The 2015 Global Thought Leaders Index, a "collective intelligence" analysis that maps the global conversation on the Internet and ranks its most influential voices, has just been released by The WorldPost and the Zurich-based Gottlieb Duttweiler Institute. View the results here.

For the first time, the annual index measures not only the globally-dominant English language infosphere, but also the other main language infospheres of Spanish and Chinese, as well as German. Altogether we rank the nearly 400 people who are most often mentioned and discussed online, ranging in the global index from Pope Francis, who ranks #1, to Turkish novelist Orhan Pamuk at #4, Edward Snowden at #5 and cellist Yo-Yo Ma at #9. Other top influencers of note include former Greek Finance Minister Yanis Varoufakis at #78, Chinese novelist Mo Yan at #83, Cuban blogger Yoani Sánchez at #99 and Indian novelist Chetan Bhagat at #136.

In Spanish, Fidel Castro and Peruvian novelist Mario Vargas Llosa top the list, with Mexican poet Homero Arijidis at #11, Venezuelan conductor Gustavo Dudamel at #13 and Spanish filmmaker Pedro Almodóvar at #48. Edward Snowden leads the German list with philosophers Jurgen Habermas at #53 and Peter Sloterdijk at #83. China's "outside" rankings mirror the global list since those living in Hong Kong or Taiwan almost exclusively use Wikipedia, Twitter or Google. However, the "inside" China rankings, which are most accurately measured by the Baidu Index, put Chinese President Xi Jinping and Alibaba chief Jack Ma in the top spots, with Japanese novelist Haruki Murakami at a curious #8 and Communist Party theorist Wang Huning at #10. Baidu is China's largest search engine, akin to Google.

The Map and the Territory

The map of the global conversation is as interesting as the intellectual territory it covers. YouTube is by far the global giant when it comes to platforms that spread ideas. Thoughts are far more widely cast through Twitter than through the more closed, narrowly cast "friend" connections of Facebook. The WorldPost/Huffington Post, including the 15 international HuffPost editions, also emerges as a top platform for the global circulation of ideas, along with the New York Times and the Guardian. The WorldPost, a 2-year-old partnership with the Berggruen Institute, serves as the HuffPost's global portal. The Spanish daily newspaper, El Pais, ranks as the major platform in the Spanish-speaking world.

Here are the links to the findings of The WorldPost/GDI 2015 Global Thought Leaders Index in English and German.

This is what influence looks like in the English-speaking blogosphere. GDI/WorldPost 2015 Global Thought Leaders Index.

How the Analysis Was Done

Nominations for the most influential thought leaders of 2015 were solicited from The WorldPost editorial board and contributing editors, from the editors of El Pais, the editors of Univision/Fusion and the Shanghai-based online current affairs website, Guancha (Observer). The top results from GDI's 2014 survey were included as a baseline and German-language nominations were reviewed by Alexander Gorlach, founding editor of the Berlin-based The European magazine. In future years, other language areas, starting with Arabic, will be included.

Nominations were then processed through a "collective intelligence" analysis by Massachusetts Institute of Technology's Peter Gloor, who correlated those nominations with their mentions -- or "betweenness centrality" score (being spoken with and/ or about) -- on Wikipedia, tweets and blogs (and their equivalent in China) to determine an influence ranking. The methodology is explained in more detail in the index.

Advertisement
This is what influence looks like in the Spanish-speaking blogosphere. GDI/WorldPost 2015 Global Thought Leaders Index.

In the German and Spanish language areas, a layer of common global voices dominates at the top of the list, overlapping with the English-language global rankings, while voices not generally known beyond language borders concentrate in the bottom half of the rankings. This reflects the more or less free flow of ideas across the Internet. One interesting note is the sparse use of Twitter in the German area, apparently due to privacy preferences.

The Chinese analysis indicates a situation in which there is "one language, two infospheres." Rankings for the Chinese language "outside" the mainland in Hong Kong, Taiwan and the diaspora indicate an influence pattern similar to the top "global layer" in the other language spheres. But "inside" China, using the Baidu Index of the more than 740 million web pages to which the search engine has access, the rankings are markedly different, with few non-Chinese voices. As Zheng Weiwei, a former interpreter for Deng Xiaoping who collaborated on this project, puts it:

The Chinese Internet world is already a universe in itself, given the size and scale of China's Internet population and IT industries. It is in many ways on par with the English Internet universe. China's Alibaba is already larger than eBay and Amazon combined.

China's "internet sovereignty" policy, firewalls and censorship also certainly shape the results on any "inside" search.

Taking these considerations into account, our analysis of the most influential Chinese voices shows how different rankings result from different search and analysis methodologies. 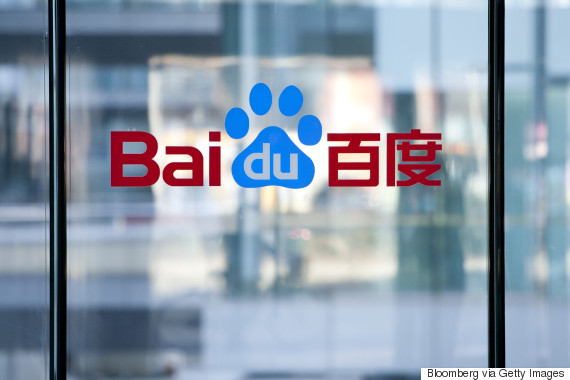 The Internet as a 'Global Thinking Circuit'

The aim of The WorldPost is to establish a global platform for the cross-pollination of ideas beyond borders, a place where the whole world meets. Partnering with the highly regarded Gottlieb Duttweiler Institute in Zurich to chart the currents and map the virtual territory of the infosphere is a key step in making the Internet a truly "global thinking circuit" instead of just a worldwide series of dots that don't connect. The message can catch up with the medium if we put our minds to it.