No doubt that on Monday, when Indian leader Narendra Modi visits the White House, he and President Obama will try to stick to the agenda: economic and security cooperation, India’s relations with Pakistan and China, and how the world’s two largest democracies can build better ties. But the media in both countries probably won’t let them forget that not long ago, it wasn’t clear whether Modi could even enter the United States, much less be received at America’s most powerful address

Prime Minister Modi, whose Hindu nationalist Bharatiya Janata Party swept into power in the spring, was denied a U.S. visa for the last nine years because of suspicions around his role in anti-Muslim riots in Gujarat state in 2002, when he was chief minister there. But he’s not the only foreign leader blocked from coming to the United States. On the contrary, the U.S. has long used access to its shores as a political cudgel.

The most famous example is probably the Reagan administration’s 1988 decision to bar Palestinian Liberation Organization leader Yasser Arafat from attending the U.N. General Assembly in New York City. Nowadays, Arafat is remembered mostly for his statesmanship and that historic handshake with Israeli Prime Minister Yitzhak Rabin on the White House lawn in 1993. But Americans regarded Arafat with more suspicion in the 1980s. 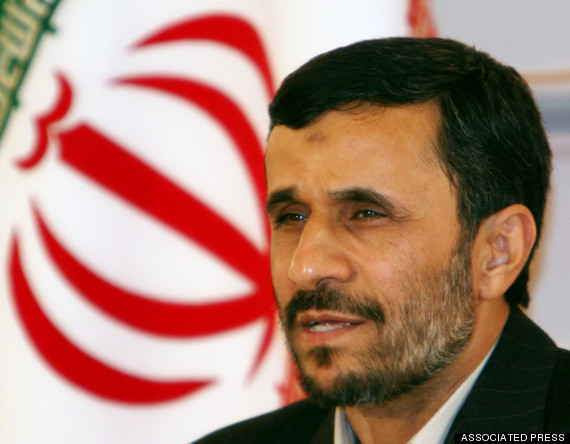 The United States is obligated to admit foreign nationals to travel to the United Nations under the 1947 U.N. Headquarters Agreement, which based the organization in New York City. But American governments have maintained that they can make exceptions for people considered to be a threat to national security. In a statement explaining the Reagan White House’s rationale for refusing Arafat a visa, then-Secretary of State George Shultz explained: “U.S. law excludes members of the P.L.O. from entry into the United States by virtue of their affiliation in an organization which engages in terrorism.”

U.N. members roundly criticized the decision. Only the United States and Israel voted against a resolution condemning the decision, and the body ultimately convened its General Assembly in Geneva in protest.

Similar moves by the U.S. have provoked less backlash.

The George W. Bush administration considered denying a visa to then-President Mahmoud Ahmadinejad of Iran, before his first trip to New York in 2005, but decided to grant it. The fire-breathing Iranian leader thanked the administration with a predictably incendiary speech to the assembled dignitaries. In 2012, the Obama administration barred 20 of roughly 160 Iranian officials from attending the U.N. General Assembly with him.

Earlier this year, the White House decided to block the new Iranian government’s nominee for U.N. ambassador, Hamid Aboutalebi, from entering the United States because of his involvement in the 1979 takeover of the American Embassy in Tehran and ensuing hostage crisis.

Obama has also used visa bans against close associates of Vladimir Putin as part the U.S. punishment for Russia’s increasing aggression in Ukraine. Other Russian leaders are blocked from traveling to the United States under a law, the Magnitsky Act, that Congress passed in 2012 in response to blatant human rights violations in the country.

Modi may have his election and India’s status as a world power to thank for the U.S. dropping his travel shackles. But being lumped in that kind of company isn’t a great foundation for a blossoming bilateral friendship.