These days, thanks largely to Google Earth, it seems not an inch of this planet is left unexplored or a single treasure left undiscovered. But that’s just not true. Some of the world’s most incredible riches, from pirate treasures to royal jewels, are still out there somewhere, lost, waiting to be found.

Some of them are legendary and a mere mention spurs the imagination: the Holy Grail, sought after for centuries by devout men hoping to find the cup that once held the blood of Christ. Or El Dorado, the mythical Incan city paved with gold and unimaginable treasure that drove waves of conquistadores mad with greed.

Today still, the art of treasure hunting survives, and few treasures are more appealing than shipwrecks. Probably the largest treasure among them is La Flor de la Mar — The Flower of the Sea — a Portuguese frigate that set sail from Malacca, Malaysia, in 1511 carrying the largest treasure ever assembled in Portugal’s naval history. The ship was caught in a violent storm in the Strait of Malacca and shipwrecked on the reefs of Sumatra, splitting in two and spilling its precious contents into the waves.

Spain’s 1715 Treasure Fleet is also a dream trophy. At the height of its empire, Spain assembled one of the richest treasure fleets ever seen: 11 ships, all filled to the gunwales with silver, gold, pearls and emeralds from the New World. The ships left Cuba just before hurricane season in the hope of deterring pirates. It worked, but a few days later a storm sank all 11 ships, sending thousands of sailors and tons of treasure to the bottom of the sea. Seven of the ships have been located, but only a small percentage of the bounty has been recovered.

Another, more macabre, form of treasure hunting is the quest to discover the resting places of history’s greatest figures. The graves of Egyptian queen Nefertiti and the Mongol Emperor Genghis Khan have never been found, though they are both believed to hold great riches. Another much-sought-after tomb is that of Qin Shi Huang, China’s first emperor. It’s actually been found — protected by the famed Terracotta Army — and is thought to contain priceless artifacts. But excavation is slow because the soil surrounding the burial area has a high concentration of toxic mercury that could poison the water supply if mishandled. 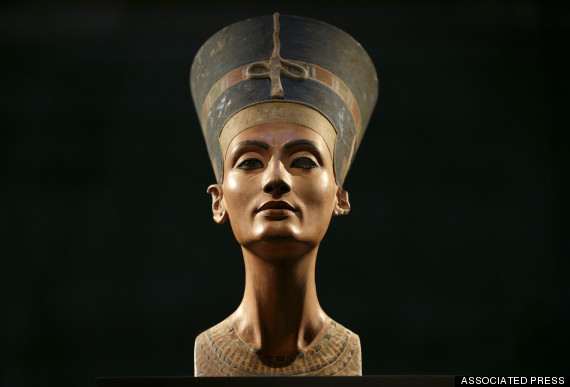 The Nefertiti bust is pictured during a press preview of the exhibition 'In The Light Of Amarna' at the Neues Museum in Berlin, Germany, Wednesday, Dec. 5, 2012. (AP Photo/Michael Sohn, pool)

When we think about long-forgotten treasure we imagine one thing: jewels. Take King John’s Crown Jewels. This corrupt ruler of England truly loved ostentatious displays of wealth. But in 1216, his majestic crown jewels were lost when a flood washed away carts transporting them. John died several days later, and the jewels were never found.

When the Bolsheviks stormed the czar’s palace in 1918, eight priceless Fabergé eggs — made with precious stones, expensive metals and precise engineering — went missing from a collection of 50. While they have never been found, rumor has it that several of them made it to the U.K. and the U.S. 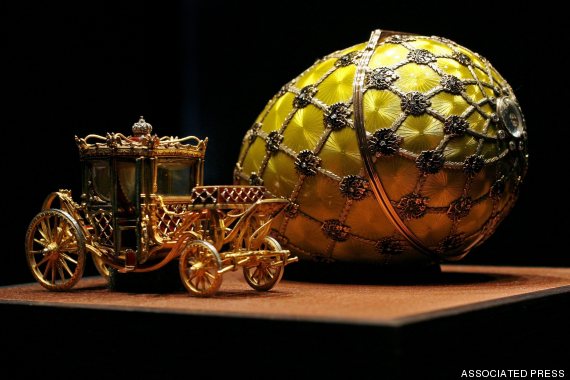 The Faberge egg "The Coronation Egg", 1897, is displayed at an exhibition in the museum Bellerive in Zurich, Switzerland, Wednesday, June 7, 2006. (AP Photo/Keystone, Alessandro Della Bella)

But many of the world’s most-sought-after treasures are much larger. This is the case of the legendary Amber Room, a room lined with panels of amber, gold and mirrors that was given to Peter the Great as a gift from Friedrich Wilhelm I in 1716.

How could a room go missing? Well, in 1943 German soldiers dismantled the room after invading Russia, packed it into 27 crates and shipped it to Kaliningrad. World War II Allied bombing raids are said to have destroyed it, though some evidence suggests that it was actually shipped out of the city in the following months and hidden along with other Nazi treasures.

More Nazi valuables could lie on the bottom of Lake Toplitz in the Austrian Alps. During a hasty retreat, Nazi officers dumped a handful of mysterious iron crates into the lake. So far the treasure has eluded divers trying to reach it because of a dense layer of sunken logs halfway to the bottom of the lake.

Of course, many treasure hunts are based on rumor and hearsay. And as the years go by, and facts mix with legends, it becomes hard to tell truth from tale. Yet recent examples show there’s still hope for the aspiring Indiana Jones.

Granted, searching for Nefertiti’s tomb might not be a reliable retirement plan, unless you don’t need the money anyway and are just in it for the fun. 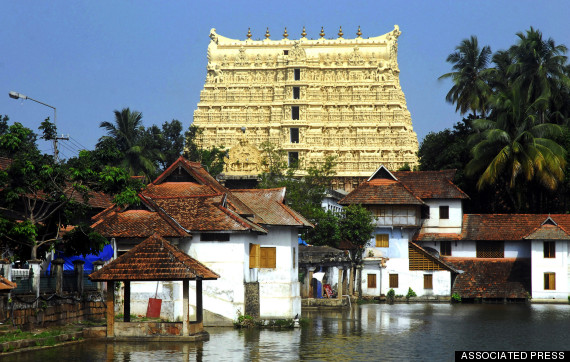 A June 27, 2011 photograph of the 16th-century Sree Padmanabhaswamy Temple in Trivandrum, the capital of the southern state of Kerala, India. (AP Photo)