Spending the holidays abroad but not sure if you can light up your joint on foreign grounds? We understand. Almost no country treats smoking cannabis the same way.

Recreational marijuana use has long been the subject of heated debate, and laws regulating cannabis consumption vary greatly from country to country. Hey, even from state to state. In some countries smoking weed can come at a heavy price, ranging from execution (United Arab Emirates) to a few years in prison (Japan). Other countries, for instance Canada, see less harm in an occasional joint and allow their citizens to possess small amounts of cannabis.

Check out the slideshow below for the top marijuana destinations around the world:

CORRECTION: An earlier version of this slideshow mistakenly said that it is legal to possess up to 15 grams of marijuana in Cyprus. Smoking weed in Cyprus is illegal, according to the European Monitoring Centre for Drugs and Drug Addiction. 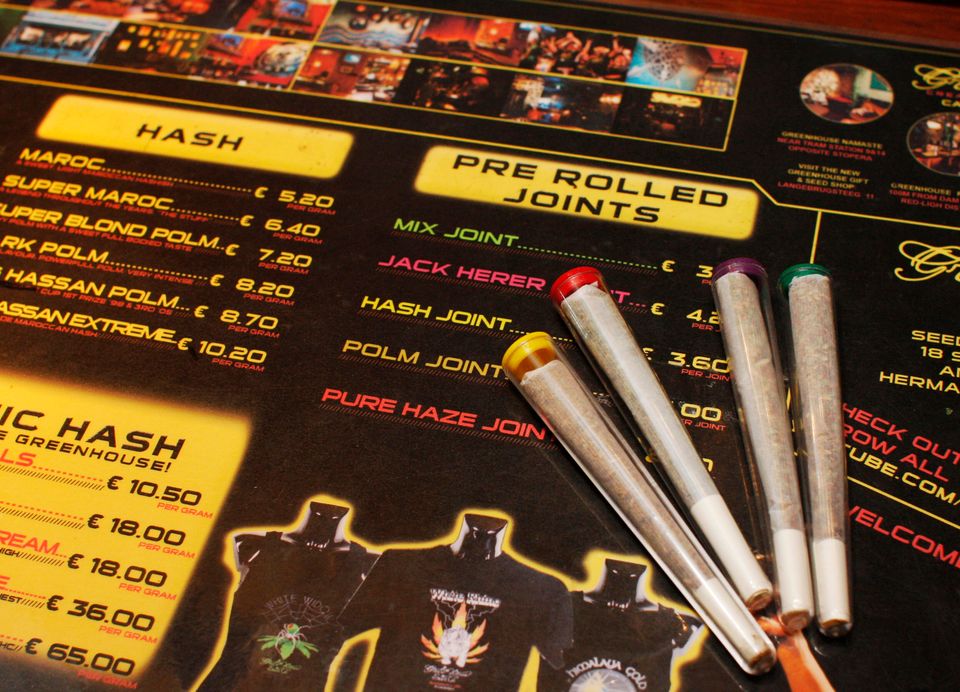 1 / 15
The Netherlands
Since 1976, The Netherlands has been at the <a href="http://www.release.org.uk/downloads/publications/release-quiet-revolution-drug-decriminalisation-policies.pdf">forefront</a> of drug law reform after drawing a line between hard and soft drugs. Today, cannabis is sold in limited amounts in “coffee shops” in Amsterdam. <em>Caption: In this June 15, 2008 file photo, pre-rolled joints are seen on an english language menu listing the variety of hash and marijuana on sale at The Green House coffee shop in Amsterdam, Netherlands. (AP Photo/Peter Dejong, File)</em>
AP