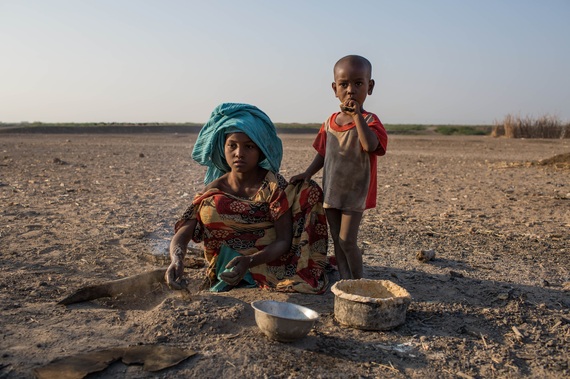 Those who remember Ethiopia in the 1980s may feel a disturbing sense of déjà vu. The country is once again facing devastating climatic conditions: rains have failed; millions of people need food aid; children are suffering from severe malnutrition. But this is not the Ethiopia of the 1980s. With the leadership of the government and the support of the international community, Ethiopians can survive this crisis without witnessing a repeat of the devastating famine that claimed hundreds of thousands of lives 30 years ago.

The facts are frightening enough. Two back-to-back seasons of poor or non-existent rainfall, exacerbated by the strongest El Niño phenomenon on record, have led to the worst drought in decades. At the beginning of this year, less than three million Ethiopians needed government support. Today, that figure stands at an estimated ten million, and forecasts indicate that it could double within months.

In a country that already hosts the largest refugee population in Africa, many are concerned that the looming crisis could lead people, particularly farmers, to move in search of food, water and pasture.

By early next year, projections indicate that 400,000 children could suffer from Severe Acute Malnutrition, a potentially fatal condition that requires immediate treatment. Some children who suffer from SAM may have massive loss of body fat and muscle tissue and look almost elderly; others can look puffy and their hair may be thinning. Both sets of symptoms mean there is a high risk of death. Even when it is treated successfully, SAM can affect physical and mental development throughout a child's entire life.

We know this is coming. We know how to prevent it. We simply have to act, now.

The key to stopping this crisis in its tracks is early warning followed by decisive action. And the Ethiopian government is leading the way. Its safety net programme, the largest in Africa, will assist eight million of the poorest Ethiopians to access food. By linking agricultural training and asset creation, the programme has already made Ethiopian families and communities far more resilient to drought, famine and food price spikes.

Coupled with investment in infrastructure including the roads that are vital to move supplies around, this means conditions for emergency relief have changed beyond recognition in the past 30 years. But what has not changed is the harsh and unpredictable climate that can cause sudden, sharp hunger in a country where more than 80 per cent of people depend on agriculture.

The Government has raised the alarm and international aid agencies have tried to mobilize funds and action. But with multiple crises around the world and record numbers of people displaced by conflict, they have had limited success. There are many claims on donor funds and by global standards, Ethiopia does not look urgent.

By the time it looks urgent, it will already be too late. We must not repeat the mistake of 30 years ago, when the world ignored the unfolding crisis for far too long and only heeded the alarm when the situation was beyond control.

This time, we need urgent, rapid action to scale up our support to the Ethiopian government and people. And the good news is that we have every chance of success. By investing now, we can safeguard three decades of development and billions of dollars of assistance that have helped Ethiopia to become one of the most successful economies on the African continent. UN agencies, the Red Cross and Red Crescent movements, and international and local charities are on standby to increase their help. All they need is reliable funding.

So far, donors have provided an additional $200 million in aid, but there are early indications that the amount needed to make sure lives are not lost could be around $1 billion. Ethiopia needs that money now, if we are to avert a second tragedy in 30 years.