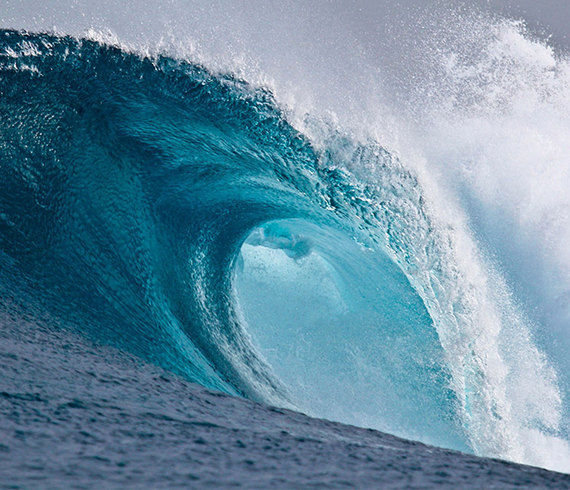 What does it take for the will of the people to coalesce around a single issue, to be informed and changed into a voice for change?

On June 8, we celebrate World Ocean Day, a date designated by the United Nations to recognize our relationship with the ocean through so many different ways of global connection. Around the world, through the World Ocean Network, The Ocean Project, and many other organizations with ocean interests, events will take place to highlight the value of ocean resources. There will be maritime festivals and beach clean-ups, school projects and environmental presentations the world over - in Africa and Asia, Europe and the Americas. What was once a bright idea is now an international event that for one brief moment focuses some part of ephemeral world interest on the ocean and its benefit for all mankind.

Of course, every day is ocean day. And we can claim that with the authority of the headlines that every day point to some ocean issue of import: the catastrophic disaster of a failed drilling rig or shipping accident, the trade impact of an expanded Panama Canal, the security implications of the opening of Northern Arctic passages, the decline of fisheries across the world economy, the vast plastic wasteland floating in mid-Pacific, and the continuing, growing evidence of the negative impact of climate change on the ocean and its capacity for supporting all aspects of human survival.

What is Ocean Day meant to do? If all those concerned with ocean issues were to shout at once, there would be a compelling noise, enough to let us know that others around the world also care, enough to give us confidence that our whole is greater by the sum of our individual voices, and perhaps enough to penetrate the consciousness of a political structure that for the most part continues to ignore ocean issues. Sadly, if we hear anything at all, it is either the silence of indifference, or the shrill pitch of denial, or occasionally, the clear voice of science and reality, there, but apparently not yet loud enough to make the necessary difference for the deciders.

What does it take for the will of the people to coalesce around a single issue, to be informed and changed into a voice for change, and to counter the lassitude and cynicism? The analogy that occurs of course is the ocean itself, believed to be infinite in its capacity to dissolve the toxins, absorb the oil, sequester the CO2, cleanse the waste, heal itself along with the poisons of others. Cleaning the beaches on Ocean Day is a reminder of what the ocean cannot assimilate - poly nets and fishing lines, plastic bags and containers, and congealed residue of too much oil spilled or chemicals deposited, and disrupted lives of so many worldwide who have for generations made their living from the sea. This detritus, both natural and social, is ample evidence that the ocean has reached its limit and that, if we continue to despoil it, we risk a vast, terrible, irretrievable loss.

When we stand by the sea, or when we imagine it in our minds, we perceive Nature in the reality of its movement, shifting light, and sense of life. When we study the ocean, we understand its contribution to our health and well-being through water, food, energy, and economic, cultural, and spiritual connection. Why would we put such a valuable thing at risk? Why would we subvert a national policy to protect it? Why would we ignore a system of governance and law for the sea to manage it? Why, deliberately, through acts of commission and omission, would we allow such a vital thing to be compromised, poisoned, and killed? Surely, if on this Ocean Day we can come to the realization that such acts are truly self-destructive, we can then use every other day to spread the word, to act in some overt way to change our behaviors, and to otherwise transform the will of one "citizen of the ocean" to become thousands, to become millions, who demand that the ocean be returned from scarcity to abundance, from conflict to accommodation, from exploitation to sustainability, from ignorance to intelligent action for our future.

The ocean will serve us well forever, if we only demand now to serve it better.

Peter Neill is founder and director of the WORLD OCEAN Observatory, a web-based place of exchange for information and educational services about the health of the world ocean. Online at worldoceanobservatory.org. Peter Neill is author of "The Once and Future Ocean: Notes Toward a New Hydraulic Society" available now.