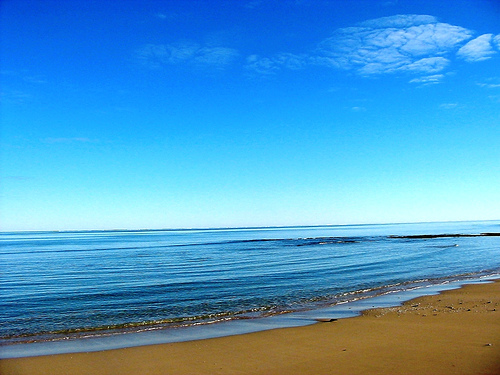 We live on a watery planet, and though we have feet not fins, we are far more dependent on the oceans than you might imagine. On World Oceans Day, whether you live in Miami Beach or Miami, Ohio, it would pay to reflect on all that our seas provide and how we can repay the many favors.

On a recent expedition to the Solomon Islands, I was surprised to learn that the unemployment rate was close to 80 percent. How could that be, when people seemed to live relatively well? Turns out that most get what they need from the oceans. For Solomon Islanders, their protein comes from the seas, coral becomes building blocks, shells are trade goods and an important eco-tourism industry is developing around spectacular dive sites. Everyone I met had a direct connection to the sea.

Living in Missoula, Montana, I miss that direct access to the sea that island life provides. But, even here -- hundreds of miles from the coast, the ocean's influence manages to reach me.

Our local weather is a delayed mimic of what happens on the coast. This year in particular, the cyclical cooling and warming of the Pacific that produces periodic La Nina years dumped record amounts of snow. A friend skinned up and then skied down a local mountain -- in June!

We can grow cherries here because of the regulatory temperance provided by the ocean, giving us mild winters; a mini "banana belt" if you will.

The sardines and salmon I eat once or twice a week are from the Pacific. Around the world, over 15 percent of our high-quality protein comes from the oceans -- which also provide the primary and often only source of protein for one billion people.

Within my home, products too many to comprehensively list contain an additive derived from seaweed that acts as an emulsifier and gives consistency to otherwise clumpy products. The extract, carrageenan, is found in a surprising number of everyday products like peanut butter, cosmetics and toothpaste. (Toothpaste actually is mostly chalk - the prehistoric remains of ancient shelled sea creatures -- with the perfect grittiness to polish teeth without grinding them down.)

The shampoo I used this morning contains kelp, the yogurt in the fridge has agar from seaweed, the salad dressing for lunch has algin from brown algae and the sunblock I use religiously was developed from a coral reef critter.

From allergy medicines to chocolate milk, little things that make our everyday life a bit more enjoyable come, without fan-fare, from the oceans.

What's concerning is that our oceans and coasts are not in great shape. For too long, our oceans have been a silvery mirror to hide our waste and an endless wilderness to plunder.

If we want to take for granted all that the oceans give us, we need to grant the oceans something in return. On World Oceans Day, here are five things you can do on behalf of our seas.

From small seemingly inconsequential items of comfort to life-saving medicines, the oceans of the world are a literal treasure trove for humanity. With relatively painless and thoughtful actions taken today, we can ensure that humans continue to thrive on our blue planet.
PHOTO GALLERY
10 Things You Didn't Know Came From the Ocean
Download
Calling all HuffPost superfans!
Sign up for membership to become a founding member and help shape HuffPost's next chapter
Join HuffPost 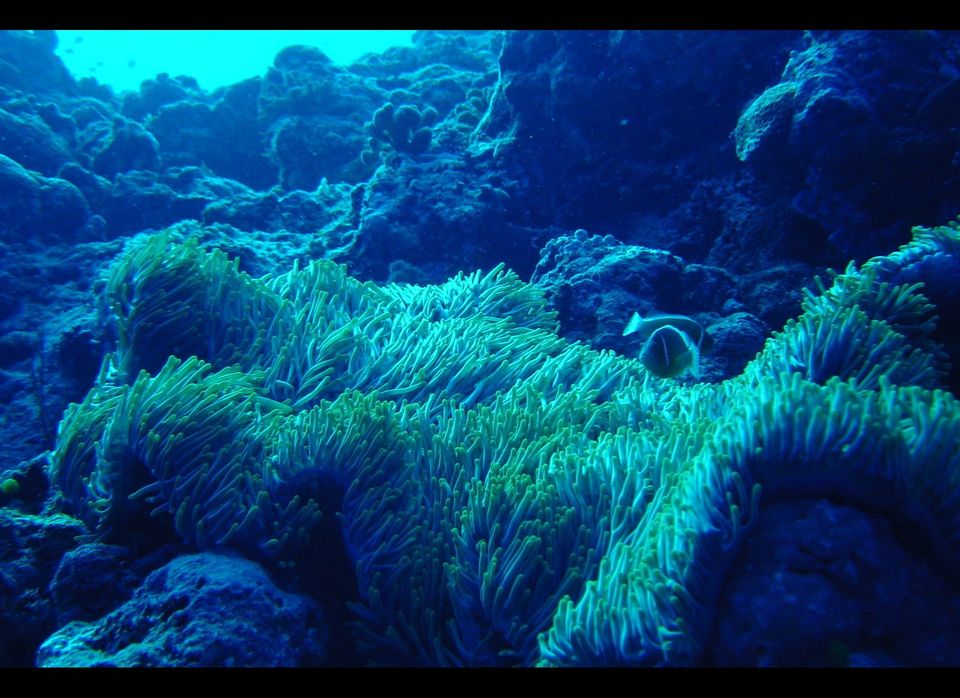 1 / 11
10 Things You Didn't Know Came From the Ocean
Bet you had no idea these products come courtesy of the deep blue sea!
Flickr:ctsnow