An Ontario, Canada man is recovering today after being assaulted and stabbed in the chest by an acquaintance who was enraged over a game of "World of Warcraft."

Canadian news service QMI Agency reports that Jordan Osborne went over to his neighbor's house Wednesday after hearing a loud argument. He said that his neighbor, Justin Williams was fighting with a friend and several other "World of Warcraft" players over his headset, when Osborne tried to intervene.

“I was telling him, there is no need for you to be freaking out about 'World of Warcraft.' It’s just a game,” Osborne told QMI.

According to N4G, Williams responded, "It's not just a game, it's my life," then allegedly assaulted Osborne, grabbing him by the throat, punching him in the face, and finally stabbing him in the sternum.

Osborne received treatment for his wound at Peterborough Regional Health Center, and was later released.

According to police, Williams was arrested and charged with aggravated assault and assault with a weapon.

A massive multiplayer online game from Blizzard Entertainment, "World of Warcraft" has millions of active users. And although it is only a game, some players use it as a virtual business.

"World of Warcraft" has generated controversy in the past, since people have sold virtual goods acquired in the game for real money. One famous transaction involved the sale of an account for the equivalent of more than $9,900.

And, this isn't the first incident of assault tied to "World of Warcraft." In February 2010, a 27-year-old man choked his mother and was shot by his grandfather after being asked to "keep it down" during a gaming session. 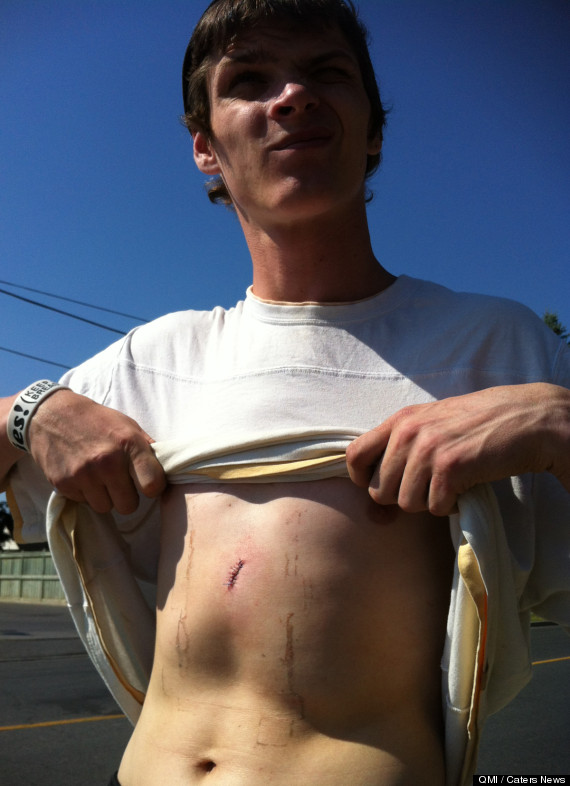