World Press Freedom Day, while celebrating advances in free media and protection for journalists, is often a sobering reminder of just how little press freedom exists in many parts of the world. It's evidenced by the World Press Freedom Index, released on April 20 by Reporters Without Borders (also known as Reporters Sans Frontières).

"Journalistic independence is being undermined in both state and privately-owned media as a result of enhanced mechanisms for censorship and news control, propaganda apparatuses, and ideologies – especially religious extremism – that are hostile to journalism," RSF said in a statement Monday in advance of the commemoration.

Here's where that independence is being undermined most fervently:

Russia holds the 148th spot on the Index.

"Leading independent news outlets have either been brought under control or throttled out of existence," RSF said.

State-controlled media dates back to the Soviet era, but attacks against journalists have grown more vicious in recent years. Igor Domnikov, an editor for the dissident Russian paper Novaya Gazeta, was notoriously attacked and later died from his injuries in 2002.

In March, a group of reporters were beaten up while reportedly traveling to Chechnya, the BBC reported.

The occupation of Crimea, Freedom House argued, has only increased propaganda in the media. "Media outlets became more firmly incorporated into the Kremlin’s policy efforts, moving from supporting the government with biased news to actively participating in an “information war” with its perceived adversaries," the organization said last year.

An example of how Turkish police treat journalists: They raided the offices of a media group, known for its opposition to President Tayyip Recep Erdogan, in October, the day before scheduled elections.

The raid was "linked to suspected terrorism financing and terrorism propaganda," according to the government.

Crackdowns have notoriously affected journalists covering Kurdish parts of the country. Authorities often refer to them as "terrorists," according to The Guardian.

"Journalists are harassed, many have been accused of 'insulting the president' and the Internet is systematically censored," RSF said. "The regional context – the war in Syria and Turkey’s offensive against the PKK Kurds – is exacerbating the pressure on the media, which are also accused of 'terrorism.'"

Egypt, ranking 159th on the list, has a long history of harassing and detaining journalists. It's the second-worst jailer of journalists, according to the Committee to Protect Journalists.

"Under Gen. [Abdel Fattah el-]Sisi’s leadership, the current authorities are orchestrating a 'Sisification' of the media and a witch-hunt against the now-banned Muslim Brotherhood," RSF said.

Several Al Jazeera journalists were famously found guilty in June 2014, and jailed, for aiding the Muslim Brotherhood, considered a "terrorist organization" by the Sisi government.

China, where scores of journalists are incarcerated and tortured, ranks 176th on the list.

"'Making unauthorized criticisms' is one of the many bans to which journalists are subjected," according to RSF. "It reinforces an already formidable arsenal that includes the state secrets law and the criminal code."

The offenses that led to arrests and jail time: tweeting, allegedly leaking state secrets and writing pieces that the government found unfavorable.

Freedom for journalists has eroded significantly under the leadership of China's premier, Xi Jinping. “The top headline must [always] be about Xi Jinping and the second must be about [prime minister] Li Keqiang,” an editor at one of China's leading new organizations told The Guardian. “If you read one website, you have read them all.”

The east African nation is ranked last on the Index at 180, a spot it's claimed for the past eight years.

"At least 15 journalists are currently detained, some of them held incommunicado," RSF said. "Like everything else in Eritrea, the media are totally subject to the whim of President Issayas Afeworki, a predator of press freedom who has no plans to relax his grip."

The only option available to Eritreans is state-owned media, like Eri-TV. Access to information coming from the outside world is basically nonexistent, The Guardian reported.

One Swedish-Eritrean journalist, Dawit Isaak, "has since been held incommunicado and in solitary confinement without any charges or a verdict" since 2001, according to an Index on Censorship letter written to the Eritrean president. "He has not seen a lawyer or his family for 13 years."

RSF launched a campaign ironically dubbed "Great year for censorship" on Monday. Its aim is to raise awareness by calling out "12 heads of state who will be throwing parties [Tuesday] to celebrate their victories over media freedom," RSF said.

Finland is ranked number one on the Index, followed by the Netherlands, Norway, Denmark and New Zealand. The U.S. has moved up to 41st on the list this year from 49th place in 2015. 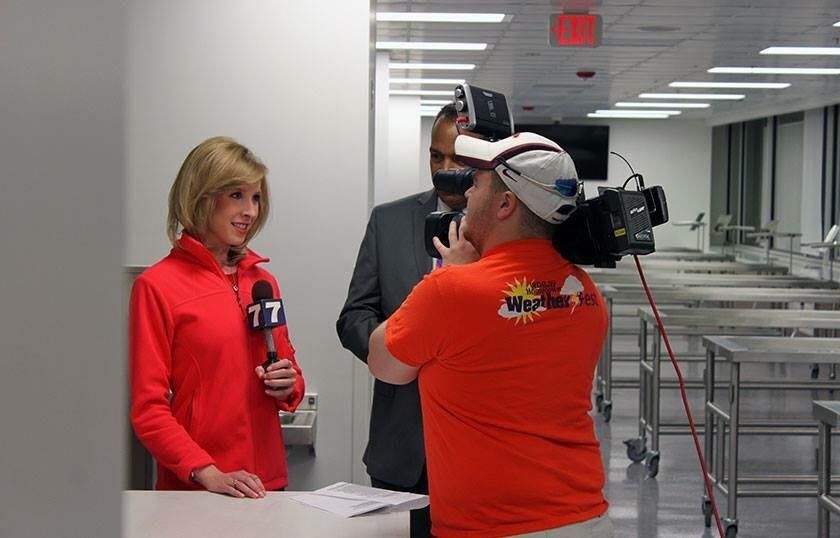