The 2016 World Press Photo contest announced its winners on Thursday, with a powerful black and white image taken at the Hungarian-Serbian border awarded top prize for photo of the year. The winning image, taken by freelance photographer Warren Richardson, captures an infant being passed under the coils of razor wire that separates the two nations.

Richardson's photo, titled "Hope For A New Life," is an emotional tableau depicting the ongoing refugee crisis that is one of the world's most dire humanitarian and political disasters in recent years. While the image consists only of three figures cast in shadow, it is representative of the struggles faced by over one million refugees and migrants who arrived in Europe last year.

Hundreds of thousands traveled along the so-called Balkan route last year, fleeing countries like Syria, Iraq, Afghanistan and Eritrea, to seek asylum in Europe. They often continued their journey north to countries including Sweden and Germany.

Hungary, along with several other nations in the region, erected fences in an attempt to deter refugees and migrants from entering their countries. Measures like this, photographer Warren Richardson reported, caused a "cat and mouse" game between authorities and refugees trying to cross the border.

Much like the widely circulated photo showing the drowned body of Syrian child Alan Kurdi, Richardson's image also highlights the tragedy that children are caught in the crisis. While people who have been critical of the massive influx often argue that most migrants and refugees are men, data collected by the UN actually shows that around 34 percent of those who arrived into Europe by sea this year were children.

The Amsterdam-based World Press Photo Foundation awards photographers annually who have captured exceptional images in a variety of categories. There were 82,951 photos submitted from 128 countries for the 2016 contest.

See more of the winning photos from the contest below: 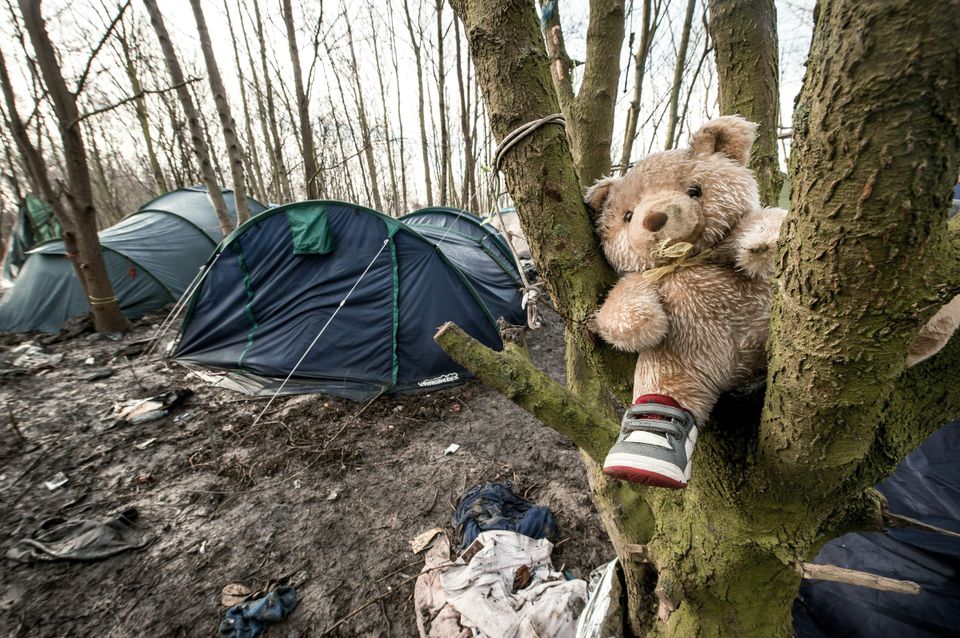 1 / 5
A teddy bear sits in a tree next to the camp's tents. About 200 children live in the camp, according to MSF.
PHILIPPE HUGUEN/AFP/Getty Images