What sets humans apart from other species?

Could it be our never-ending quest to test our own limits -- to constantly redefine what it means to be the best?

You only need to look at Guinness World Records to see how far humans will go to be outstanding, whether it's the tallest, shortest, fattest or oldest human being.

This year had its share of new weird record holders, including Rolf Bucholz, the world's most pierced man, who sports more than 453 punctures in his body -- 25 in his eyebrows, eight in his nose, and 278 in his genital area.

In another expression of human excellence, Laksana and Ekachai Tinarat earned the record for world's longest continuous kiss, after lip locking for 46 hours and 24 minutes in honor of Valentine's Day.

All records are special in their own way, especially to the folks who own them. But even Craig Glenday, editor of "Guinness World Records," admits to having some favorites this past year, such as Aevin Dugas, who set a record for world's largest afro by growing a 'fro that measures 7.3 inches high, 7.7 inches wide and 4 feet, 4 inches in circumference.

"Hers is a new category, but proves there's still plenty of new records to be found out there," Glenday told HuffPost Weird News. "I would, in the same breath, mention Chanel Tapper for her longest tongue."

For the record -- literally -- the tongue he refers to is a whopping 3.8 inches long.

Some weird world records happen by birth, such as Bridgette and Brad Jordan, born the world's shortest brother and sister, but the strangest world record set in 2011 was one of design: Chris "The Dutchess" Walton entered the "Guinness World Records" book with record-setting fingernails at 19 feet, 9 inches long.

It took her 18 years to nail the record, but not without sacrifice.

"Everything else I can do myself -- driving, shopping, cleaning the house ... although when I vacuum, the cord gets tangled in my fingers," she told HuffPost Weird News earlier this year.

However, the hard work of waiting for the nail record to be filed with Guinness authorities was worth it -- and Glenday is glad she did.

"Walton is a new record holder in a classic category and, according to most of my interviews," he said, "this is everyone's favorite category." 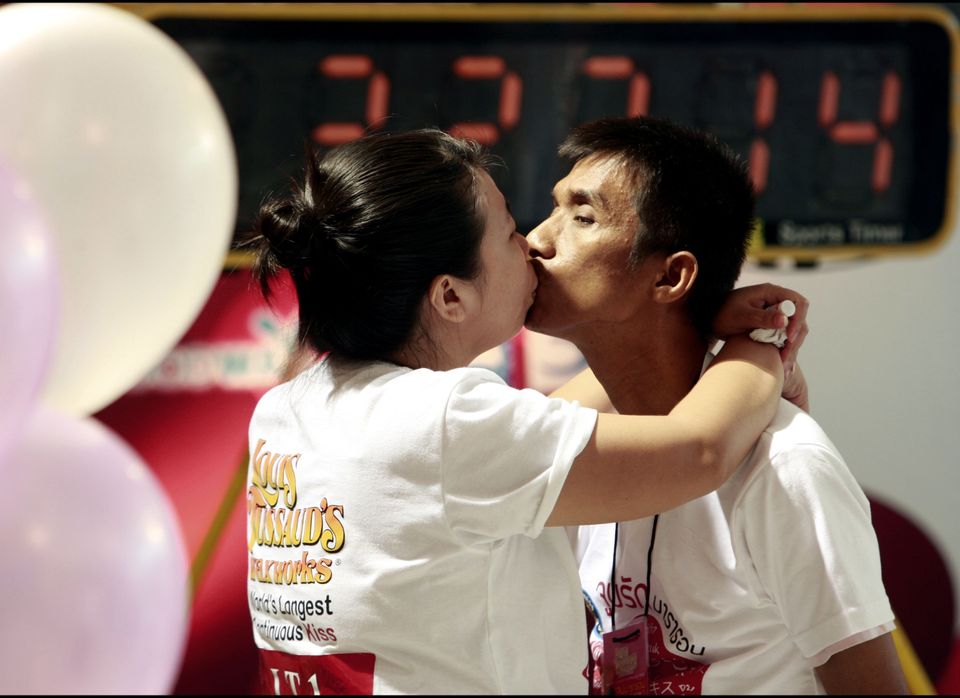