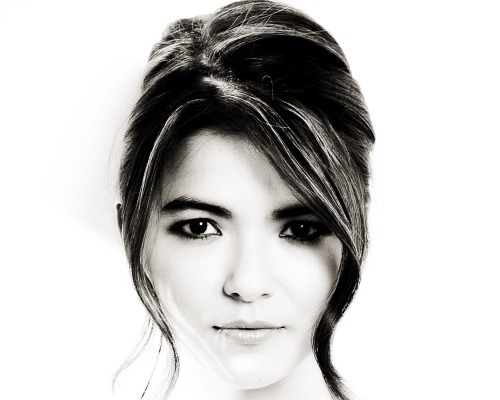 To your everyday person, the music of 18th century classical composer Wolfgang Amadeus Mozart might just be something old, something boring, or something that we just can't relate to. However, if you really open yourself up to it, Mozart's music is anything but that. It's timeless, it's full of emotion, and it has everything to do with how we as humans feel, even today. In a world where most music burns heavy and burns out quickly, the flame of Mozart's music still burns as warmly as it did when he first wrote it.

That's how violinist Karen Gomyo feels about the works of Mozart, and she'll be performing the famed composer's Violin Concerto No. 5 with the Detroit Symphony Orchestra for three performances on March 27 through March 29 at the Orchestra Hall in Detroit.

Gomyo, who was originally born in Japan, grew up in Montreal from the time she was 2 years of age until around 11, when her and her mother moved to New York to accept an invitation to study at the Juilliard School with legendary pedagogue Dorothy DeLay. It was a path she was excited to embark on since the music bug started to hit her around the age of 5 when her mother took her to the Montreal Symphony and found inspiration from the now legendary violinist Midori (who will also be performing with the DSO May 21-23). The invite to Juilliard, even at such a young age, forced Gomyo to really commit to the violin seriously, and her time there was priceless and made her feel like she was really following in the footsteps of one of her idols in Midori. "Back when I was there during Ms. DeLay's time, it was just a highly competitive environment," says Karen Gomyo about her experience at Juilliard over a recent phone conversation. "All these very talented young people with their ambitious parents would show up to the school and they all wanted the same thing, and they all wanted her attention. That creates a rough environment, but I certainly learned to just keep reminding myself why I was there in the first place. There's always the love of the music. Ms. DeLay was a very exceptional teacher. I learned so much from her, not only about music, but also about being a person."

When it comes to the five Violin concertos that Mozart wrote, all written in the year 1775 at the age of 19, there was an explosive development both musically and technically with each one that was written. The last one, the Violin Concerto No. 5, or also titled "The Turkish", was known to be by far the most complex and challenging of the violin concertos, and to the listener, it's a piece that has an overwhelming burst of joyfulness throughout but with slight hints of sadness underneath. "Its always just such a joy to play Mozart's music and its always physical because to play his music feels very exposing," describes Gomyo. "Its a pure music and you can't get away with anything. As you play, you really feel that every angle of every note is so important and refined and pure. I think there is a great challenge that comes with music that is that way. There is a very human element to his music."

This will be the fourth time Karen Gomyo has performed with the Detroit Symphony Orchestra and she's always had a warm reception from all the fellow DSO musicians. "I've always enjoyed it so much," says Gomyo. "Not only do they play extremely well, but they are a very nice group of people. I remember last time, we played in four different venues and sometimes things like that can seem not necessarily stressful, but I think it's more comfortable sometimes to be just in one hall and not moving around. I remember how there was just a positive atmosphere from the musicians. That means a lot when you come in as a guest, and you have such short time with them, and the soloist is the one just playing their part. It means a lot when you feel a positive vibe from your surroundings."