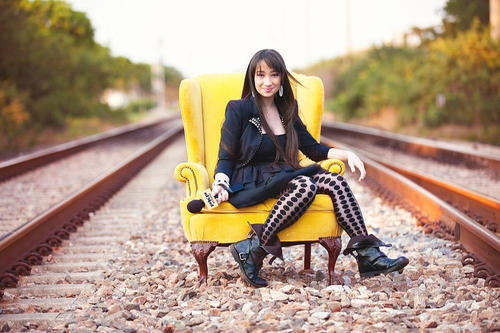 November 21st is Word Television Day, and the UN acknowledges that television is one of the most influential forms of media for communication and information dissemination. My guest today, Pavlina Osta, is one name you should watch out for because she will be hitting the big screen in your living room very soon.

Pavlina started hosting her own radio show at 11. Currently, at 18, she holds two Guinness world records. First for conducting the highest number of interviews within 24 hours; she interviewed 347 people in one day. Secondly, for the longest marathon playing steel drum; she played for 26 hours non-stop with only 5-minute breaks every hour.

Her show, Pavlina's Kid's Place, is on 17 radio stations in the US including iHeart radio, and she has already received 2 Gracies--an award given to outstanding women in the media industry.

Pavlina told me about the secret behind her "super power", as well as her dreams of getting her own television talk show in the nearest future.

Growing Up and Starting Radio Show at 11

Pavlina: I started when I was 11 like you said, and I used to play steel drums on the beaches where I grew up, in Florida, and one day one of the radio station managers in Florida said to me, "You're always in the station...you should start your own radio show", and I said, "Okay...cool". So that's how I started my show and then I started doing celebrity interviews, that's how I grew. Now I'm on 17 radio stations across the country, and on iHeart radio. 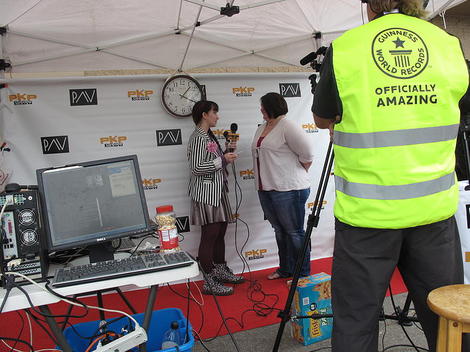 Pavlina: It was a lot of adrenaline. I never got tired because, I just had so much adrenaline going through me. It was 24 hours, and I interviewed 347 people. I actually just stood outside the local Walmart in my hometown, because that was the only thing that was open for 24 hours. I will actually just call over regular people and try to do an interview with them, and there were a lot of rules and regulations with Guinness and so it was kind of hard not to break any of the rules like talk over someone or making sure they talk in complete sentences

It was a lot fun. I remember like when it was 3am, and there were not so many people coming. I was starting to get tired around that time. But still it was a lot of adrenaline through it all, like you know, you're setting a record...you just have to do it. 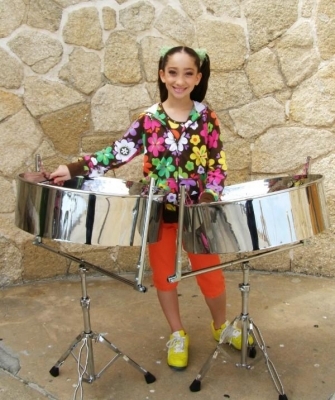 Pavlina: So I recently broke another Guinness World record, this was in September 2015, on the longest marathon playing steel drum. I played Steel drums for 26 hours. Every hour you're allowed a 5-minute break to sit down or to rest your hands or to eat or something, but if you don't take a break for 4 hours you allowed a 20-minutes, if you play longer then 4 hours without a break you lose your break time. So I would usually play for 4 hours before taking a break so as to have a longer time to rest and to eat something.

It was a lot easier I think, there wasn't so much pressure I guess, compared to the first one I did. After the whole thing, I could still hear the steel drums playing in my ears for days (laughs) Yeah, it was fun

Where does this Adrenaline come from?

Pavlina: I don't really know (hahaha). I am vegetarian--like a hard core vegetarian. Actually I am more of a fruitarian, like Steve Jobs or something. I eat fruits a lot.

I have a lot of coffee all the time, every day, all day. So, lots of fruit, lots of coffee and tea, and pizza? I love pizza. 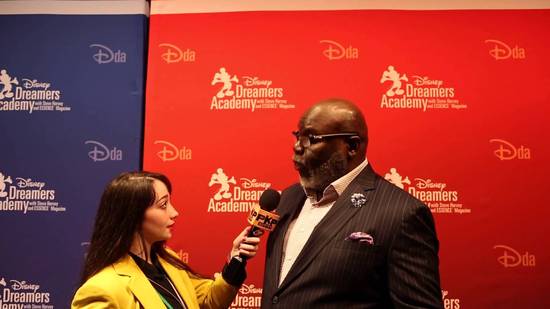 Adjusting to Life in New York

Pavlina: Actually it wasn't too hard of an adjustment because ever since I was 9 or 10 I've been coming to New York every single summer for dancing or for some other summer programs. Last two summers have been different I have been going to different college

programmes. I usually spend the whole summer in New York; I would live with a bunch of friends in the college dorms so it wasn't really hard to adjust.

The reason I moved this time is that I was offered a job over the summer by Salem Media, and it was a very big opportunity and so I wanted to take it.

Non-Profit Campaign to Stop Texting and Driving: Text ya Later

Pavlina: I've always been a strong advocate of not texting while driving, although unfortunately I've not been able to do as much with this campaign as I would have liked to. However, I plan to do more with it in the future unfortunately at the moment I've got so many other things going on.

Pavlina: Yes, I have a car back in Florida. It's a convertible yellow Volkswagen Bug. I named her Betsey, she's like my baby, I love her. (laughs) 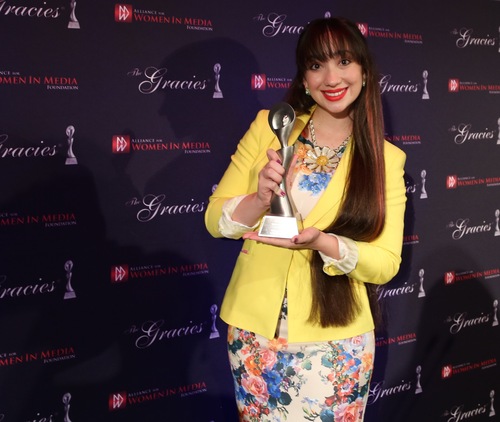 (Pavlina at the Gracies)

Any other Personal Projects? Maybe another World Record?

Pavlina: Since I've already done two world records, I'm not too sure if I would do a third. We will have to see. But besides that I am trying to do a lot of interviews around New York, I love the local stuff that happens around here, it is always very exciting.

So, yeah I'm covering a lot of local stuff like the Macy's Thanksgiving Day Parade and other events around New York. 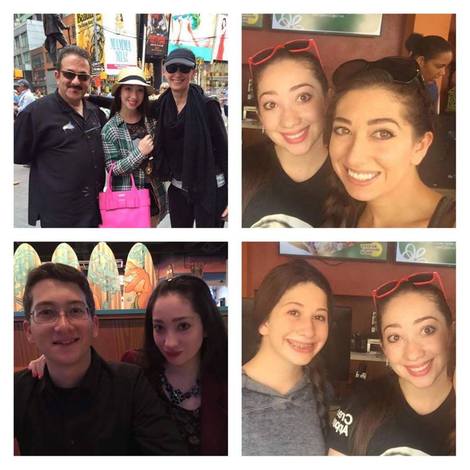 What about your Siblings?

Food for the Soul: "In the last days, God says, I will pour out my Spirit on all people. Your sons and daughters will prophesy, your young men will see visions, your old men will dream dreams." (Acts 2:17, NIV)