March 20th is World Theater for Children and Young People Day. Some of you might be thinking, "Oh lord, why do we need a day to celebrate actors being silly, wearing bright colors and singing obnoxiously at squirming kiddos and bored parents?"

But if you think that's what Theatre for Young People is, you're missing out on truly powerful, hilarious, bold, engaging, surprising theater that might just save the world.

Around the world artists are creating a new stripe of Theatre for Young People that combines the elegance of dance, the innovation of devised theater, the freshness of new plays, the magnetism of puppetry and the inciting energy of new musicals. Kids have access to more and more mature theatrical visions premiering from Washington, D.C.'s Kennedy Center to Atlanta's Synchronicity Theatre to San Francisco's Handful Players to Ireland to Adelaide to Kosovo to Cape Town. 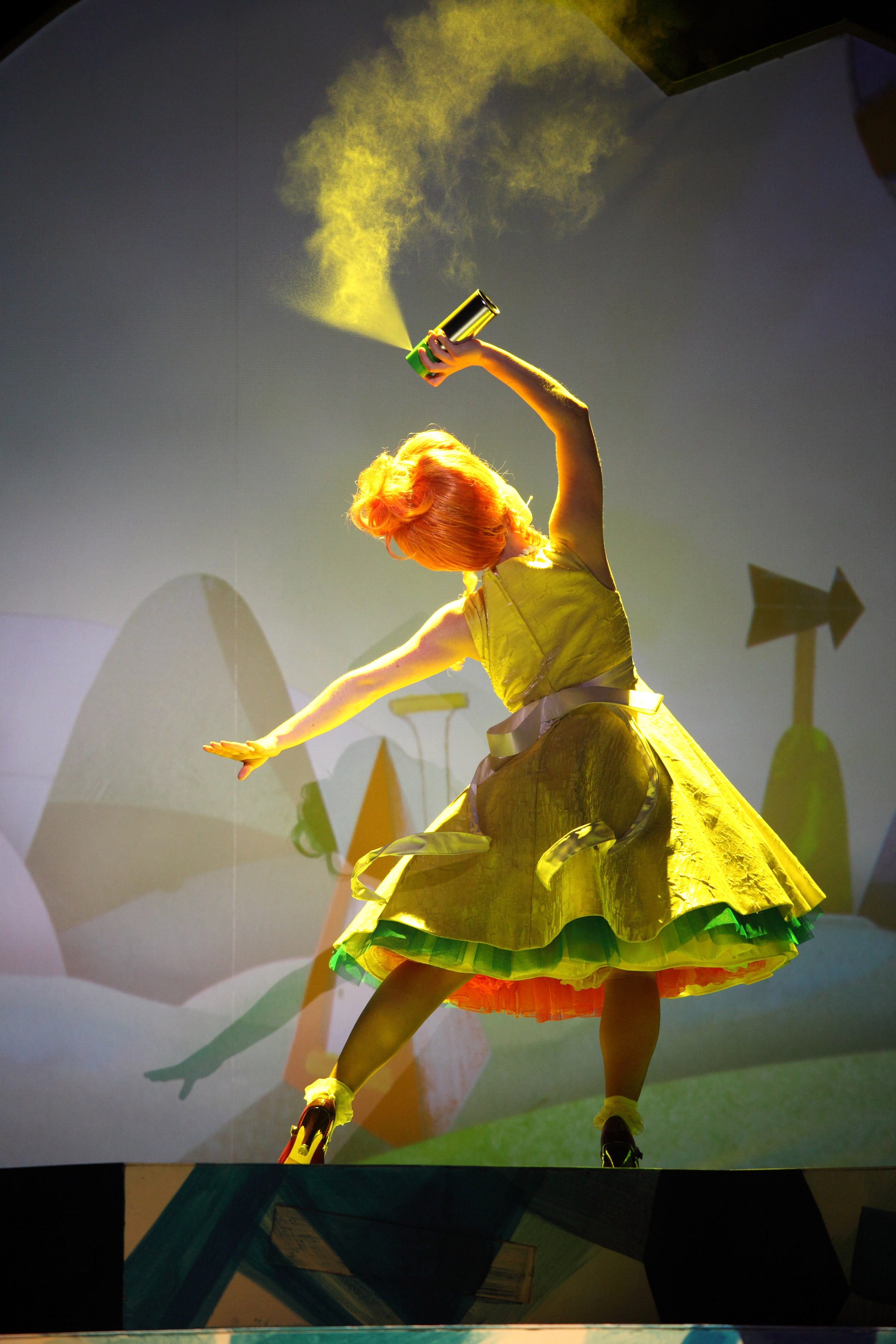 These plays range from re-imagined fairy tales and adaptations of favorite books to brand-new plays and electric new musicals about everything from physics to bullying to the American Civil War.

But how could theater, especially theater for young people, really matter in a world as fraught and disparity-scattered as ours? 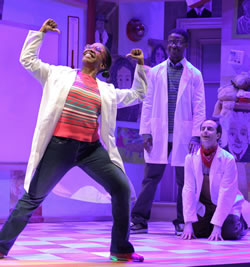 The Amazing Adventures of Dr. Wonderful (And Her Dog!) at The Kennedy Center, Oct 2011

Not to sound overly grand (too late), but so much of the toxicity in this world comes from a collective draining of empathy. We don't understand each other, and we don't want to. But theater invites us -- no, forces us -- to empathize.

As my friend Bill English of San Francisco's SF Playhouse says, theater is like a gym for empathy. It's where we can go to build up the muscles of compassion, to practice listening and understanding and engaging with people that are not just like ourselves. We practice sitting down, paying attention and learning from other people's actions. We practice caring.

Kids need this kind of practice even more than adults do. This is going to be their planet and they've got more time to apply that empathy and make a difference. Buddhist roshi Joan Halifax challenges us to actively and specifically teach children (and vote for presidents with) empathy. Why not take your child to the theater to do just that.

In fact "Take A Child to the Theatre Today" is the campaign theme of The International Association of Theaters for Young Audiences for the next three years.

If you take a child to the theater, not only will they practice empathy, they might also laugh uproariously, or come home singing about science, or want to know more about history, or tell you what happened at school today, or spend all dinner discussing music, or learn how to handle conflict, or start becoming future patrons of the arts.

On March 20th, take a child to the theater. Take them all the time. And don't "sit back, relax, and enjoy the show." Lean forward, engage and start changing the world for the better. 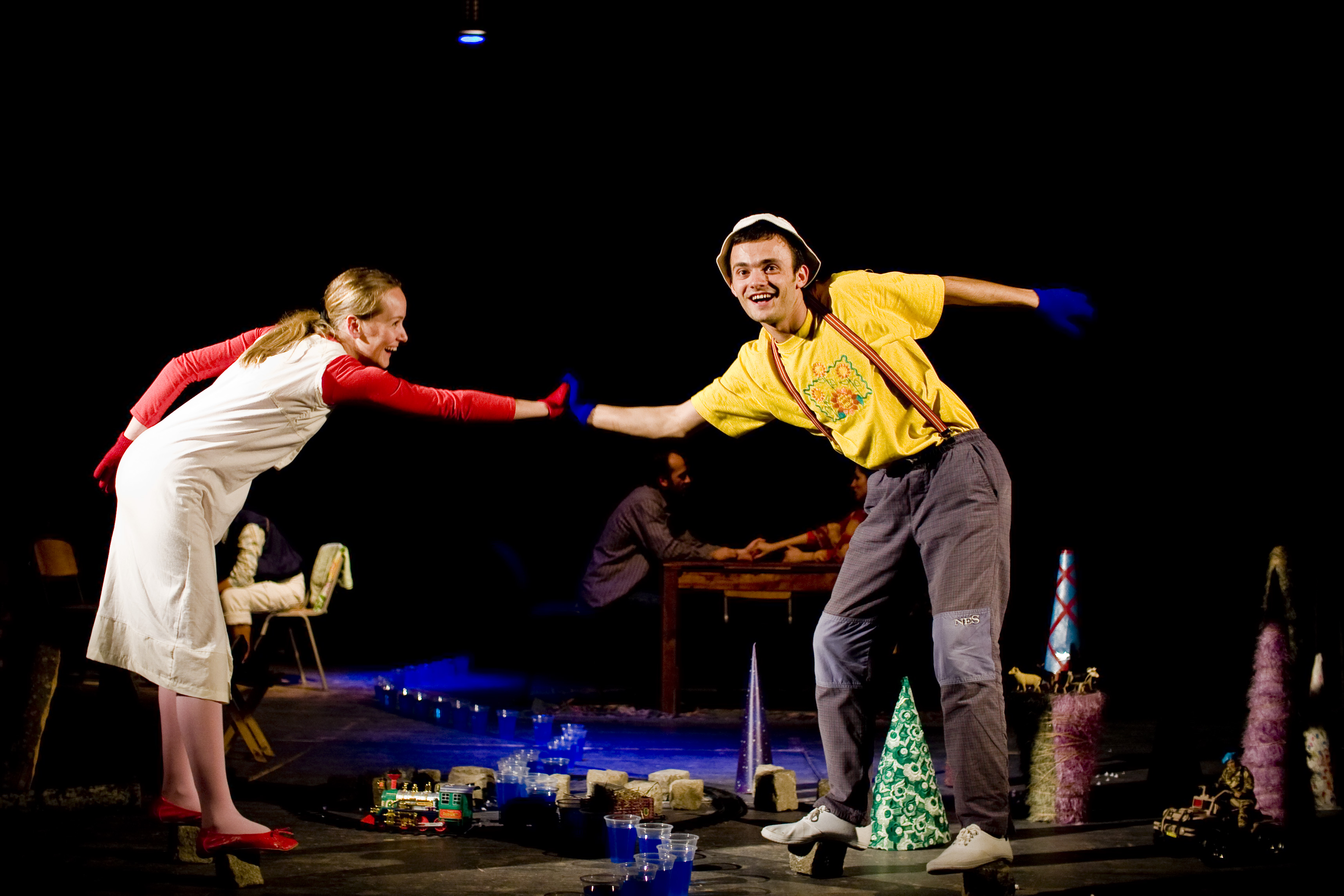