Sunday, March 27, was World Theatre Day. Established in 1961 by the International Theatre Institute (ITI), it is an annual celebration that honors the art of theater. Every year a selected figure of world stature shares his or her reflections on the state of theater. The first World Theatre Day message was written by Jean Cocteau in 1962. In later years Arthur Miller, Vaclav Havel, Luchino Visconti, Eugene Ionesco and Pablo Neruda, just to name a few, gave the address. This year Russian stage director Anatoli Vassiliev was selected. On this unique and symbolic day people from all over the world celebrate in their own way the power of theatre and what it means to them individually.

A powerful memory from my early days in the theater is of working with the great Sławomir Mrożek, who was one of Poland's most remarkable 20th Century dramatists. He is best known for his biting allegorical plays whose absurdism lampooned the political and social conditions of postwar Eastern Europe.

On December 13, 1981 Martial Law was imposed in Poland. There were curfews and severe food shortages. Lines of tanks would stretch out for miles in front of my home in Gdansk, a city which is often known as "the home of Solidarity." The surreal and the absurd mingled in daily life. Stores, schools were open on and off during those troubled times.

I was in my third year of getting my Masters in Drama at PWSFTViT in Łódz. Because of the chaotic political climate, it was uncertain whether the school would remain open long enough for me to complete my studies. I asked the director of the Teatr Wybrzeże in my hometown of Gdańsk if I could act in his theater, hoping to land a performance that would possibly count towards my degree. 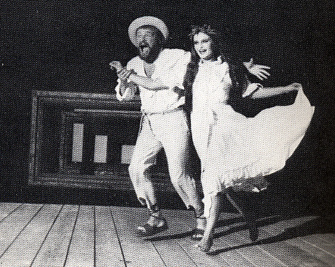 I was fortunate to be cast in Mrożek's play Vatzlav: A Play in 77 Scenes, thereby making my stage debut while still a student. While very excited, at the same time I could hardly believe it, as I had heard the play was banned.

Vatzlav is an absurdist farce about a 20th-century "Everyman" who is given the chance to reinvent himself when he is shipwrecked on a mysterious island. The director offered me the role of Justine, an embodiment of Justice, a role that resonated deeply with me in those tumultuous days. At the beginning of the play, Justine is pure and so innocent she believes babies are conceived by the mind. She meets Vatzlav, a slave, a castaway, and a self-proclaimed prince among men, and encounters such creatures as the capitalistic Mr. and Mrs. Bat, who feed on the blood of the people; their forty-year-old little boy, who becomes a bear, and incites the folk to rebellion; General Barbaro and his "army of liberation;" and the self-proclaimed Genius, who seeks to bring justice to an unjust world by conquest. As the scenes unfold, Justine becomes progressively darker and less naïve; by the end of the play she has gone mad. 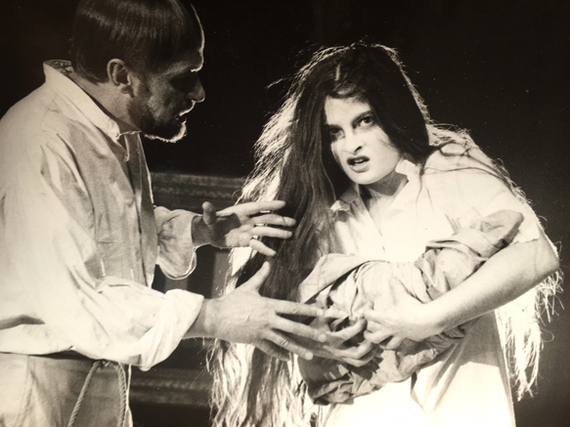 At the time, censorship was rife in the arts. Before a premiere, a censor would arrive and the actors would have to perform the play for the censor's review. I will never forget when I was standing on the stage with the bearded actor who played my father. The censor stopped the performance and said that the character could not have a beard in the play. I smirked, and she raised her voice and through clenched teeth hissed, "Ms. Poźniak, stop grinning, do you think I'm stupid? Your father in the play will remind everyone of Karl Marx. He cannot have a beard." In those days any satire of revered figures was strictly forbidden. 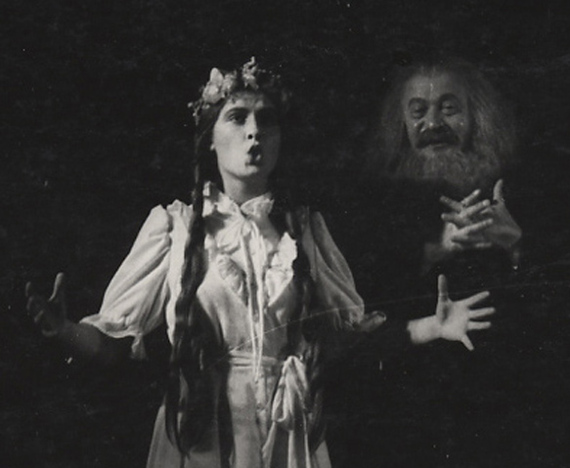 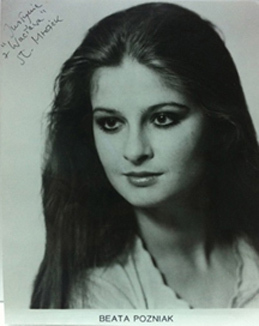 After the censored drama finally had it's premiere, Sławomir Mrożek signs my photo ... "To Justine from Vatzlav - St. Mrożek". He always wanted to emphasize where ever he could the symbol and importance of justice.

In the spirit of World Theatre Day, it is fitting to pay tribute to an artist like Mrożek, who dedicated his life to creating plays that exposed the nonsensical and the absurd through wonderful theater.