TOKYO -- Truly great cities capture our imagination, even when we have never visited them. Paris conjures renewal and love, New York is about hustle and dynamism and London represents staid charm. Istanbul speaks of mystery, Rio de Janeiro of zestful libertinism and Shanghai of rapid reinvention.

And then there's Tokyo. Of all the world's great cities, the world's largest seems to lend itself least to glib reveries.

Like the world's other great cities, our Tokyo has a richness all its own.

More recently, "The Fast and the Furious: Tokyo Drift" depicted a metallic and strangely depopulated metropolis, while the Bill Murray comedy "Lost in Translation" rather offensively portrayed Tokyo as culturally incomprehensible and bizarre.

None of these Hollywood stereotypes do justice to the real Tokyo that I and nearly 38 million other citizens call home. Like the world's other great cities, our Tokyo has a richness all its own.

Tokyo is Japan's city of romance and youthful ambition, and the home to both our imperial past and our J-pop present. It is our Silicon Valley, our Wall Street and our Washington, D.C. It is an ancient city that reinvents itself constantly and in surprising ways. Just take a look at Rakuten, Japan's big online retailer, which recently made English its official corporate language. 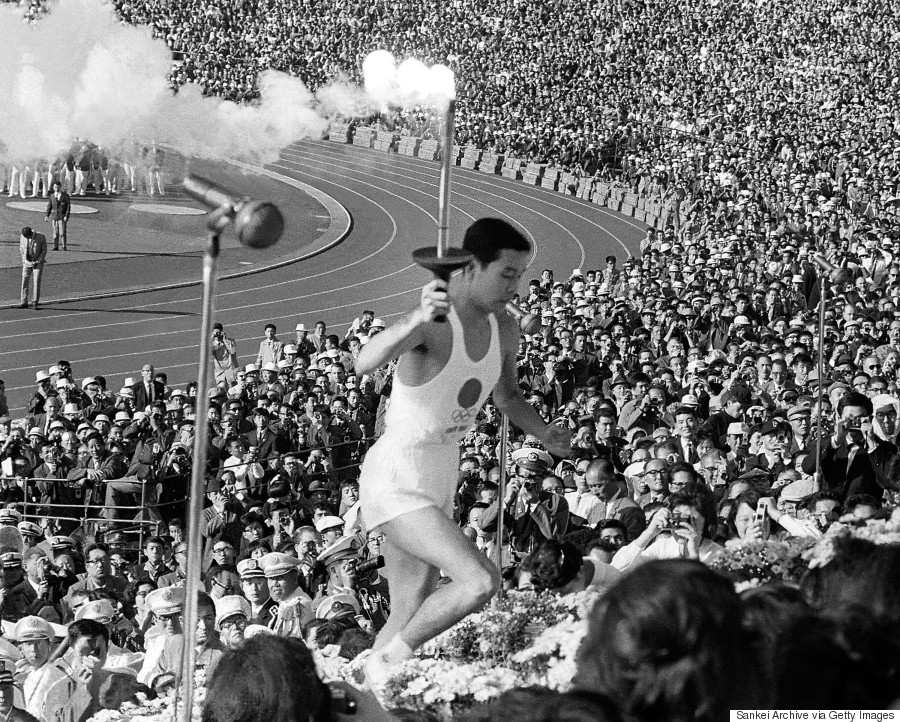 The final bearer of the torch relay runs up to the Olympic cauldron during the opening ceremony of the Tokyo Olympics in 1964 in Tokyo, Japan. (Sankei Archive via Getty Images)

Tokyo has been awarded the 2020 Summer Olympic Games, and in the years leading up to that event, the city will move to the world's center stage. The Games are thus a defining moment -- an occasion for Tokyo's citizens to consider how we want to be seen, and how we see ourselves -- similar to how the 1964 Games were a defining moment for postwar Japan. Back then, Tokyo proudly stood up as a city that, through hard work, self-sacrifice and imagination, had risen from the ashes of World War II.

The Tokyo of 1964 was built by a great generation that created "Japan, Inc." It was a Tokyo of smokestacks and great industry, but also of new technologies and innovation, exemplified by Sony and its self-made founder, Akio Morita, who in many ways was the Steve Jobs of his era.

This period was also notable because it was the start of another type of transformation for the city, toward sustainability. At the time, Japan relied heavily on imported energy; but when the oil shocks of the 1970s sent energy prices soaring, Japan responded with what was probably the first sustained national effort at energy independence. In Tokyo, the results could be seen by the end of the decade, with heavy industry replaced by gleaming towers of post-industrial commerce.

The Restoration was fundamentally a modernization crash course.

Tokyo has much to be proud of, but my favorite period is one that few think about today. It is the Tokyo of 1900, when the city stood for Asian modernity after a millennium of being overshadowed by the West.

The Tokyo of the early 20th century was a direct result of the Meiji Restoration of 1868. Many people outside of Japan associate the Restoration with the imperialism and militarism that erupted in the 1930s, but this misses the point by reducing an entire epoch to what happened in a single decade. The Restoration was more fundamentally a modernization crash course, a comprehensive national effort to catch up with the West as quickly as possible.

By 1900, Japan had far exceeded the Meiji leaders' expectations. No longer a hermit kingdom, Japan was a beacon for Asian modernization. Indeed, many of the greatest names in modern Asian history flocked to Tokyo, not only to learn for themselves what Japan had achieved so rapidly, but also to think and write freely -- liberties often denied them under feudal rule or imperial censorship in their home countries. 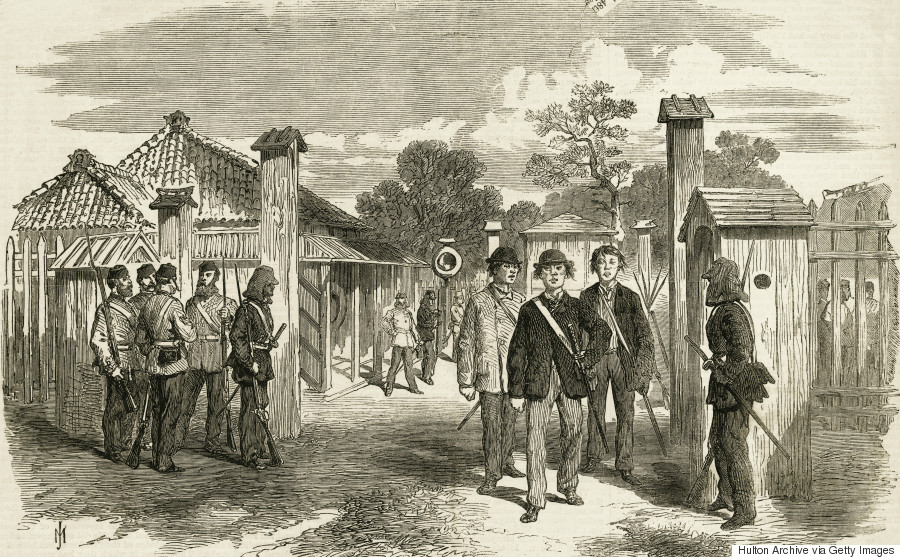 The entrance gate to the city of Yokohama, guarded by European troops at the time of the Meiji restoration, 1868. (Hulton Archive/Getty Images)

This was also the Tokyo visited frequently by Rabindranath Tagore, Bengal's great national poet and philosopher who inspired Mahatma Gandhi. Tagore was the first non-European to win the Nobel Prize in Literature, and his great lecture, "The Spirit of Japan," captures Japan's seemingly limitless vitality, while also warning against misusing that dynamism for nationalist purposes. This Tokyo even shares today's last living link to Hollywood's golden age: Olivia de Havilland, star of "Gone With the Wind," was born there in 1916, the same time that Tagore was delivering his lectures.

The early 20th century Tokyo is the one Japan and the world needs today. With its inspirational vigor and inclusive cosmopolitanism, what better image could one have for Asia's future? 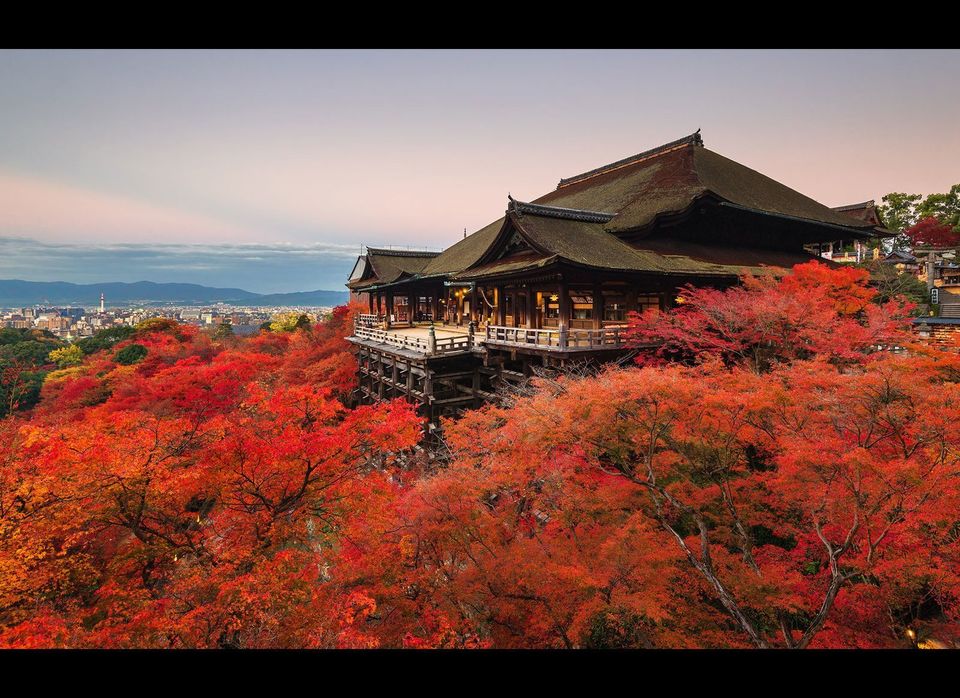 1 / 7
Kiyomizu-dera Temple
<strong>See More of the <a href="http://www.travelandleisure.com/slideshows/best-temples-japan/8?xid=PS_huffpo">17 Stunning Temples in Japan That Will Have You Buying a Plane Ticket, Stat</a></strong><br><br>This Buddhist temple in Eastern Kyoto is part of a series of monuments in the ancient city that have been dubbed UNESCO World Heritage Sites. For worshippers, Kiyomizu-dera—which translates to "Pure Water Temple"—is the home of the Goddess of Mercy—a symbol that's been around for more than 1,200 years.<br><br> <em>Photo: Getty Images</em>