On Monday morning in Geneva, a week-long round of secret negotiations will resume on a treaty which ordinary citizens worldwide probably never heard of, but that will certainly affect many aspects of their everyday life.

I wrote several weeks ago on the Trade In Services Agreement (TISA), the most ambitious and perhaps dangerous push on liberalizing services that we have ever seen. Thanks to Wikileaks, who published the draft texts for the financial services part last Thursday, we now have an idea about the way in which this treaty will deliberately undermine any attempt at "financial re-regulation" in the light of the current global financial crisis.

Indeed, analysis shows that with this new treaty, governments that would sign on to TISA will be expected to lock in and extend their current levels of financial deregulation and liberalization. It's now clear following the Wikileaks publication that finance companies which were responsible for the global financial crisis have seen almost all of their demands for further deregulation reflected in the proposals made by governments on their behalf. The publication also shows that the proposals being negotiated this week require more financial deregulation than the World Trade Organization rules and in some places even more than the most extreme existing free trade agreements.

Simply put, the proposals being considered this week are the finance industry's dream come true. 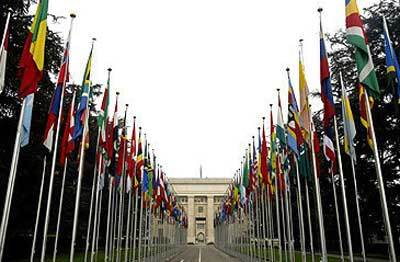 So, what's the problem? If accepted, these proposals would prevent the implementation of many of the recommendations to deal with the current global financial crisis and reduce the chances of future financial crises that have been advocated by Nobel Prize-winning economists, United Nations agencies and other finance experts.

Public Citizen, a think tank based Washington D.C., notes that if the leaked text is accepted:

... it would roll back the improvements made after the global financial crisis to safeguard consumers and financial stability and cement us into the extreme deregulatory model of the 1990s that led to the crisis in the first place and the billions in losses to consumers and governments. This is a text that big banks and financial speculators may love but that could do real damage to the rest of us.

The group says that the new text includes a provision that is called "standstill" that would block countries from changing financial regulation and would lock them into whatever policies they had on the books in the past.

Another aspect of the Treaty which is particularly worrying is on data sharing. The U.S. government is proposing to make it much easier for foreign governments to spy on the sensitive financial data of citizens of other TISA countries. Because of Edward Snowden, we now know that the National Security Agency sent an agent to a technology company's headquarters where they installed U.S. government software on to the company server and downloaded data from there for several weeks. Governments that would agree to this Trade in Services Agreement (TISA) proposal would have to allow finance companies to transfer the data of their country's citizens to any other country for processing, without any privacy safeguards. So for example if Pakistan is the cheapest location to outsource this back-office processing to, the U.S. proposal, if accepted, would allow banks and insurance companies from any TISA country to transfer the data of American citizens to Pakistan for processing, with no privacy safeguards.

To conclude, it has become clear that the main protagonists of the proposed TISA have been the European Union and the US government. They have succeeded to drag some 50 countries into negotiating away from the WTO's Headquarters and any public scrutiny.

Responding to the ongoing talks, Rosa Pavanelli, the head of the world's biggest public services unions said: "We expect US Trade Representative Froman and EU Trade Commissioner de Gucht to lead responsibly and end the opacity behind the services talks. We shouldn't have to rely on Wikileaks to have access to what ought to be public information around talks to liberalize a huge portion of our economy."

Find out more about the treaty and its possible impacts here.