CAPE CANAVERAL, Florida (Reuters) - Hoping to cash in on a growing appetite for adventure, an Arizona startup has unveiled plans for a balloon ride to the stratosphere, offering passengers about two hours of space-like views from 19 miles above Earth.

The company expects to begin flight tests of a demonstration vehicle this year in Arizona and could be flying passengers within three years, Poynter said.

Initially, six passengers and two pilots would be aboard a pressurized capsule that is still under development. The Federal Aviation Administration has determined it must meet the same safety requirements as a manned spacecraft orbiting Earth.

"At Paragon's intended altitude, water and blood boil, and an unprotected person would rapidly experience fatal decompression," the FAA, which oversees commercial spaceflight in the United States, wrote in a letter Paragon provided to Reuters.

The FAA said it took no position as to whether an altitude of 30 kilometers constitutes outer space, but that Paragon's capsule will need to be capable of operating in space.

By comparison, rides aboard SpaceShipTwo - a suborbital six-passenger, two-pilot vehicle owned by Virgin Galactic, an offshoot of Richard Branson's London-based Virgin Group - is expected to reach about 68 miles.

At that altitude, passengers will experience a few minutes of weightlessness in addition to seeing the curvature of the Earth set against the black sky of space.

World View capsules would be propelled by a 40 million cubic-foot (1.1 million cubic-meter) helium balloon and a steerable parafoil, an inflatable wing-shaped parachute. They should take about 90 minutes to two hours to reach peak altitude, more than twice as high as where commercial jets fly.

While the view may not be as expansive as what SpaceShipTwo can offer, it will last longer. Project developers expect the capsule to linger in the middle of the stratosphere for about two hours before returning to the ground. The descent should take 25 to 40 minutes.

A World View ride would cost less than one-third of the $250,000 it will cost to fly on SpaceShipTwo. So far, about 650 people have put down deposits or paid for rides on the latter, which is undergoing testing at manufacturer Scaled Composites' facility in Mojave, California.

Virgin Galactic and others have shown that the luxury market has shifted from high-end goods to high-end experiences, Paragon co-founder and Chief Executive Taber MacCallum told Reuters.

"(We) found we could put together a business plan that closed in a ticket price that is not too different from other luxury experiences, like a high-end safari and things like that," MacCallum said.

For added safety and for landing, a steerable parafoil will remain deployed and attached to the capsule throughout the ride, Poynter and MacCallum said.

"The balloon you're under is the thickness of a dry cleaner bag. It's very thin material by necessity to get you so high. That's where the technical risk lies. The risks of decompression of the spacecraft or life-support systems failures are really pretty small. We've got lots of redundant systems and we can return to lower altitudes pretty quickly," MacCallum said.

"There is a chance - and every once in a while you see in scientific ballooning - of a balloon failure. That's really what took us to having this para-wing, or parafoil always open so that from just about any altitude the vehicle could safely glide back," he added. 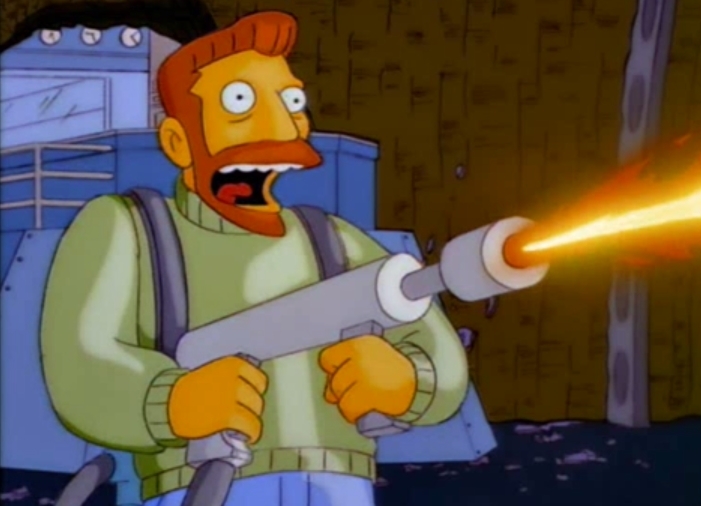 1 / 41
Globex
Appeared in: 'The Simpsons' Globex only appeared in a single episode, but that was one memorable episode. The company owned by Hank Scorpio at first appears to be one of those "progressive" 1990s workplaces where the boss wears loafers and everyone is on "flexi-time," until it emerges the loafer-wearing boss is a James Bond-style supervillain hell-bent on destroying the world. All while offering his employees free back rubs over lunch.
20th Century Fox / YouTube