You probably have heard about nearly finished World War II museum in Gdańsk, since international media, like "Washington Post" or "The Guardian", have covered the controversial plans of Polish Ministry of Culture to dismantle the soon to be opened institution. The city of Gdańsk, being one of key founders of the museum, was not even consulted for that plan. Majority of city residents, international community of scholars, and I personally, strongly oppose any action which can compromise one of Europe's most prestigious cultural projects for 2016. 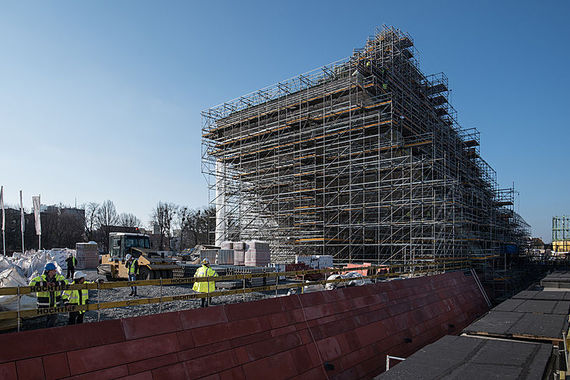 The building of the museum is almost finished. Photo: WWII museum/Roman Jocher

To fully explain the controversy raised by the Ministry of Culture, let me begin with a short background. I think most of my international readers are not familiar with a concept of the "politics of memory", an idea popular in the government of Law & Justice (PiS) party. There is an underlying belief, that the history and the past can be freely interpreted and changed to serve current political goals of the ruling party. In fact, it quite resembles the Orwellian "memory hole", described as "a slot into which government officials deposit politically inconvenient documents and records to be destroyed". The "Financial Times" got it right: "[PiS is] no less obsessed than its communist predecessors with controlling history for dubious ends".

The project of World War II museum, started in 2008, is a joint initiative of central government of Poland and local government of Gdańsk, who shared financial efforts to create a unique museum of the war. Its theme is focused mainly on civilian casualties of the conflict suffering under German occupation and commemorating the losses of nations severely tried by the conflict, including Poles, Jews, Ukrainians, and Russians. It will be a reminder to the world, that World War II began in Gdańsk on September 1, 1939, when Germans assaulted Polish army depot on Westerplatte. It is of great importance to widely educate public opinion of this historical fact, especially in light of wide-spread ignorance supporting the Russian-centric view that the war began in June 1941 (Germany attack on the USSR) and the USA-centric view that it started in December 1941 (Japan attack on Pearl Harbor).

The idea of the museum was widely praised in Poland and internationally. The renowned historian Timothy Snyder of Yale commented to the Associated Press: "What they have is a museum that is going to be seen as remarkable on a European and on an international scale and that will draw millions to Poland". 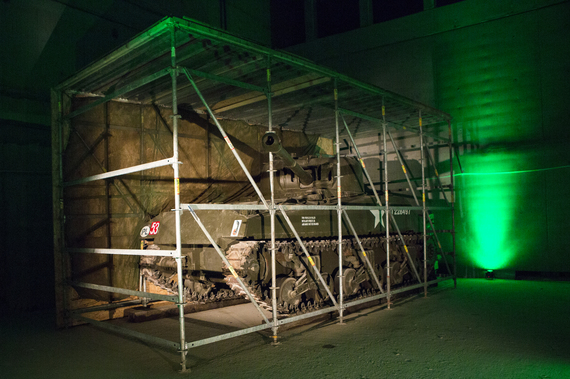 The exhibition has already been contracted, many exhibits ready, like the tank who was installed in an underground part of the museum. Photo: Jerzy Pinkas 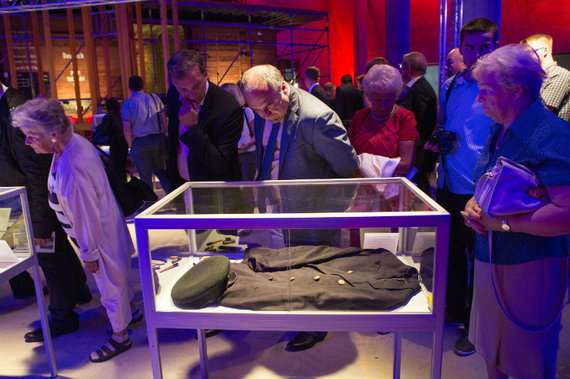 There was an open day on the construction site in September 2015. Today the project is much more advanced. Photo: Jerzy Pinkas

A few weeks ago, Culture Minister Piotr Gliński, without any consultation with Gdańsk, the crucial stakeholder in the project, announced the possible merge of the almost ready to be opened WWII museum with a non-existing museum of the attack on Westerplatte. The idea behind it is very simple: a new institution equals a new director, and this leads directly to throwing away the previously acclaimed concept of the museum, no matter how much planning, work and money it has already taken. It would compromise the very existence of the museum (its content already being installed in the building!) and its opening scheduled for December 2016.

It was quite a surprise and disbelief when I read in the press what the Minister had proposed. The city of Gdańsk donated 12,000,000 EUR worth plot of land in the city center for the museum, with the purpose of the donation clearly defined: to build on it a museum presenting a full view on the 1939-1945 global conflict, without limiting it to "politics of memory" of any political party. We in Gdańsk will do anything to defend the concept of the museum worked out by a team of renowned Polish and international historians. We want the place to remind further generations what totalitarian ideas, nationalism and hatred lead to. Such a place is needed today even more than ever.

May 8 and 9 are the days when the whole world celebrates the anniversary of the victory over fascism. Unfortunately, on these days we still can't say that the controversy raised by Mr. Gliński is over. We even hear other disturbing news. Deputy Minister Jarosław Sellin said there would be no change of the museum's name, but he didn't reject the minister's original plans of merging the WWII museum with the non-existing Westerplatte museum. Therefore, the future of the WWII museum is still uncertain. I am very afraid, that the great effort of hundreds of people engaged in the project will be ruined. I need to emphasize it very clearly that not only professional historians and scholars are involved. Many people donated to the museum what was especially dear to them - personal belongings of their parents and grandparents who suffered during the war. In Gdańsk, a city so severely tried by the history, there will never be consent to manipulate the past and the political misuse.

I hope that Mr. Gliński, himself a university professor, will reconsider his initial approach, complexity of the issue and concerns raised by the international community of scholars. The museum is now 90% ready, therefore we are on the home stretch with this project. Let's do everything for it to become our shared success - of Gdańsk, Polish Ministry of Culture and everybody involved in it. 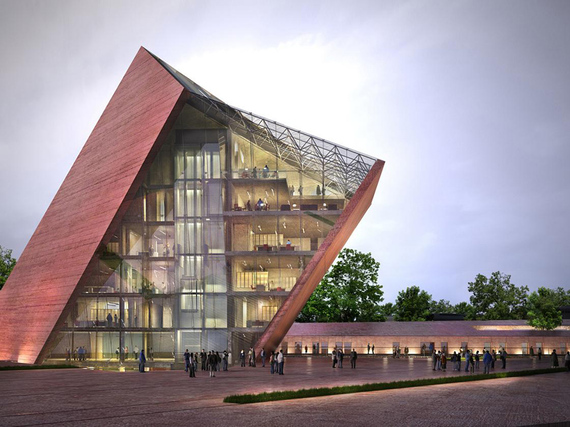