From the brutal rampage in the Middle East of the self-described Islamic State to Europe's fumbled handling of the refugee crisis, international news sparked conversations around dinner tables and across auditoriums around the world last year.

To help make sense of it all, each week the WorldPost asked an expert to shed light on a hot topic making headlines around the world.

As 2016 begins, refresh your memory on the crucial events of last year with our favorite interviews from 2015.

Have We Got ISIS All Wrong?

No group dominated the headlines last year quite like the self-described Islamic State. Dr. Hussein Ibish discussed the fierce debates over the group's relationship to Islam, the role religion plays in its success and the best way of analyzing it to guarantee it's defeated. He argued: "If we just stop fretting about the relationship of ISIS to the religious base of its ideology and accept that it's a bunch of extremists who come out of a tradition that they manipulate to justify their crimes and their ambitions, it’s not so complicated."

Other Countries Change Their Gun Laws After Mass Shootings. Why Not America?

Despite several mass shootings, including the tragedies in Charleston and San Bernardino, the United States did not see any meaningful change in 2015 when it comes to gun control. The lackluster response sets America apart from other wealthy nations, according to Harvard University professor David Hemenway. "In most countries, when there have been big changes in gun laws, it was because of mass shootings," he said. Not so in the U.S.

Author and Human Rights Watch special advisor Fred Abrahams reflected on Albania's tragic recent history, its fascinating transition and its struggle for change. "I think North Koreans would feel at home there," he said about communist Albania.

As one of Mexico's leading investigative journalists, Anabel Hernández has dedicated the past decade to investigating her country's drug war -- one of the most dangerous projects a reporter could embark on. Hernández spoke about the misconceptions surrounding Mexico's drug war, the role the U.S. plays in its neighbor's violence and why we shouldn't assume that drug cartels are behind the disappearance of the missing 43 students.

The discovery of plane debris in the Indian Ocean in August raised hopes of finally solving the mystery of the Malaysia Airlines plane that vanished in March 2014. David Gallo, director of special projects at Woods Hole Oceanographic Institution, explained the science behind reconstructing what happened to the fateful flight. "The ocean is a great record keeper," Gallo said.

Why The Debate Over Europe's Migration Crisis Is Full Of Myths

Europe struggled to cope with the influx of more than one million migrants and refugees last year. While the number of people seeking a better life on the continent shows no signs of decline, European nations have been fiercely divided over how to address the humanitarian crisis. Hein de Haas, a professor of sociology at the University of Amsterdam, believes that the debate over migration policy is surrounded by myths and lacks facts. "As a matter of framing, the real crisis is not about migration or refugees. The real crisis in Europe is the incompetence of Europe to come to a common response," he said.

Days after Russian President Vladimir Putin committed his air force to a bombing campaign in Syria, a weather forecaster on Russia's state-owned Rossiya24 TV channel used her screen time to outline the perfect weather conditions for Russia's bombers. Nataliya Rostova, a visiting scholar at the University of Berkeley's Graduate School of Journalism, explained how the broadcast was just the latest example of how the Russian government uses the mass media to sell domestic and international political decisions to the public.

The Nigerian extremist group Boko Haram stepped up its suicide attacks in 2015, particularly those bombings involving girls and women. Gender and radicalization researcher Elizabeth Pearson said the group's use of female suicide bombers suggests it will go out on a limb when it wants.

Why Myanmar's 2015 Election Is So Historic

On Nov. 9, Myanmar held its first national election since the country embarked on a transition to democracy. The vote marked a landmark victory for pro-democracy icon Aung San Suu Kyi and her National League For Democracy. "There's a change in atmosphere now," said Aung Zaw, the founder and editor of Burmese news organization The Irawaddy. "People want to exercise their rights. They are enjoying their freedom."

PHOTO GALLERY
The Best 52 Photos From Around The World In 2015
Download
Calling all HuffPost superfans!
Sign up for membership to become a founding member and help shape HuffPost's next chapter
Join HuffPost 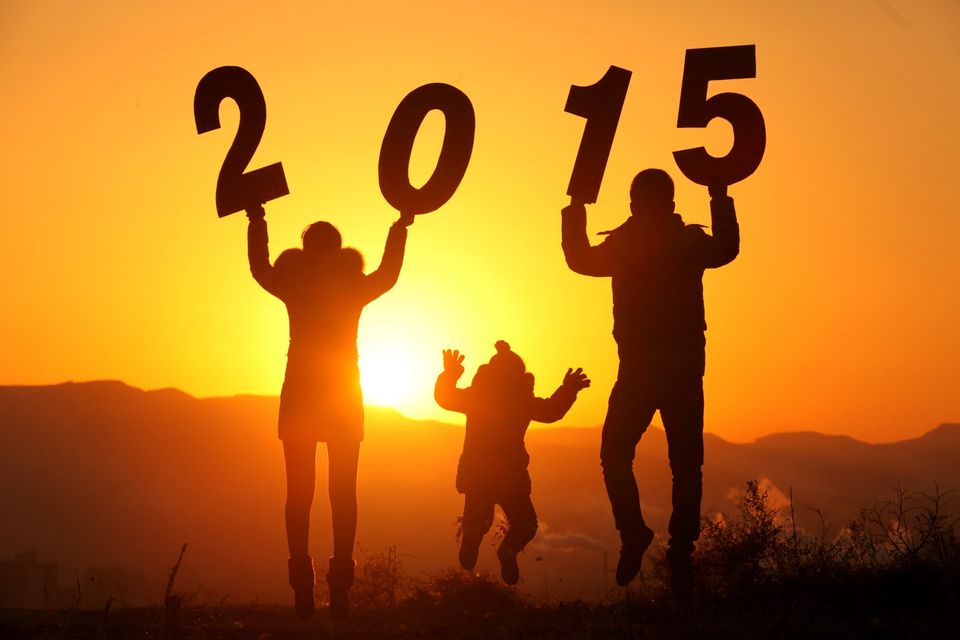