First of all, you may be wondering who the heck "Sweet Paul" is, in which case we're going wag our fingers at you. Because honestly, if you love food and all things holy, you need to familiarize yourself with Sweet Paul. This is a man to know and love, as you'll see in the video below. Paul Lowe, the brains behind Sweet Paul, is a champion of gorgeous recipes, charm, and DIY inventiveness -- he's basically the male, warm-and-fuzzy version of Martha Stewart (without the crazy Twitter account and terrible food photos), whose home you'd never want to leave if you were lucky enough to be invited.

Secondly, if you're wondering how on earth this cake can claim to be the best in the world, here's your answer:

This cake was awarded the title of Norway’s National Cake a few years back. It’s called verdens beste in Norwegian, and I agree that it just might be the world’s best. You may be skeptical of its superiority, since it isn’t iced as are many American cakes. When we photographed it, I left it at the studio apartment of Alexandra Grablewski, this book’s photographer, and the next day she confessed to having eaten two huge servings. “I guess the Norwegians are right,” she said.
-- Sweet Paul Eat & Make

Its ingredients are simple, as is its presentation, but we think the cake speaks for itself. The recipe is just one of many from the new book "Sweet Paul Eat & Make." Praised by the likes of Dorie Greenspan and Amanda Hesser & Merrill Stubbs (all of whom are worshipped at HuffPost Taste), the book hosts a combination of recipes and DIY craft projects that showcase Sweet Paul's "Nordic roots and New York tastes," as Tyler Florence puts it.

Go make this cake, check out the book, and then grab yourself a copy of Sweet Paul Magazine. You'll thank us later. 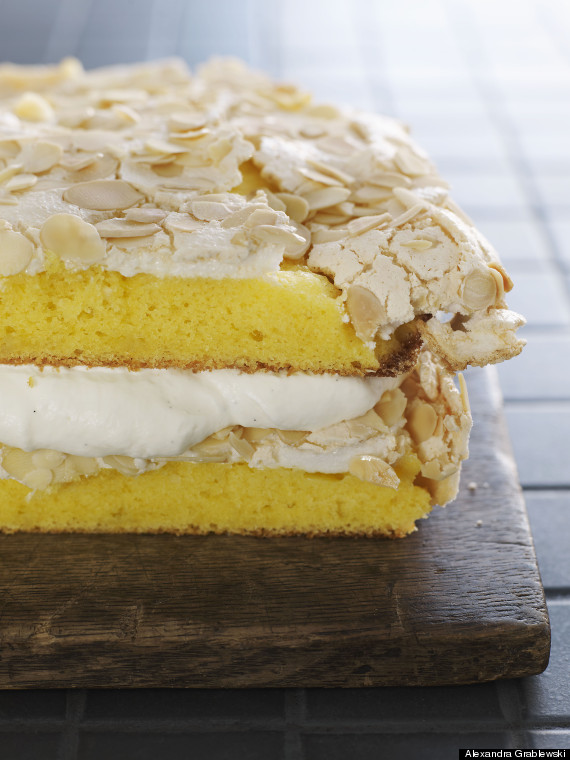 Senior Editor of Food, Style and Shopping at HuffPost