How big is the pearl inside an oyster the size of your face? According to the Daily Mail, experts at the Blue Reef Aquarium in Portsmouth, England, are trying to determine just that.

The Daily Mail speculates that the massive mollusk fossil below, which clocks in at 10 times the size of your average oyster and dates back 100 million years, "could be concealing a pearl the size of a golf ball." 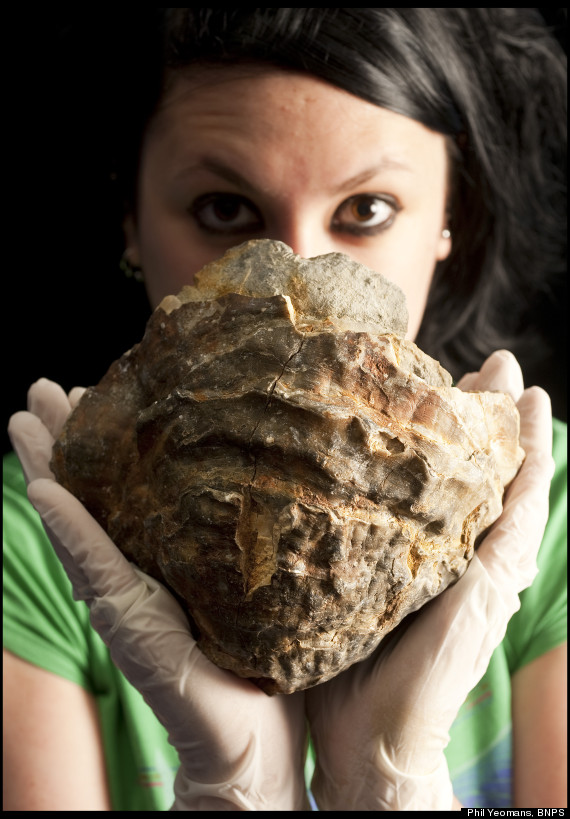 The oyster reportedly turned up in the Solent, a strait separating mainland England from the Isle of Wight.

From the size of the shell, it seems unlikely that any pearl inside this fossil could top the behemoth, clam-produced Pearl of Allah, which weighs 14 pounds and is estimated to be worth $60 million: 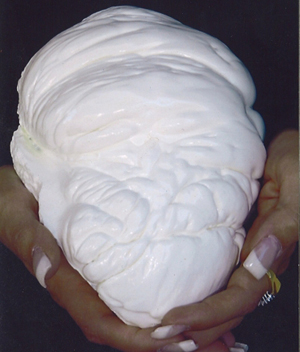 An oyster produces a pearl when an irritant slips inside its shell, prompting the invertebrate to cover the foreign object with a substance called nacre. Layers of this material coat the object, forming a pearl.

It's been a good year for oyster-hunters. In May, a man in northern California discovered an oyster measuring a record-breaking 13 by 6 inches.