That was Robert Cornelius' choice when he took what is believed to be the world's first selfie, a self-portrait he snapped one day in October 1839 while standing in the yard behind his family's lamp store in Philadelphia.

Of course, "snapped," is a relative term, as the Library of Congress estimates young Cornelius had to hold this position for somewhere between three and 15 minutes, depending on the amount of light in his backyard during the exposure. 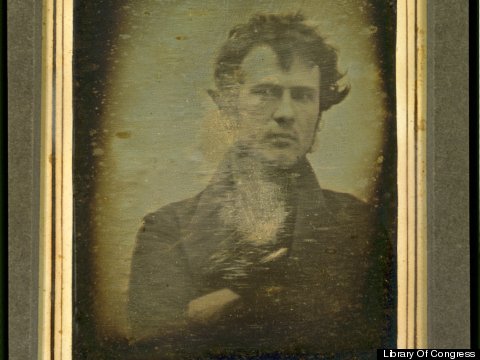 Unlike so many other stiff portraits from the dawn of photography, Cornelius' selfie seems considerably less formal. He stands slightly off-center, looking past the camera with uncombed hair and what looks like the beginnings of a scruffy beard. (Were he to also have a moustache, Cornelius might find himself at ease among today's hipsters.)

A note on back of the photo reads, "The first light picture ever taken."

After taking this photo, reports PetaPixel, Cornelius proceeded to open a photography shop -- one of the first in the United States -- before ultimately closing it in favor of helping run the family business.

Prior to the discovery of this photo, Business Insider ran a series of two selfies from the early 1900s, which the outlet speculated could be the oldest ever taken.