Consultant radiologist Ian Rothwell, a 55-year-old daredevil whose resume includes scaling Mount Kilimanjaro last year, ordered up a curry called "The Widower" at Bindi restaurant in Grantham, England. The dish is made with 20 Naga Infinity chilis, packs more than 6 million Scoville units and is so spicy that chefs preparing it wear goggles and a face mask.

Bindi's managing director and executive chef, Muhammed Karim, said that Rothwell took about an hour to polish off his plate, but that included a 10 minute walk outside during which he allegedly began hallucinating. Still, Rothwell's accomplishment is considerable -- he's the first of about 300 people to attempt "The Widower" and succeed.

Karim was full of praise for Rothwell:

Apart from spotting a few tears in his eyes, and the short period of hallucinating, he was cool and collected and seemed to cope very well. I have tried The Widower and it really is a killer. ... Dr Rothwell is a legend as far as I'm concerned.

Amazingly, Rothwell said that he felt relatively normal the following day, according to local website Grantham People. "I can confirm it was a little uncomfortable, but nothing terrible," he said.

The Daily Mail posted a video of the event, filmed by Rothwell's daughter, which shows Rothwell calm and composed. Watch it below.

CORRECTION: A previous version of this article stated that the chilis each packed 6 million Scoville units, when in fact that figure describes the spice level of the whole dish.

PHOTO GALLERY
Foods So Spicy You Need A Waiver 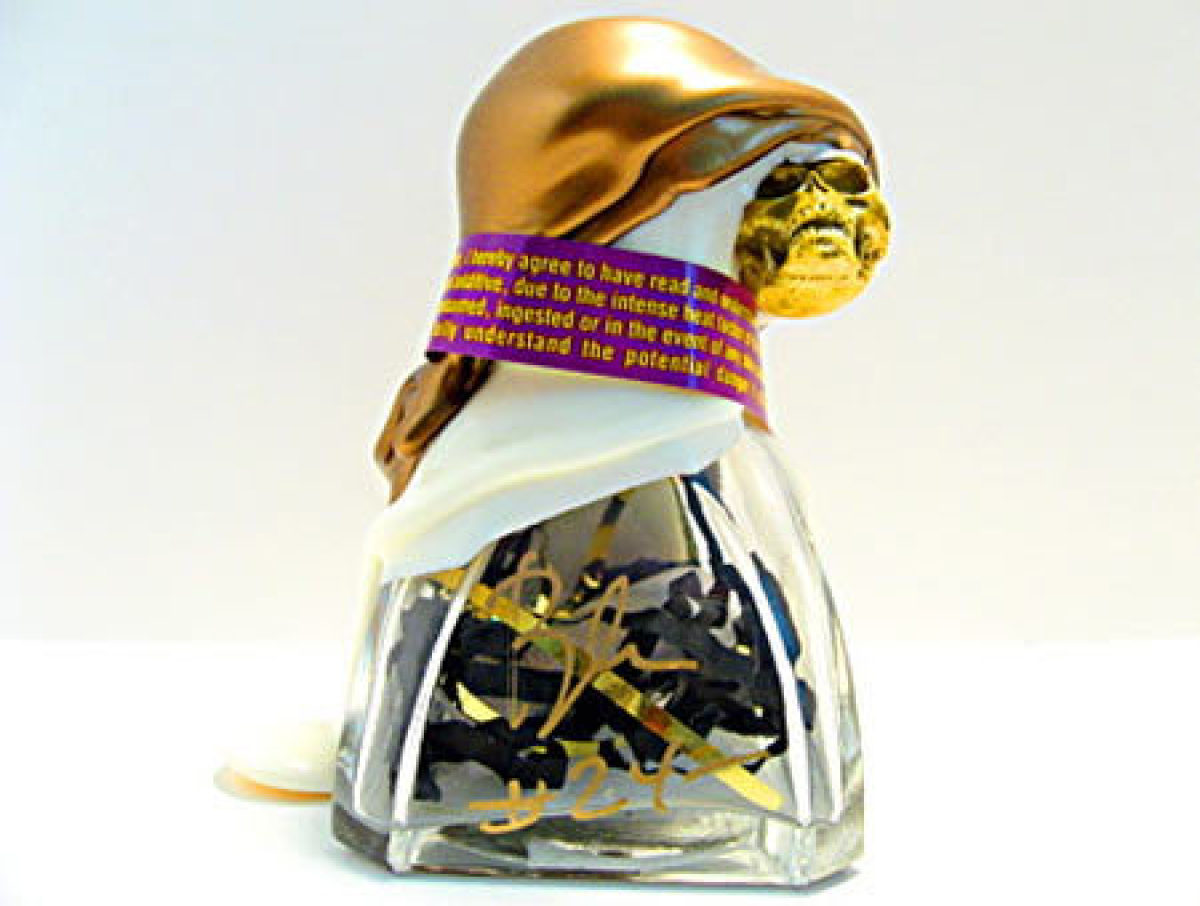 1 / 9
Blair's 16 Million Reserve Hot Sauce
<a href="http://www.tearsofjoysauces.com/" target="_hplink">Tears of Joy Hot Sauce Shop</a> in Austin, Texas sells Blair's 16 Million Reserve, a "chemical-grade capsaicin, a white crystal powder in a very small vial." In order to purchase this $300 product, one must have a 10-minute chat about the product, in addition to signing a waiver.