It's hidden beneath rolling hills, can be reached only via an underground stream, and now it has been named the world's biggest cave chamber: meet Miao Room. 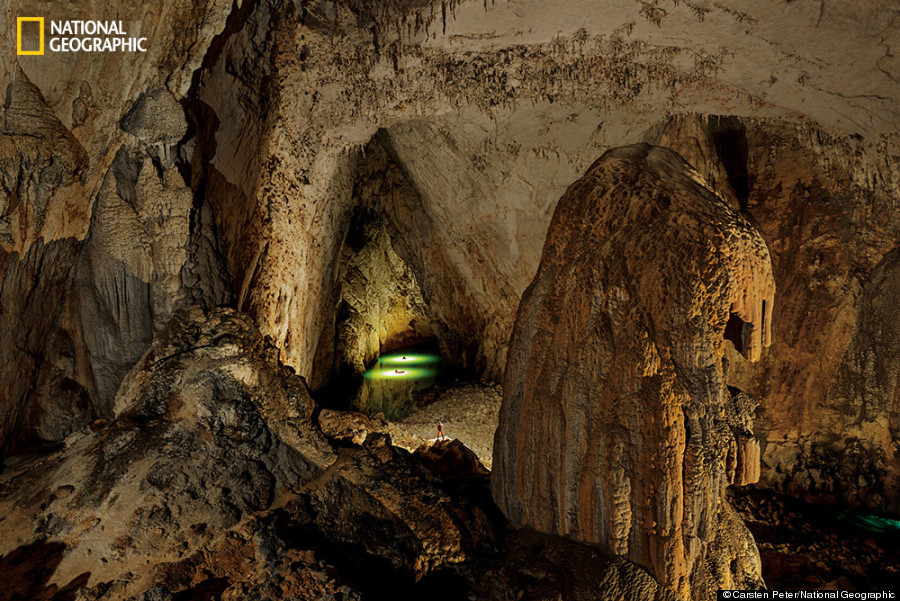 A photographer’s lights illuminate the green-hued Getu He river in the Miao Room -- now ​considered the world’s largest cave chamber by volume. The Miao Room volume measurement exceeds Sarawak Chamber in Malaysia, the past title-holder, by about 10 percent. Credit: © Carsten Peter/National Geographic News

Yes, a new measurement of China's vast Miao Room cavern shows that the cave chamber encompasses some 380.7 million cubic feet (10.78 million cubic meters). That beats out the past title-holder, Sarawak Chamber in Malaysia. However, the Malaysian cave chamber is still the world's largest by surface area (around 1.66 million square feet).

"To me this is like discovering that K2 is larger than Everest," Tim Allen, an expedition co-leader who studied the Chinese cave, told National Geographic. He was referring to K2, the Himalayan peak that is taller than all other mountains on Earth except Everest. 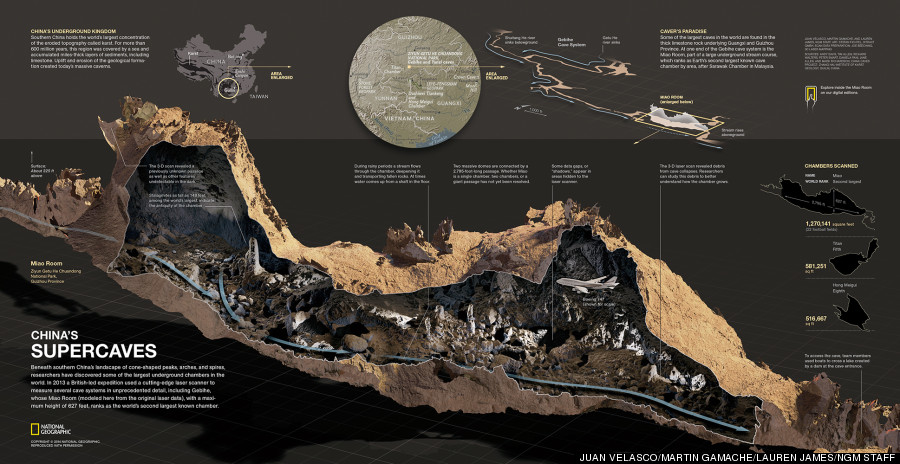 Beneath southern China’s landscape of cone-shaped peaks, arches, and spires, researchers have discovered some of the world's largest underground chambers. In 2013 a British-led expedition used a laser scanner to measure several cave systems in unprecedented detail, including Gebihe, whose Miao Room (modeled here from the original laser data), with a maximum height of 627 feet. Click on the photo above for a closer look at the map. Art Credit: Stefan Fichtel, Ixtract Gmbh. Scan Data Preparation: Joe Beeching

The Miao Room chamber, which is found within the Gebihe cave system at China's Ziyun Getu He Chuandong National Park, was first mapped with laser scanning surveys in 2013, National Geographic reported. Then researchers reprocessed those scans with help from scientists at the University of Lancaster in the U.K. to determine the volume and size of the Miao Room.

The measurements were announced at the Hidden Earth 2014 national caving conference, held in England from September 26-28.