The Lego model that puts all other Lego models to shame was proudly displayed in New York's Times Square last week.

The life-size Star Wars X-Wing fighter replica is being dubbed the world's largest Lego model and apparently took 32 "master builders" to put together. The model -- which reportedly weights 46,000 pounds -- took 17,000 combined hours to build, according to Businessweek.

It was on display in New York for three days through May 25 and will now be moved to LEGOLAND in California.

In case you missed it, here are some photos of the model in Times Square: 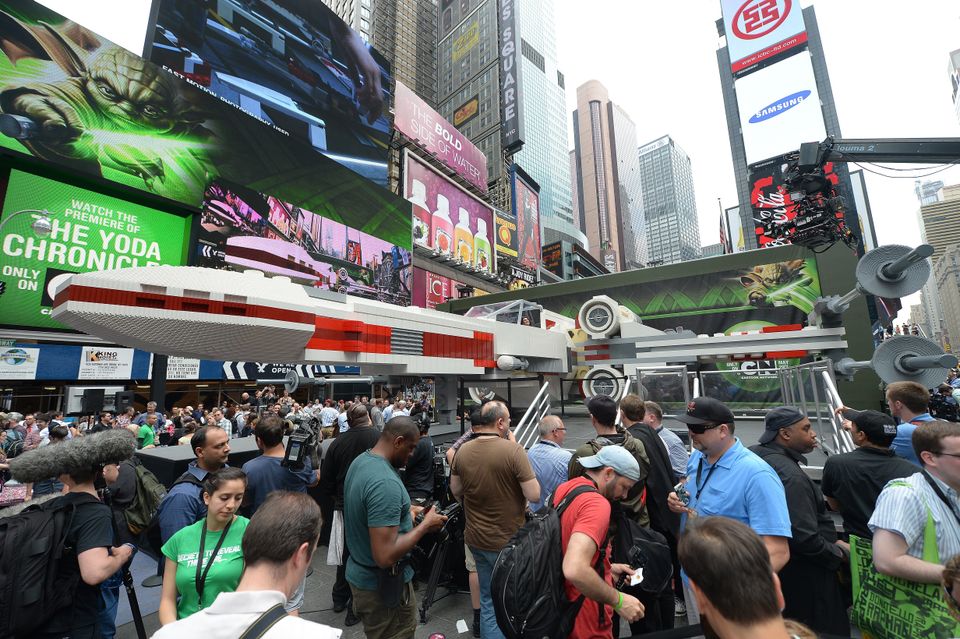 1 / 11
The world's largest LEGO model is on display at Times Square in New York, May 23, 2013. Made of 5,335,200 LEGO bricks and based on the X-wing starfighter that Luke Skywalker flies in the Star Wars movies, the model was transported to the United States from the LEGO Model Shop in Kladno, Czech Republic, where it was constructed by a team of 32 builders. The 11-foot-tall (3.3m), 43-foot-long (13m), and 44-foot wingspan (13.4m) model will be on view in Times Square May 23-25, 2013. AFP PHOTO/Emmanuel Dunand (Photo credit should read EMMANUEL DUNAND/AFP/Getty Images)
Getty Images