"We are so pleased to have created a larger than life version of our favorite candy-on-a-stick," See's Candies CEO Brad Kinstler told South San Francisco Patch.

Guinness World Records adjudicator Amanda Mochan declared the new record at the See's Lollypop Factory in Burlingame, Calif., on July 18, according to the Wall Street Journal.

The enormous candy is made with all the same ingredients as Sees' goodies, but it won't be eaten. Instead it will be recycled after spending some time on display.

The previous world records for world's largest lollipop were held by Ashrita Furman for a 2009 creation weighing 6,514 pounds and Jolly Rancher for their 4,016 pound concoction.

Catch the lolly in person on July 29 at AT&T Park during the Giants vs. Dodgers game. In the mean time, scroll through the slideshow for pictures and then watch a video of the unveiling, courtesy of KTVU. 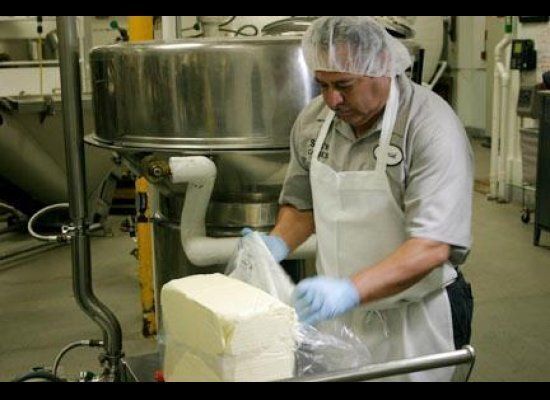