A frog that had been believed to be the last of its kind may finally find love before he, uh, croaks.

Romeo, a Sehuencas water frog captured 10 years ago in Bolivia, has spent the past decade in isolation at Bolivia’s Cochabamba Natural History Museum, sometimes making unanswered mating calls. Staff biologists have been trying to find him a mate in hopes of boosting the species’ numbers, according to the BBC.

It’s been a lonely decade for Romeo, and the matchmaking biologists attempted some unusual methods, including creating a Match.com profile last year, according to Smithsonian Magazine.

But unlike Shakespeare’s human Romeo, this lovelorn amphibian may get his happy ending.

Scientists who recently searched a remote Bolivian cloud forest managed to find five other Sehuencas water frogs, including a female that has been named ”Juliet,” according to Yahoo.

Expedition leader Teresa Camacho Badani of the Museo de Historia Natural Alcide d’Orbigny in Cochabamba City admitted this may be a case of opposites attracting.

“Romeo is really calm and relaxed and doesn’t move a whole lot,” Camacho Badini told the BBC. Juliet, she said, is “really energetic, she swims a lot and she eats a lot and sometimes she tries to escape.”

Romeo and Juliet haven’t actually gone out on the frog equivalent of a first date. Currently, Juliet and the other recently captured frogs are being quarantined so they acclimate to their new home, according to ZMEScience.com.

In addition, the froggy yentas want to make sure none of them are affected by chytridiomycosis, an infectious disease that has claimed most of the wild population.

“We do not want Romeo to get sick on his first date! When the treatment is finished, we can finally give Romeo what we hope is a romantic encounter with his Juliet,” Camacho Badani said.

Romeo, The World's Loneliest Frog, May Have Finally Found His Juliet
Lost Frogs 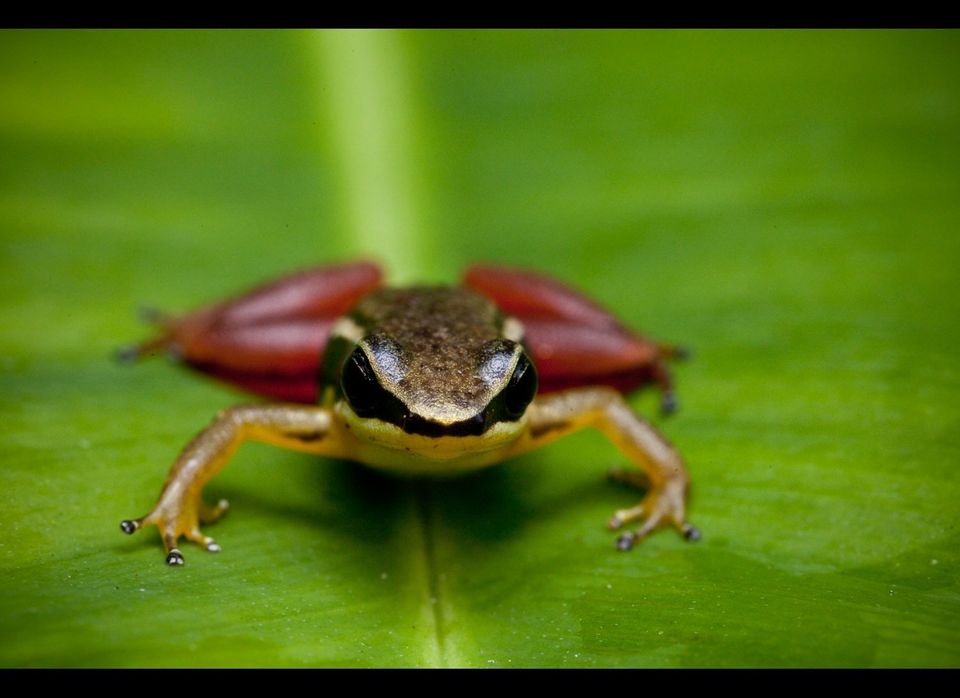