Meet Merlin. He may or may not be a wizard, but he does purr louder than any other cat.

The 13-year-old feline, who was rescued as a kitten, received the Guinness World Record for the loudest cat purr this week. His purr, which appears to hit 100 decibels on an iPhone app in the video above, was certified at 67.8 decibels for the Guinness record. The previous record of 67.68 decibels was set in 2011, according to the organization.

Owner Tracy Westwood didn't think much of Merlin's purr until she learned about the previous record holder, she says in the video. It was her New Year's resolution this year to see if Merlin could beat the record.

Westwood is proud of her cat, but he can cause some inconveniences. “If he’s cleaning [himself] he gets louder and sometimes if the telephone rings I do get people asking me what’s that noise in the background," she told Guinness. "I tell them it’s the cat but I don’t know if they believe me."

Yes -- you can believe your ears. 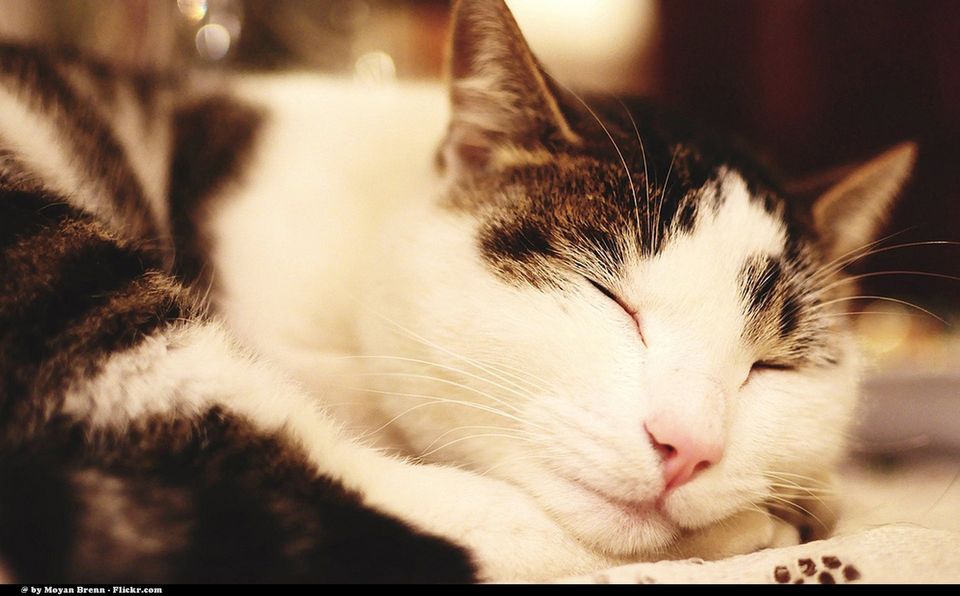 1 / 9
Cat
Cat Sleeping cat of my cousin on the table <b>Visit my travel blog <a href="http://earthincolors.wordpress.com" rel="nofollow">earthincolors.wordpress.com</a> to see my best pics and read my travel stories </b> <b> Follow me on <a href="http://www.facebook.com/MoyanBrenn" rel="nofollow">FACEBOOK </a> ( send me a friendship request) and <a href="http://twitter.com/moyan_brenn" rel="nofollow">TWITTER</a> to stay updated with my future pictures!</b> . <b><u>**** COPYRIGHT AND CC INFORMATION ****</u></b> If you like and want to use my photos you can do it for free <b>BUT</b> first <b>you HAVE to read and respect </b> my rules and policy reported in my profile page here <a href="http://www.flickr.com/people/aigle_dore/">www.flickr.com/people/aigle_dore/</a> Thanks
Moyan_Brenn/Flickr