Do you spend most of your work days gazing at cute animal clips on YouTube? (We won't tell your boss.) Why not tear yourself away from the computer and go see them in person? Read on to find out where you can visit the world's most adorable animals in the wild. 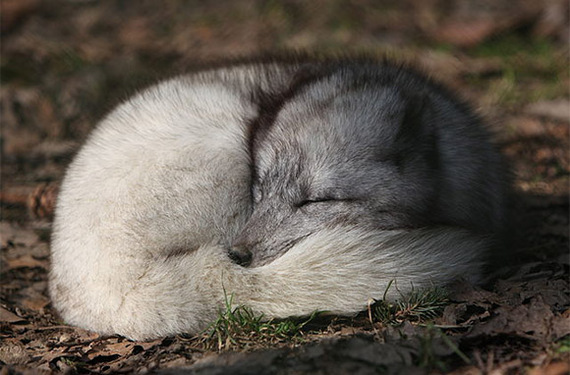 Arctic foxes are gorgeously white and fluffy for a practical reason—they can survive in cold temperatures as low as -58 degrees (and the white coats camouflage them within the snow and ice against predators). To find a fox, head somewhere chilly, like Alaska, Canada, Greenland, Russia, Norway, Scandinavia, or Iceland. 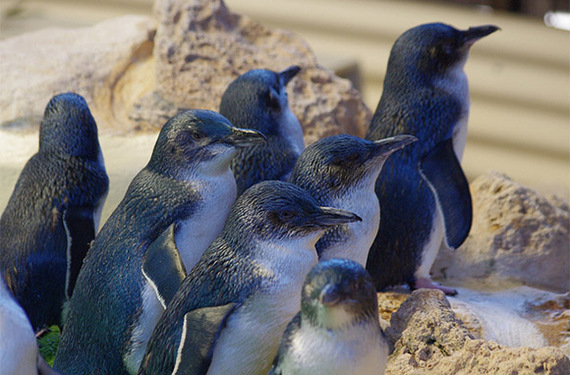 If you think penguins are cute, wait until you see the world's smallest species of penguin—aptly named Little Penguin. This tiny creature only grows about 13 inches tall! Look for them in on the coast of southern Australia and New Zealand. 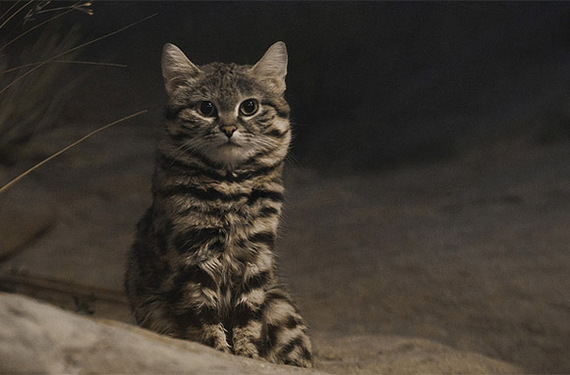 This teensy cat wouldn't look out of place next to a house cat—it's pretty much the same size. The Black-footed Cat grows to an average of 8 inches tall and weighs less than 5.5 lbs. Adding to the adorable factor, these cats have large rounded ears (which actually give them better hearing to help them hunt for food). Their name comes from their dark feet, which protect them from hot desert sand. You'll have to go to southern Africa to find them—specifically, Botswana, Namibia, or South Africa. 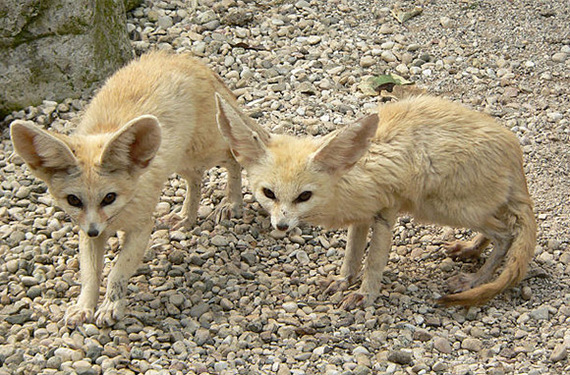 Everything about this fox is miniature-sized, except its disproportionally large ears—which help to dissipate heat. That's a good thing, since this animal is found in the Sahara of North Africa where it gets seriously hot. The fox's light colored coat also helps it stay cool (and keeps it warm on cold desert nights). 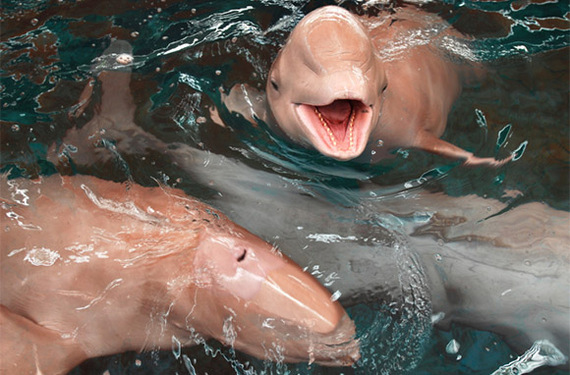 Dolphins are already pretty cute—but make them pink? That's just going overboard on the adorable scale. Although it sounds like something out of a Lisa Frank fever dream, pink dolphins do exist. They're known as the Amazon River Dolphin, and they live in Brazil, Peru, Bolivia, Ecuador, Colombia, and Venezuela. 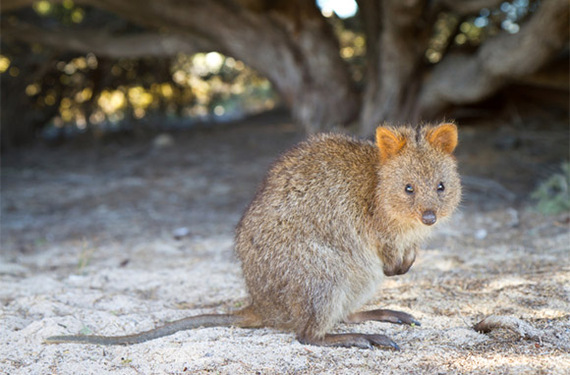 The Quokka was designed for selfies—it has a perma-grin and it isn't scared of people. Grab your smartphone and head to Australia to take a photo with them, but be sure not to touch or feed them when you're there. (Check out these excellent snaps for some Quokka photo inspiration.) 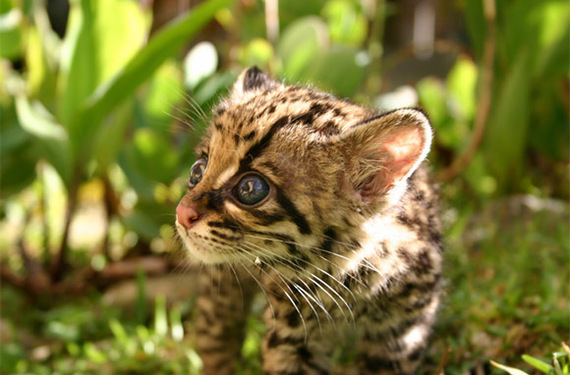 This cat looks like the model for the cat heart eye emoji—tiny, but with big, captivating eyes. The Margay is about the same size as most domestic cats, but much harder to find. Look for it in rain forests from Mexico to Brazil.

Related: How to Pack a Cat (and Other Tricky Packing Tips) 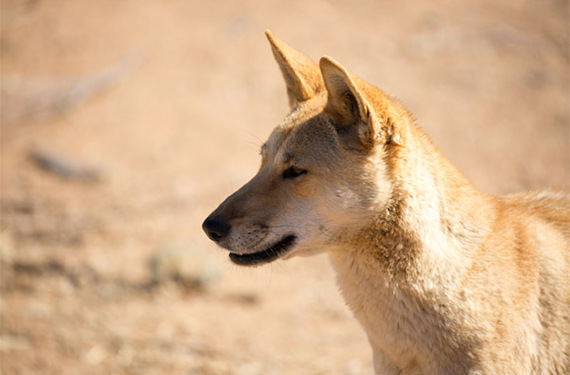 The Dingo is one of Australia's most famous animals, and you'll see them throughout the country. Although they look like cute puppies, many farmers see them as a nuisance, as they are known to kill livestock and other animals. They can also spread diseases to humans if they bite, so just admire them from afar. 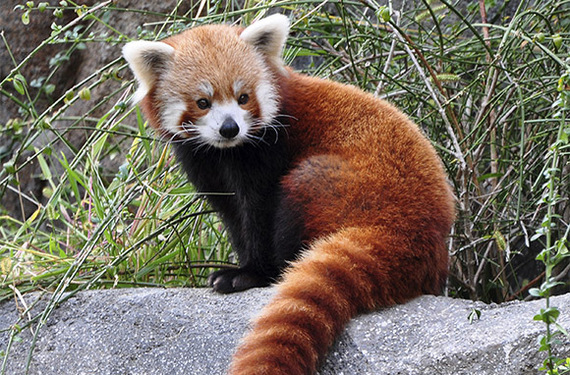 The Red Panda resembles a raccoon more than the Giant Panda, thanks to its diminutive size and markings. However, like giant pandas, they eat bamboo, and their population is sadly declining. Red Pandas are found throughout Asia. 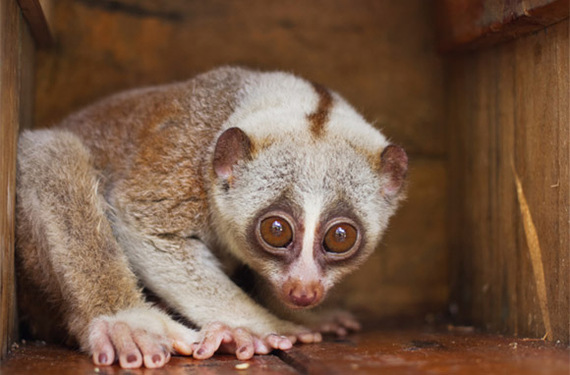 Slow Lorises may look cuddly, but you'll want to keep your distance from them, as they have a toxic bite that can kill. Unfortunately, this hasn't stopped many unethical people from killing them or attempting to smuggle them out of the country illegally, and they are now an endangered species. You can see them in the wild in Southeast Asia.

Read the original story: World's Most Adorable Animals (And Where to Find Them) by Caroline Morse, who is a regular contributor to SmarterTravel.