The South China Sea, eastern Mediterranean Sea and Black Sea number among the world's most dangerous seas, according to a new study commissioned by the World Wildlife Fund (WWF).

Though pirates, sharp-toothed predators or the mystery of the Bermuda Triangle may come to mind when one thinks of perilous waters, the WWF study focuses on shipping accidents and points out the seas that are the planet's worst hotspots. These oft-overlooked disasters pose a threat not only to the well-being of humans and a ship's cargo and equipment, but to the environment as well.

“Since 1999 there have been 293 shipping accidents in the South China Sea and east Indies, home of the Coral Triangle and 76 percent of the world’s coral species,” said Simon Walmsley of WWF International, according to a media release. “As recently as April this year we've seen a Chinese fishing boat run aground on a protected coral reef in the Philippines that had already been damaged by a U.S. Navy ship in January.”

Researchers say the old age and poor maintenance of some shipping vessels, as well as slipshod enforcement of safety regulations, are contributing factors to accidents.

"Badly maintained and operated vessels have a higher probability of causing loss of human life, loss of vessels and of impacting the marine and coastal environment," the study, released on June 8 (World Oceans Day), reads. 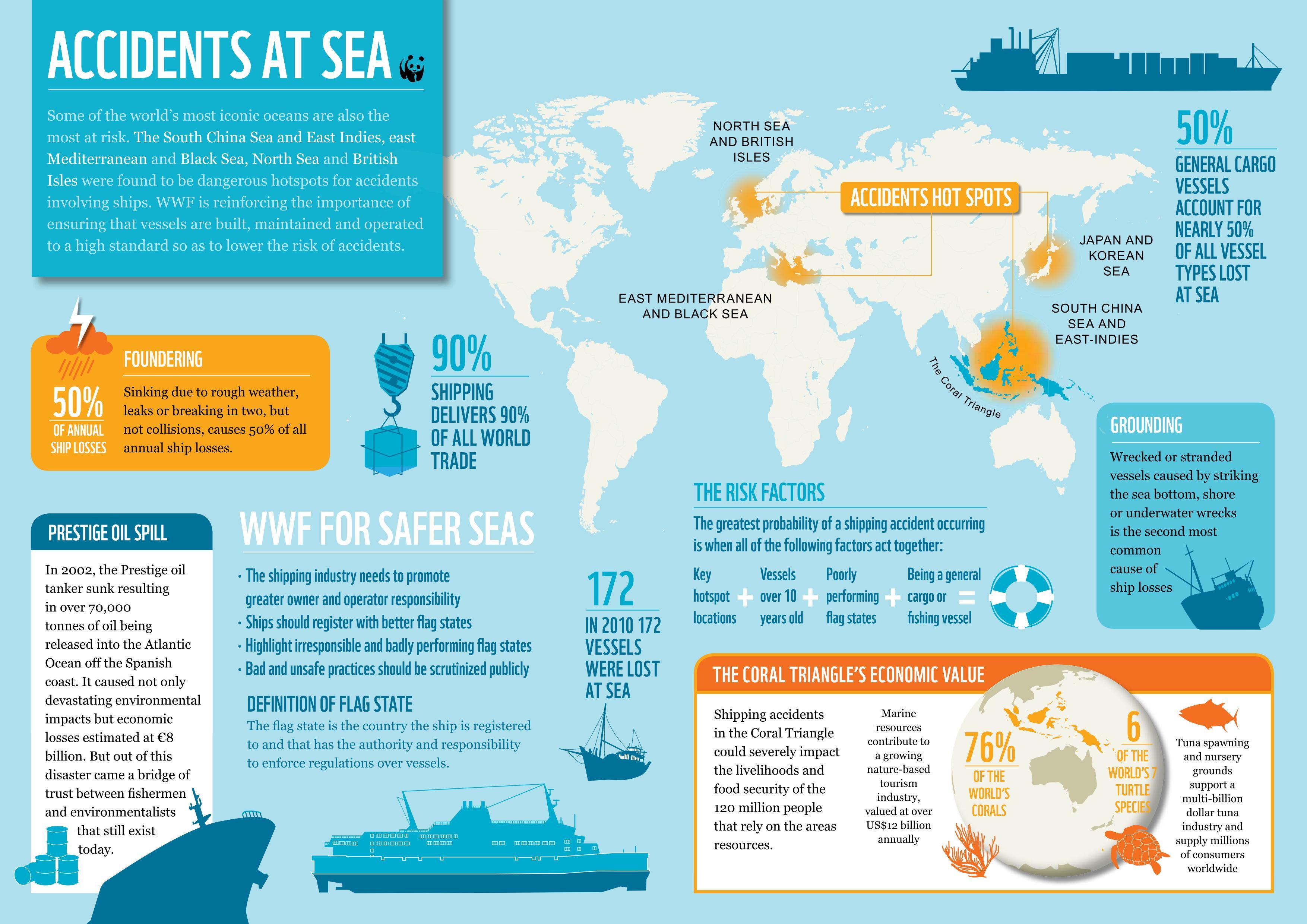 Researchers warn that with climate change and the increase of ocean traffic, shipping accidents may become more frequent in the future. To counter that, better governance and oversight at a state and international level, as well as an increased responsibility borne by those in the shipping industry, is required, the WWF says.

Though preventing shipping accidents is a crucial step, the protection and preservation of the world's marine environments must involve a multi-pronged approach that includes the tackling of climate change, the better regulation of the fishing industry and the reduction of water pollution, among other efforts, say conservation groups.

To learn more about marine conservation and how you can help, visit the websites of environmental groups Greenpeace, the WWF and the Nature Conservancy. 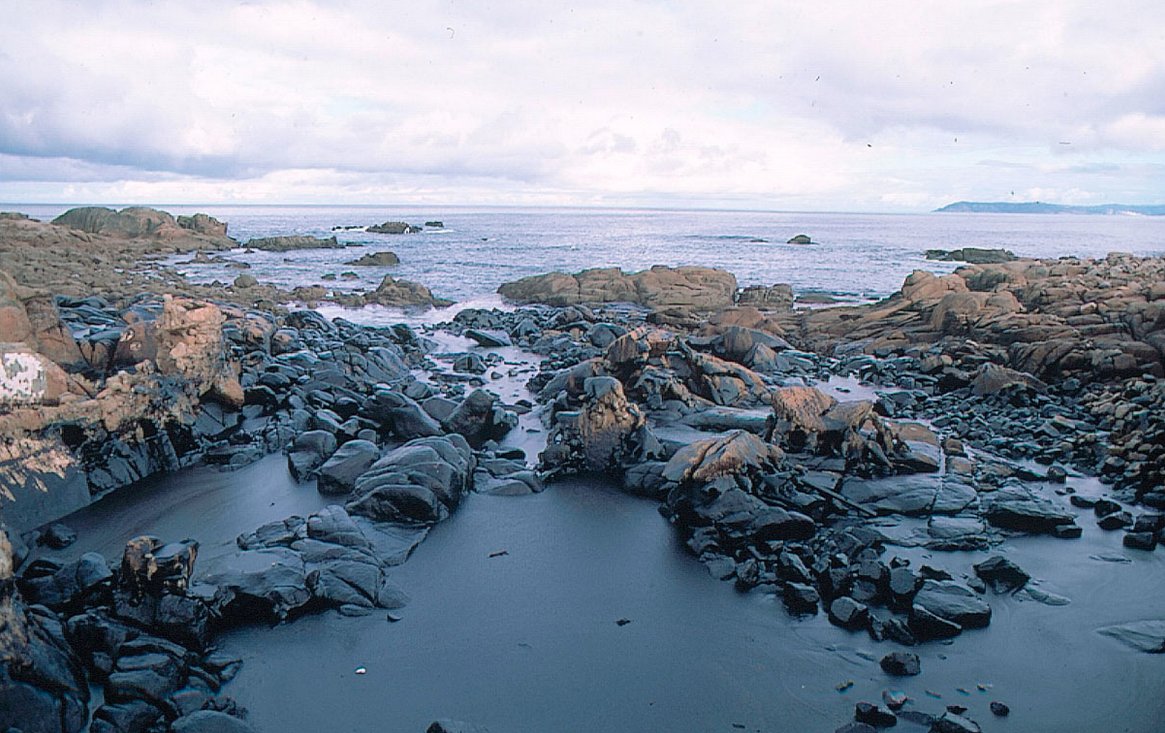 Oil spill on the Galician Costa de la Muerte near Camelle, Spain, after the tanker Prestige sank in 2002, causing more than 70,000 tonnes of oil to be released into the Atlantic Ocean. (Credit: WWF)