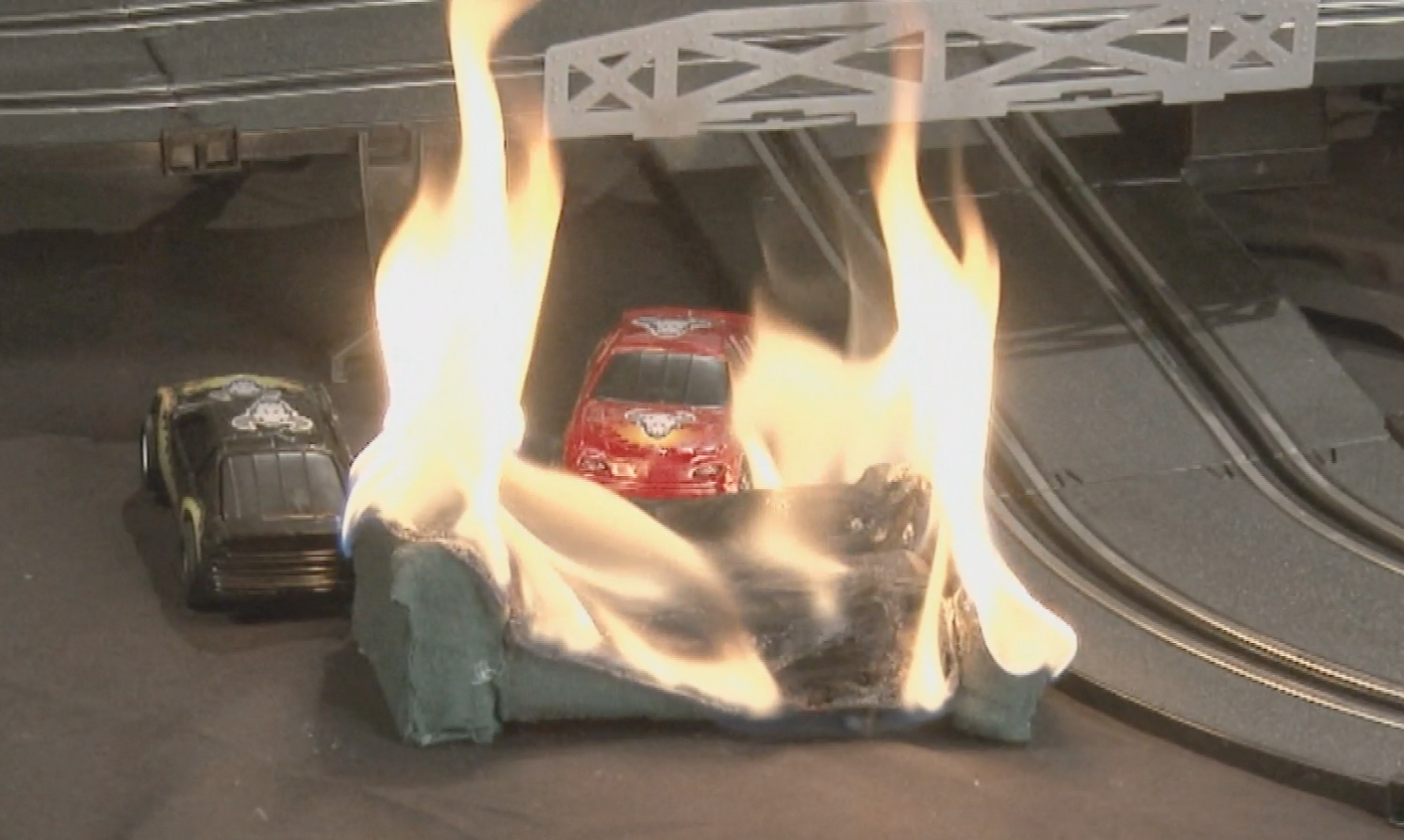 What causes the world's most infuriating traffic jam? You know, the one that makes even the most introverted Americans scream like a sorority girl in a Freddie Kruger movie? Great news. We're going to reveal the secret...

But first... some background.

The average American commuter spends 38 hours a year stuck in highway traffic. Even worse news, 36 of those hours are spent stuck next to that guy in the Plymouth Vega with the rolled down windows whose still blasting "Gangham Style" on the 19 of his 36 speakers that he hasn't blown out yet.

And even worser news, if you live in Los Angeles or near Washington, DC, the number of hours stuck in highway traffic jumps to almost 60 hours a year. On the upside for Los Angeles commuters, during more than half of those hours stuck in traffic, you'll be driving next to a very pretty girl who spends most of the drive adjusting her breasts as she rushes off to an audition.

According to Texas A&M's annual traffic mobility study, cumulatively, American drivers spend 5.5 billion unnecessary hours stuck in traffic... which results in the purchase of an additional 2.9 billion gallons of fuel.

So, what causes all this traffic?

And as frustrating as all of this is, there's one highway traffic scenario more so than all the others -- that is more infuriating, more confusing, more "What the F?" than all the rest. It's the one where you're cruising along at 70 mph and then -- suddenly and without warning -- you are now creeping along at three miles per hour -- and this goes on for like 10 minutes, that feel like 10 millennia -- and then, just as suddenly, you're back to going 70 mph. Baffled, you look around there's no cops, no accident, no exploded tire, no Lindsey Lohan, nothing to indicate what caused the world's most infuriating traffic jam.

Jon Hotchkiss is the creator of This vs That, the #1 choice for science enthusiasts, skeptics and critical thinkers. See This vs That for just $5.49 -- that's all 6 one-hour episodes at 50% off. Use Code: 50%off6 at checkout.