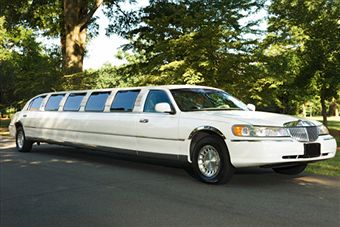 BEVERLY HILLS, Calif. -- For the typical ambulance ride to the hospital, you are strapped down on a stretcher and made to endure a rather bumpy, uncomfortable, bare-bones ride with solely the most basic life-sustaining drugs and equipment ready in case they are needed. The primary contact you have with the surly, over-worked ambulance attendants is their questioning you about your insurance coverage. But for those in the higher-income brackets, there is now a very different kind of ambulance ride available. In fact, it has been described as the world's most luxurious ambulance service!

"This is not your father's ambulance," remarked Platinum Ambulance president Roger Pelham, 43. "Everything from the tires to the engine to the hand-carved, imported mahogany interior is state-of-the-art. The ride itself is whisper-quiet and so smooth it feels as though you're floating on pillows. No stretchers; you're on an imported, Svenborn goose-down bed. At your disposal is a bar, jacuzzi, library, full computer and entertainment systems with satellite radio and TV, a personal chef, a masseuse or masseur, and a personal assistant to immediately handle even your slightest whim."

"What an enormous waste of money and squandering of resources," complained housewife and trailer park inhabitant Edna Kenner, 57. "The money these people are paying for that kind of nonsense could provide food and shelter for this country's hurricane and flood victims for months. Shame. Shame!" But apparently there are many people not bothered by the shame. "We have a two year waiting list of people who want to use one of the Platinum ambulances," revealed Pelham. "And that convinced me to move on to our next exciting project -- the first national chain of luxury public restrooms. Wait'll you see these. You'll never want to leave the bathroom."