If reputations are like shadows, as Abraham Lincoln wrote, which country casts the longest one?

This week, the Reputation Institute, an international reputation management consulting firm based in New York and Copenhagen, released its 2013 rankings of the world's most reputable countries as identified by a survey of over 27,000 G8 citizens. Respondents were asked to rate 50 countries based on the level of trust, admiration, respect, and affinity they felt towards them.

Check out the slideshow below to see the most reputable country in the world in 2013.

Europe leads the world in reputation, boasting 7 of the 10 highest-ranked countries in the 2013 Country RepTrak Report. This includes the second-most reputable country this year: Sweden. The rest of Scandinavia also made it to the top 10, with Norway in 5th place and Finland in 8th.

The survey also gauged the reputation of each nation's government, economy, and general environment through appraisals of 16 specific attributes. For its part, Sweden had the world's best reputation for its social and economic policies and international participation. Switzerland, which was ranked third overall, was ranked highest for its natural beauty, appealing lifestyle, safety, and business environment.

On the other end of the scale, Iraq had the lowest reputation of any country considered in 2013, followed by Iran, Pakistan, and Nigeria. The 50 countries in the survey include the world's largest economies and "countries of interest due to recent economic, political or natural events."

The United States had the 22nd-best reputation this year, one position higher than last year. It boasted the second-highest reputation for well-known brands and 6th-highest for culture.

Interestingly, Spain's internal ranking of its reputation was actually 7 points lower than its external reputation. Reputation Institute Managing Partner Fernando Prado explained to Forbes that, though austerity and rampant unemployment have diminished Spain in its citizens' eyes, it still has "one of the world’s most developed tourism infrastructures and has been deploying a continuous communication effort around it."

If you think that the United States should hire a reputation manager like the Reputation Institute to help improve their image, they actually have in the past.

According to the International Herald Times, Charlotte Beers, former chairwoman of the J. Walter Thompson Worldwide advertising agency, was appointed undersecretary of state for public diplomacy and public affairs after 9/11 to sell the Bush Administration's foreign policy to the world. As Salon notes, she spearheaded the Shared Values Initiative, which produced a series of roundly criticized video ads, She resigned less than a year later.

As Prado told Forbes, the United States has “a negative emotional halo” associated with its role as a world superpower.

Check out our slideshow below to find out which country had the best reputation in the world this year.

PHOTO GALLERY
The World's Most Reputable Countries
Download
Calling all HuffPost superfans!
Sign up for membership to become a founding member and help shape HuffPost's next chapter
Join HuffPost 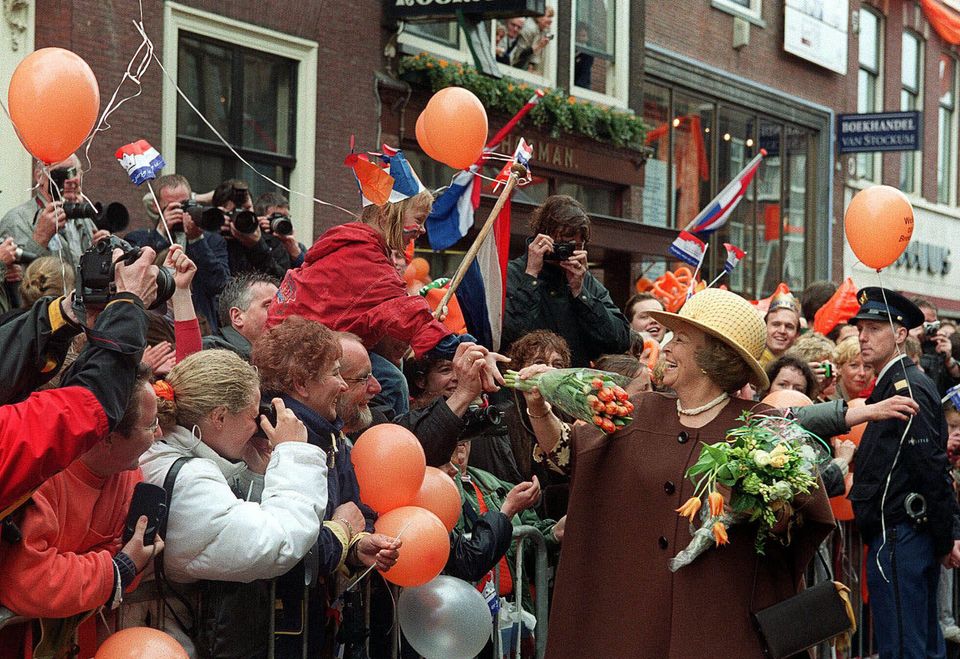 1 / 9
9. Netherlands
In this file photo, Dutch Queen Beatrix receives tulips during her visit to the western Dutch city of Leiden. Queen Beatrix announced she is to abdicate in favor of Crown Prince Willem Alexander during a nationally televised speech Monday, Jan. 28, 2013. Beatrix, who turns 75 on Thursday, has ruled the nation of 16 million for more than 32 years and would be succeeded by her eldest son, Crown Prince Willem-Alexander. (AP Photo/Raymond Rutting, Pool, File)
AP