Few would have guessed that the world's oldest car would have sold for $2 million more than expected.

The 1884 De Dion Bouton et Trepardoux Dos-a-Dos Steam Runabout fetched a record-breaking $4,620,000 at auction in Hershey, Pennsylvania late Friday evening, according to CNN Money. The steam-powered vehicle still runs, and, despite not being powered by gasoline, is believed to be the world's oldest usable and running automobile.

The vehicle managed to fetch about twice its estimated value, though many, including Jonathan Welsh of the Wall Street journal, felt it would have a hard time even reaching the $2 million range. Ultimately the auction did not disappoint.

“We were honored to have been entrusted with the sale of this most important motor car from the renowned collection of the late Mr. John O’Quinn. The world’s leading automotive collectors recognized the incredibly rare opportunity the sale represented, as was reflected in the spirited bidding and impressive result,” said in a press release Rob Myers, Chairman & Founder, RM Auctions.

At its peak, the car reached 37 miles per hour, and was among the fastest vehicles in existence during its racing career. Just five people have claimed ownership of the De Dion during its long documented history, according to the press release.

Be sure to check out photos of the historic vehicle below, courtesy RM Auctions: 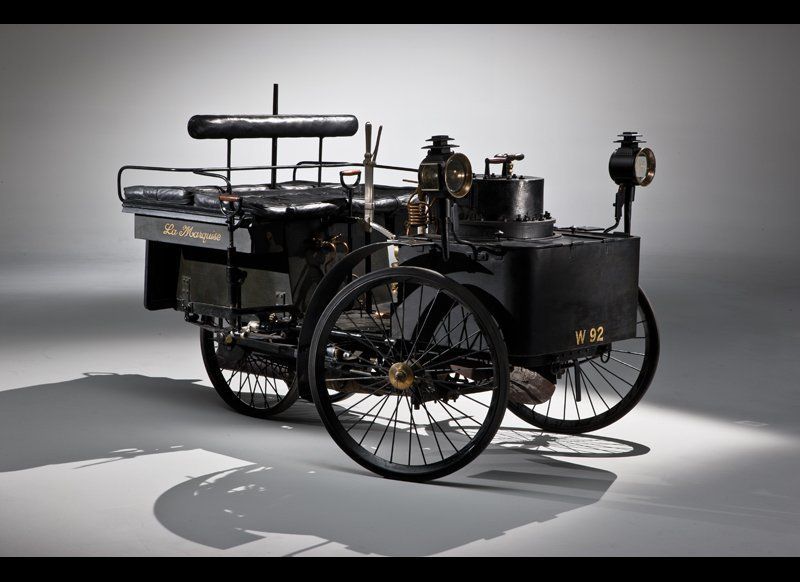