A German archaeologist by the name of Klaus Schmidt has claimed discovery in Turkey of the world's oldest temple. Called Gobekli Tepe, it predates Stonehenge by six thousand years, and Smithsonian magazine writes that "the find upends the conventional view of the rise of civilization:"

Six miles from Urfa, an ancient city in southeastern Turkey, Klaus Schmidt has made one of the most startling archaeological discoveries of our time: massive carved stones about 11,000 years old, crafted and arranged by prehistoric people who had not yet developed metal tools or even pottery. The megaliths predate Stonehenge by some 6,000 years. The place is called Gobekli Tepe, and Schmidt, a German archaeologist who has been working here more than a decade, is convinced it's the site of the world's oldest temple...

...Schmidt points to the great stone rings, one of them 65 feet across. "This is the first human-built holy place," he says...

...And partly because Schmidt has found no evidence that people permanently resided on the summit of Gobekli Tepe itself, he believes this was a place of worship on an unprecedented scale--humanity's first "cathedral on a hill."

Scroll down for photos of the site from the Smithsonian magazine. (More photos here, full story here.) 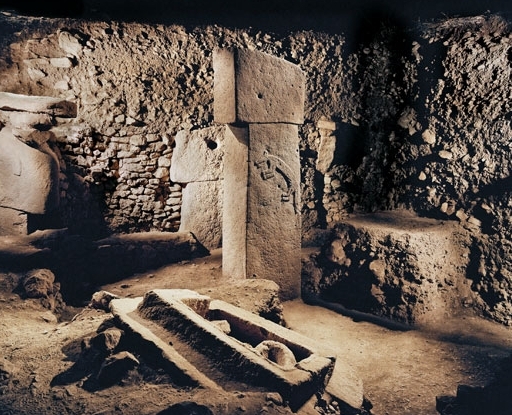 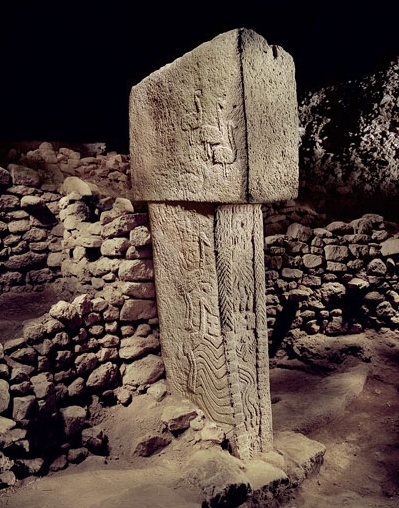