A recently discovered painting in Spanish caves in Costa Del Sol was found by scientists to be approximately 42,000 years old, making it the oldest artwork ever. What is more, this artwork is also the first known painting by Neanderthals, not homo sapiens. Professor Jose Luis Sanchidrian called it an "academic bombshell" and its effects will reverberate through the field of Art History for years to come.

What is the oldest painting of, you ask? The pictures appear to be seals; the drawings are not half bad for a caveman!

Check out these images of other found works of cave art: 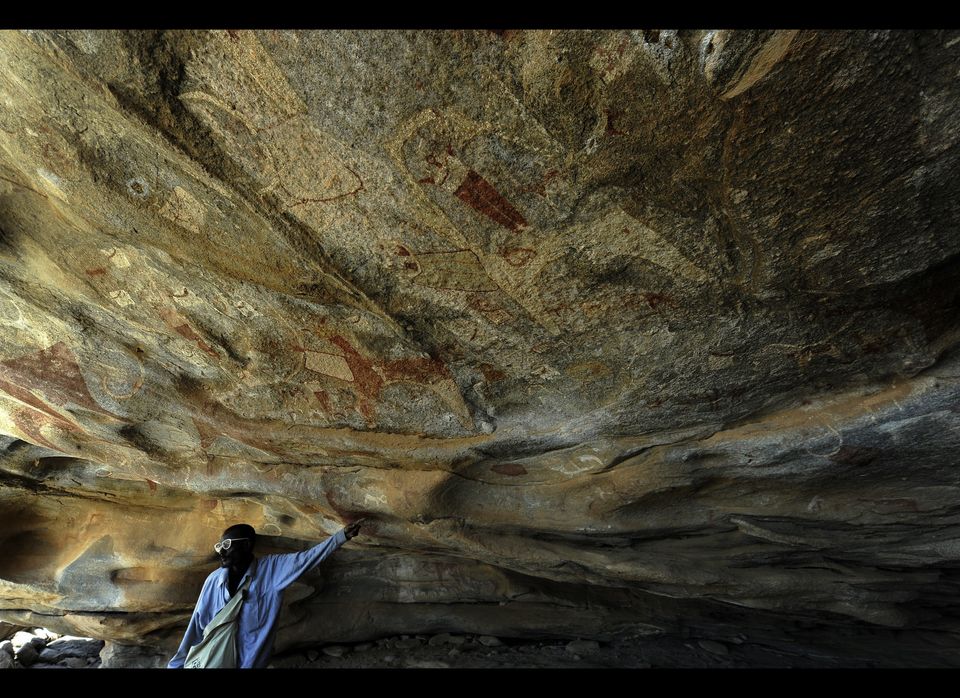 1 / 5
This photo taken on March 31, 2011 shows a Somalian archaeolgist pointing to a primitive rock painting, one of a galaxy of colourful animal and human sketches to adorn the caves in the rocky hills of this arid wilderness in northern Somalia, in Laas Geel, home to Africa's earliest known and most pristine rock art. In ten caves in Laas Geel, Somali for 'camel watering hole', outside Hargeisa, the capital of Somalia's self-declared Somaliland state, vivid depictions afford a peek at a pastoralist history dating back some 5,000 years or more. The paintings were discovered in 2002 by a French archeology team and have since been protected to stem looting after their value became apparent to locals who previously feared they were the work of evil spirits.The cave galleries provide a peek into the little known history of this part of the world, which in recent times has mostly been famous for bloody conflicts and instability. AFP PHOTO/Tony KARUMBA (Photo credit should read TONY KARUMBA/AFP/Getty Images)
Getty