They say yoga keeps you healthy and young; the epitome of that adage is 96-year-old Tao Porchon Lynch.

Lynch is the oldest known living yoga teacher in the world, as recognized by the Guinness World Records in 2012. In a new video for Barcroft TV, she reveals her secrets to maintaining an incredible mind, body and spirit as she approaches her 100th birthday.

“I’m 96 years old, and I just dance and do yoga,” Lynch explains in the video.

For more than 45 years, Lynch has been traveling the globe, teaching others about the transformative power of yoga, her website states. Today, she continues to do so as a yoga instructor in upstate New York at the Westchester Institute of Yoga, which she founded in 1982.

"It’s hard to capture the essence of the 'Tao experience' in mere words,” Andrea Kurtz, one of her students, says on Lynch’s website. “What happens when you’re in her presence is the transformation of your untapped possibilities into actuality.”

Prior to mastering yoga, Lynch worked in the entertainment industry. Throughout the 1940s and 1950s, Tao was an actress in America, England and France. She also wrote screenplays and produced documentaries, according to her website.

“I’ve been like this since I was a child, there’s so much to do, and if we spend our time just sitting there like this, it’s not going to help at all,” Lynch says in Barcroft’s video. “Nothing’s impossible. What ever you want to do in life just tune in to know within you is the answer to everything. And just don’t let anybody tell you, 'You know that you’re getting old.'”

Other yogis over the age of 50 have expressed their feelings about the benefits practicing yoga yields at an older age.

For example, 61-year-old Patricia Walden, star of the popular exercise DVD “Yoga For Beginners” told Yoga Journal that the practice seems to turn back time.

“Sometimes I’ll wake up stiff and wonder what my body will feel like if I start doing backbends," Walden said. "Then I begin practicing, and I forget that I’m 62. Twenty minutes into my practice, I feel younger. Inevitably, the power of yoga takes over and you feel ageless!” 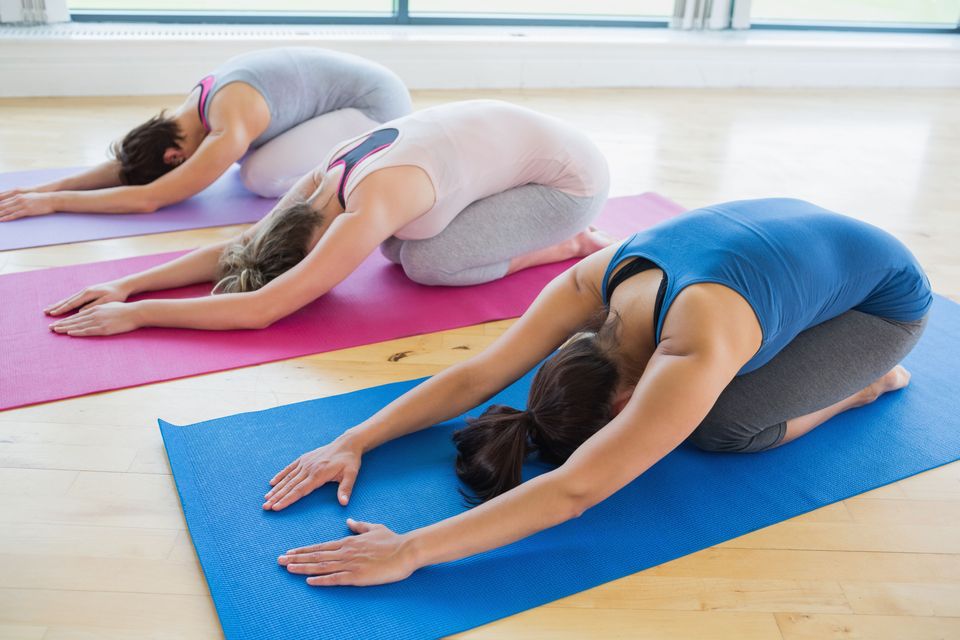 1 / 10
Child's Pose (Balasana)
The calming child's pose is a resting posture that can help quiet the mind, easing stress and anxiety while gently stretching the back. It's also good for the nervous system and lymphatic system, Kennedy notes. "It's one of the key poses that you can come to in the middle of a class whenever you want to to relieve stress," she says. "It's very restorative ... it's child-like and allows us to come inward to ourselves."
Alamy