Sorry ladies, the world's tallest man is officially off the market.

At 8 feet 3 inches, 30-year-old Sultan Kosen has the high honor of being the world's tallest man. And on Sunday, his 5-foot-9 girlfriend, Merve Dibo, offered him her (much smaller) hand in marriage, at a wedding ceremony held in Mardin, Turkey.

"I found the love of my life," the 21-year-old Dibo said to Turkey's state-run news agency, Anatolia. "I hope this happiness would last forever and ever."

And that quote is even more romantic when you consider Kosen's search for love.

In 2009, after officially earning the crown of "world's tallest man" Kosen told Guinness World Records he hoped the title would help him fall in love.

“It’s really difficult to find a girlfriend. They are usually scared of me," he explained. "Hopefully now that I'm famous I'll be able to meet lots of girls. My dream is to be married."

Per the Agence France-Presse, Kosen's wedding suit had to be custom made out of nearly 20 feet of fabric. His shoes also required special effort, reports Metro News. 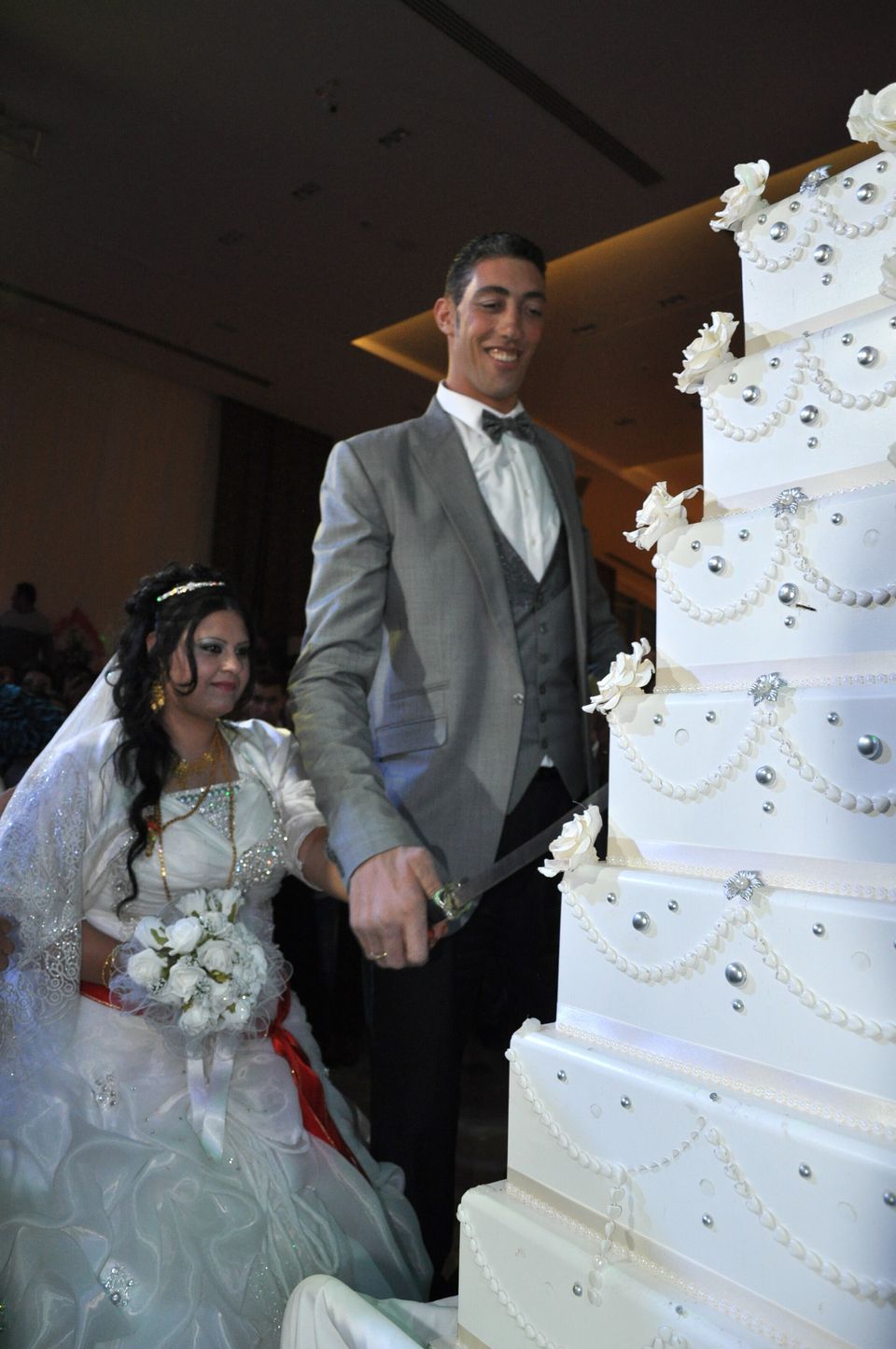