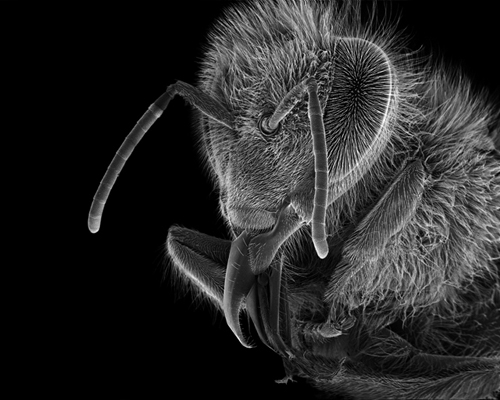 The first time artist Rose-Lynn Fisher looked at a bee's eye magnified 10x to 500x in an electron microscope, she was amazed to see a field of hexagons, just like honeycomb. "I wondered, is this a coincidence or a clue?," notes Fisher. " Is it simply that hexagons are ubiquitous in nature, or is there a deeper correspondence between the structure of the bee's vision and the structure she builds - in other words, similar frequencies being expressed in similar form?" This got Fisher wondering if there exists a parallel kind of encoding relevant to humanity. "At a refined level of our own nature, does our deeper capacity to see and to do correspond with an intrinsic structuring?" 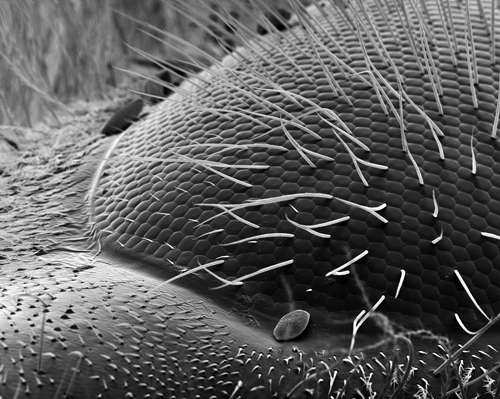 The answers may not be self-evident, but the fabulously surreal frontiers that emerge in Fisher's black-and white photographs of the bee are as intriguing as our own DNA. Minute segments of anatomy are revealed in startling detail, from the bee's curved hairs, pollen baskets and wing shafts to its mandibles and elliptical eye domes. This internal architecture speaks to the haunting complexity not only of the bee (what Fisher refers to as "the ultimate pollinator"), but of all sentient creatures. 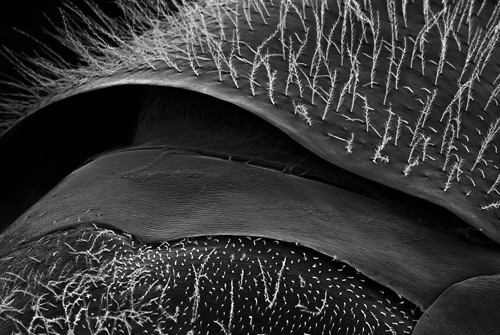 Fisher's work has drawn accolades from scientific and artistic communities around the world, and is also the subject of a book published by Princeton Architectural Press titled "Bee," which has particular relevance given the looming threat of colony collapse. Speaking of this tiny but mighty creature, Fisher opines: "Theirs is a peaceful society whose industries benefit life. " Words to live by. 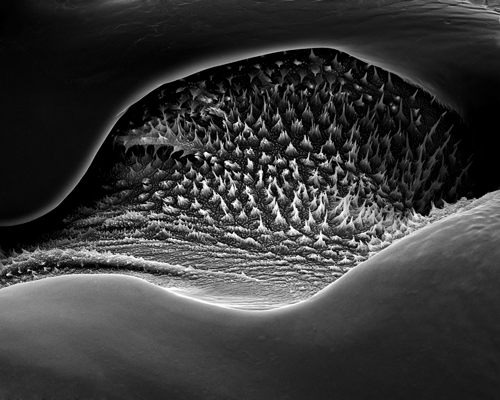